By Andrew Alderson at Headingley

A case of déjà vu for New Zealand on the opening day of the third dead-rubber cricket test against England at Headingley.

Daryl Mitchell and Tom Blundell have resurrected the visitors' hopes with an unbeaten sixth-wicket stand of 102 to take the Black Caps to 225 for five after winning the toss and choosing to bat.

Mitchell is 78 and Blundell 45, emulating their efforts from Lord's and Trent Bridge.

Research suggests that is the first time a pair of New Zealanders have made century partnerships in three consecutive tests.

Their application was admirable, resisting the English attack and a number of failed reviews to stitch their resistance together. Mitchell's strength was in disruption, constantly ensuring bowlers struggled for rhythm by hitting spin down the ground and anchoring his stance outside the crease. Similarly, Blundell darted about in customary fashion but with a still head that set up precise, low-risk stroke-making.

Returning captain Kane Williamson looked to have made the right decision on a fawn pitch. However, runs proved scarcer than Gib board at times.

Henry Nicholls' dismissal summed up New Zealand's mojo to complete the middle session. He drove spinner Jack Leach in the air, but safely so it seemed, to the legside of the ducking umpire Richard Kettleborough.

The non-striker unintentionally middled the ball into Alex Lees' alert hands at mid-off. Howzat? That's out.

To paraphrase the Marylebone Cricket Club's law 33.2.2.3: A batter will be striding back to the pavilion in a state of perplexed fury if a fielder catches the ball after it has touched the wicket, an umpire, another fielder, a runner or the other batter.

Nicholls battled gamely to 19 off 99 balls in 137 minutes after coming to the crease at 62 for three. He survived an lbw shout from Matthew Potts on four. An inside edge simultaneously slammed into his pad to earn the "benefit of the doubt" from the decision review system. He would have been punished by the "benefit to the umpire" if a dismissal had originally been given.

Leach and debutant Jamie Overton added to the pressure as Nicholls struggled for timing, but that could largely be said for the collective top order.

The visitors moved to 65 for three at lunch with Tom Latham, Will Young and Williamson returning to the pavilion.

Latham fended an edge off Stuart Broad to Joe Root at first slip to complete the first over, a wicket maiden.

A second-wicket stand of 35 with Young was sound, but England captain Ben Stokes played a tactical trump card bringing on Leach in the 13th over.

Young, on 20, was plumb with the first ball. He chose to review but, as one press box wag noted, you should lose two reviews if the delivery's deemed to hit the middle of middle stump.

Williamson, a man forced out of his home summer with an elbow injury and the second test at Trent Bridge, was hungry. 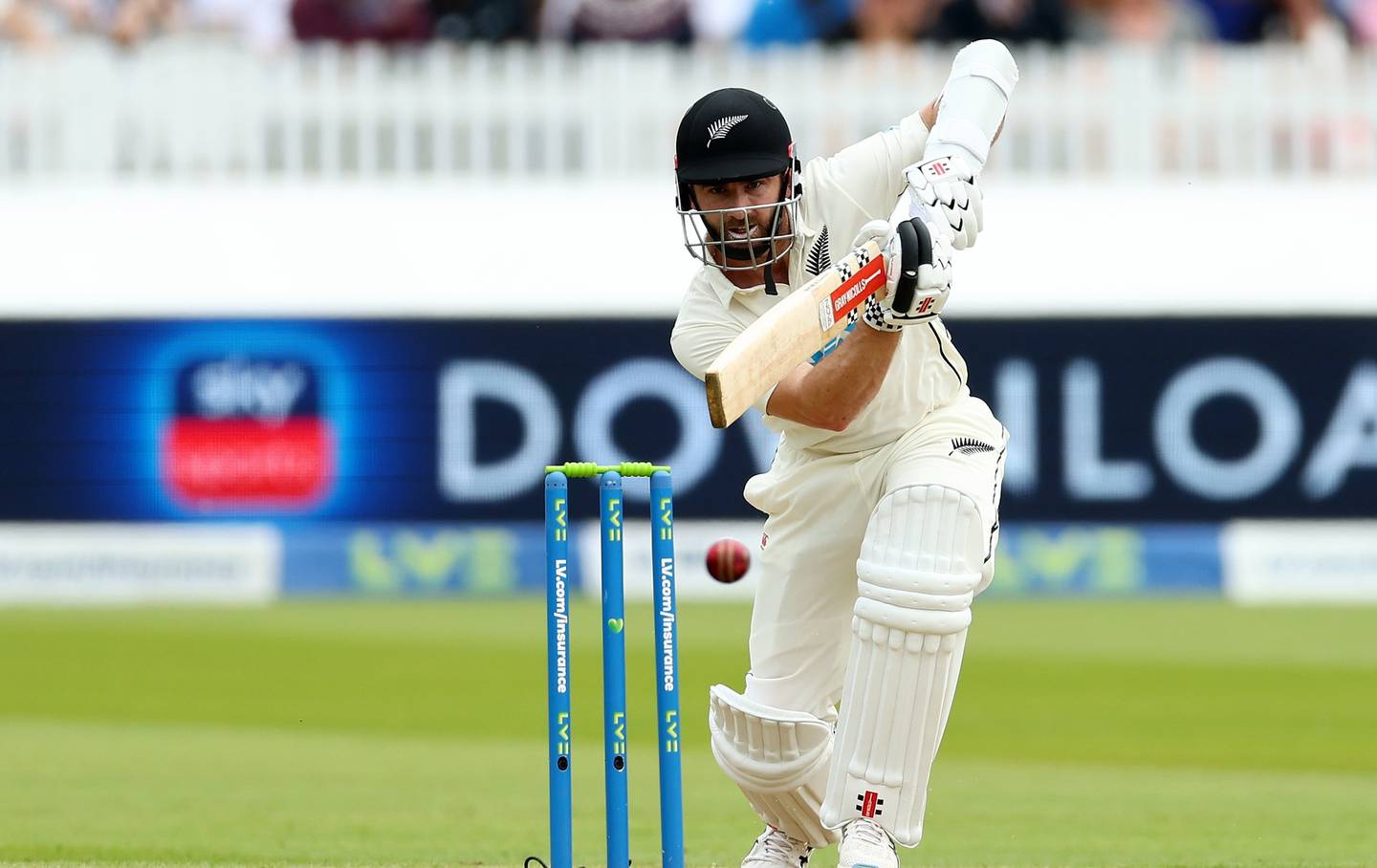 His determined streak brought 31 off 64 balls, but Broad lured an edge via a leg cutter into the gloves of Ben Foakes.

Devon Conway and Nicholls got the Black Caps to lunch, albeit with the former getting an inside edge on 11 at 63 for three in the 25th over again from Broad to Foakes. The keeper would have needed a reactionary superpower to snare the catch.

Conway eventually became Overton's maiden wicket with an inside edge into his stumps for 26.

Mystery surrounded the make-up of the New Zealand attack to start the day when off-spinner Michael Bracewell was preferred to left-arm orthodox Ajaz Patel.

That news means Bracewell can now be classed as a specialist, like Uncle John. Whoever was chosen looks set to deliver plenty of overs.

Presumably something other than Bracewell's maiden test figures of three for 122 from 25.2 overs swayed the thinking to pick him for his second outing over the third man in test history to take 10 wickets in an innings last December at Mumbai?

One factor might be Patel's record at Headingley, albeit from a minute sample size. In 2019 he played one match for Yorkshire against Kent at Headingley and took two for 231 from 35 overs.