Kane Williamson's tour of Australia has gone from bad to worse, with the Black Caps captain absent from training today with flu-like symptoms.

Williamson, who has made just 57 runs in four innings so far on tour, and has come under criticism for his captaincy decisions, missed the Black Caps' first hitout at the Sydney Cricket Ground, and has limited time to get right for the third test, which starts on Friday. 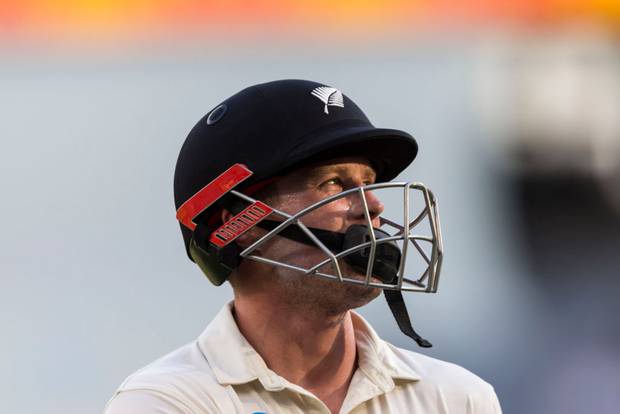 The Black Caps have limited batting cover on tour, with out-of-form opener Jeet Raval the only batsman waiting in the wings, with bowlers Todd Astle, Kyle Jamieson, Matt Henry and Will Somerville the only other options who didn't play in Melbourne.

However, Williamson's potential absence would be the biggest blow, even though the skipper is currently in the midst of his worst return over a four-innings stretch since the disastrous tour of South Africa in January 2013, where New Zealand were infamously rolled for 45 on their way to two heavy defeats.

Had Joe Denly not committed one of the worst drops in the history of cricket when Williamson was on 62 against England in Hamilton, Williamson would be averaging just 19.8 in his last 10 innings, and his captaincy is coming under closer scrutiny as well.

Williamson's decision-making in the field has been criticised during the lengthy spells the Black Caps have been forced to spend in the scorching sun – including criticism from former skipper Brendon McCullum, who suggested he wasn't enjoying being captain as much as he had in the past. Neither Williamson nor coach Gary Stead would be drawn on whether Williamson's captaincy in all formats was too high a workload - Williamson did acknowledge it was "a challenge" - but Stead had no doubts that his skipper would soon return to his best.

"It's not just Kane; many of our players have had a pretty tough time over here. The dismissal [in the second innings], it was pretty unlucky I thought, on another day he carries on and he could have got a hundred – it changes that quickly. Kane's fine, like all players you go through ups and downs at times, this is obviously a challenging part of his career."

Hopefully for the Black Caps, Williamson will recover in time to get the chance to make amends.