Unbearable freezing temperatures, lack of hot food and Covid-isolation hell – the Beijing Winter Olympics may only be two days old but already the athlete complaints are flying in.

Putting on a global event the size of the Olympics inside a strict closed-loop was always going to be difficult – not even uber-efficient Japan dared to go the whole way six months ago for the summer edition, opting for semi-permeable bubble life to try and hold off the pandemic in Tokyo.

But this time around it is China's way or the highway – quite literally, or else risk an escorted trip to your nearest isolation facility – and the system is already riling up athletes and countries alike.

There are admittedly some things outside of the hosts' control. Cold conditions come with the territory at a Winter Games and under International Ski Federation (FIS) rules, competitions are only stopped from taking place when the temperatures drop below -20c – but that does not account for the wind chill factor.

On Sunday the Swedish delegation made a plea that cross-country skiing events, scheduled late afternoon and early evening to appease European television audiences, be brought forward in order to better protect athletes.

It came the day after skier Frida Karlsson was seen shaking and complaining of feeling "completely empty" at the end of the women's 7.5km+7.5km skiathlon at the National Cross-Country Centre in the mountains of Zhangjiakou, 130 miles north-west of Beijing. Temperatures were around -13C, without windchill. 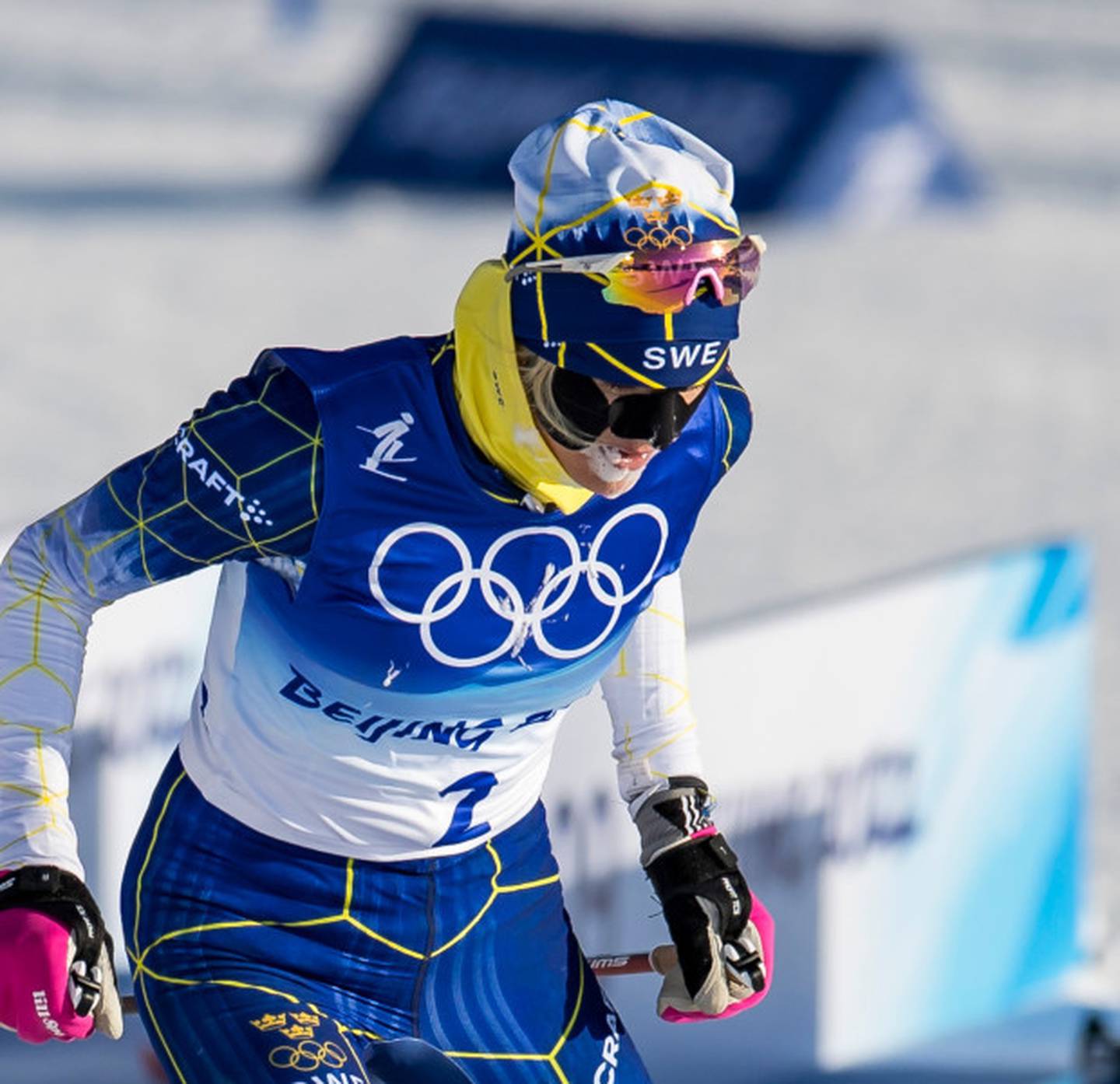 Meanwhile the heavy winds that postponed the men's downhill at the Yanqing Alpine Skiing Center would not have riled the German team used to such frequent occurrences in skiing but another issue drew their ire.

"The catering is extremely questionable, because really it's not catering at all," said Germany's coach Christian Schwaiger. "I would have expected that the Olympic Committee is capable of providing hot meals. There are crisps, some nuts and chocolate and nothing else."

And all this is before getting onto the Covid-specific gripes, of which there have been numerous.

Since January 23, more than 350 Games participants, including dozens of athletes, have tested positive upon arrival in the Chinese capital. The threat of Covid looms large constantly. From prior to getting into the country – such as British cross-country skier Andrew Young, now belatedly in Beijing but who did not manage to escape the virus despite squirrelling himself away on a Norwegian mountain – to asymptomatic athletes testing positive in China and being escorted via an ambulance to a dedicated isolation hotel.

Those with symptoms have even less choice – it's straight to hospital.

Poland short-track speed skater Natalia Maliszewska was eventually released back to the Olympic village – before being told there had been a mistake with another spell of quarantine; ruling her out of Saturday's 500m heats.

"People got me out of my room at 3am," she said. "This night was a horror, I slept in my clothes in my bed because I was afraid that at any moment someone would take me back to isolation. Then a message that unfortunately they were mistaken." She added: "To me this is a big joke. My heart and my mind can't take this anymore."

An Australian mixed doubles curler was told her Games were over on Sunday and a flight home booked after testing positive again – only to be given a reprieve and allowed back on the ice hours later at short notice.

"I was ruffling through my bags and ripping clothes out left, right and centre," said Tahli Gill. "I played with only one glove on – and it was the wrong one." In what represented a remarkable turnaround, Gill and Dean Hewitt, Australia's first Olympic curlers, managed to not only beat Switzerland but also Canada for their first wins of the Games.

Others have not been so lucky. Russian biathlete Valeria Vasnetsova detailed her quarantine experience on Instagram. "My stomach hurts, I'm very pale and I have huge black circles around my eyes. I want all this to end. I cry every day. I'm very tired," she wrote.

Germany's Chef de Mission Dirk Schimmelpfennig claimed the isolation room of three-time Olympic Nordic combined champion Eric Frenzel was "unacceptable" while the team of Finnish ice hockey player Marko Anttila said he was being kept in isolation for no reason.

"From a medical perspective we know that a person like this is no longer infectious, no danger to the other team," Finnish doctor Maarit Valtonen said. "These isolation decisions are not based on medicine or science, it's more cultural and political decisions."

In response, an IOC statement said: "We feel for every athlete who cannot compete because of a Covid-19 infection. The protocols have been put in place to ensure safe Olympic Games for everyone.

"All the cases are managed in full accordance with the rules stated in the Playbooks and in the adjustments which were made to the protocols."