NBA legend Charles Barkley has praised Steven Adams' performance during the Memphis Grizzlies' 101-98 defeat to the Golden State Warriors on Tuesday – echoing fans and pundits on social media who were baffled by coach Taylor Jenkins' potentially costly decision to pull Adams late in the game.

Adams, who was dropped from the Grizzlies' starting lineup throughout the playoffs and recently returned from the league's Covid-19 health and safety protocols, was back as a starter in their crucial game four Western Conference Semifinals matchup against the Warriors.

Despite impressing during his 27 minutes of game time, including a franchise playoffs record 10 rebounds in the first half, Adams was taken out of the game late in the fourth quarter after the Grizzlies held the lead for the vast majority of the clash.

The lack of Adams' presence in the paint and on the boards appeared to cost Memphis as the Warriors ended up taking their first lead of the game with under a minute to play, with Memphis abandoning the size and physicality – thanks in part to the 2.11m Adams – that proved so successful.

While the Grizzlies shot poorly (nine of 35 from behind the arc) as Warriors guard Stephen Curry took over late in the game, the stats seemed to further highlight Jenkins' decision to go without Adams down the stretch.

The 28-year-old big man finished with a double-double of 10 points, 15 rebounds (seven offensive) and three assists, and led the team with a +13 plus/minus. 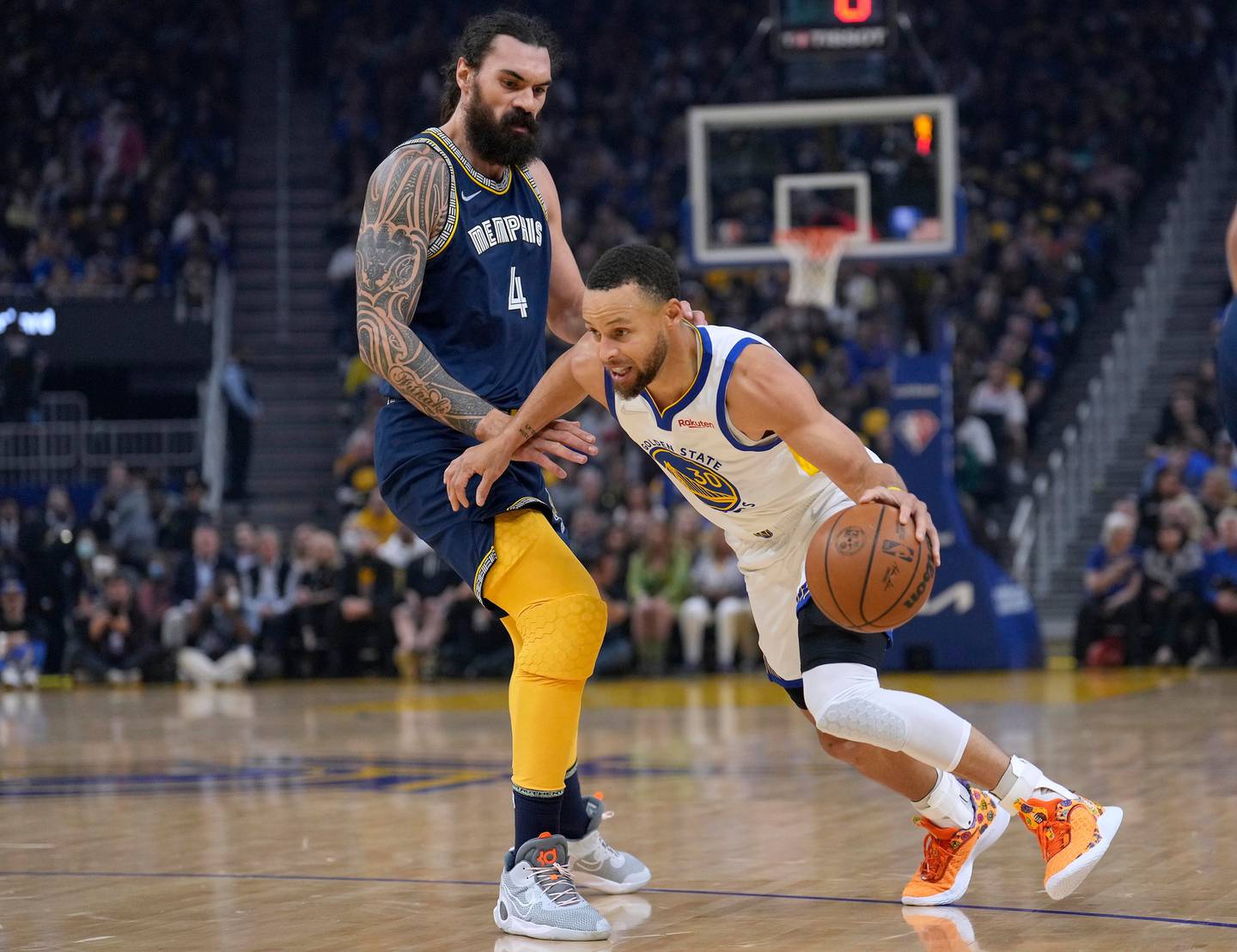 Speaking on Inside the NBA on TNT, Barkley questioned Adams' absence late in the game, adding that he believes the New Zealander could've been the difference maker if he was healthy from the start of the series.

"They should've been bullying these boys from day one. That could've been the difference in the series," Barkley said after complimenting Adams' performance.

"They found, to me, the one weakness that Golden State has. Their lack of size is a big deal. Adams, he was dominating inside, rebounding, offensive rebounding ...

"If they would just physically man handle the Golden State Warriors in the paint and in the post, it's a huge advantage. Because they've only got one big guy who is going to compete [with the big men] and that's Draymond – and he's an undersized guy. But Adams was huge to me. Unfortunately he had Covid to start it. But now it's too late."

The loss saw Memphis drop to a 3-1 deficit in the best-of-seven series, with the team suffering another blow with news that star guard Ja Morant will likely be out for the rest of the playoffs with a knee injury.

Fans and pundits were even more critical of Jenkins' decision to bench Adams late in the game, with one fan on social media saying: "Why on earth did he pull Adams for the fourth quarter? Grizz were up then he pulls Adams and Grizz lose the lead. Jenkins lost two of these games with terrible rotations."

Adams, for his part, shrugged off the disappointing defeat in his typically light-hearted style, showcasing why he's one of the league's most beloved stars.

After starting off his answers in the post-game press conference by saying the loss came down to a few plays that could've been fixed, Adams turned comedian when asked what those fixes were.

"Can't disclose that information mate, keep it under wraps. But it's not a complicated thing, it's not something we can't do.

"I know I gave you nothing but make those words work alright mate," Adams grinned.

The jokes continued after Adams was described as "a big guy" by one of the NBA journalists.

"What do you mean by big mate? Are you saying I'm fat?" Adams joked.

This exchange between Steven Adams and this reporter is hilarious pic.twitter.com/7cUe0CVvFK

The Grizzlies will hope to keep the series alive when they take on the Warriors in game five today at 1.30pm.