Day four of the Australian Open is here, with a blockbuster clash between Daniil Medvedev and Nick Kyrgios headlining the bill.

Routliffe and Venus move on

A match isn't over until the final point has been won, as Erin Routliffe and Michael Venus proved in their first-round mixed doubles match.

The New Zealand paring has progressed into the second round of the draw after a remarkable tiebreak victory over Australian duo Alex Bolt and Lizette Cabrera.

The Australian pair actually won more points in total than the Kiwis (87 to 86), however Routliffe and Venus got the one that counted in a match that was close from start to finish.

Routliffe and Venus were down early, with their serve broken in the second game of the match. However, they hit back immediately and with no other break point opportunities for either pair in the set, a tiebreaker was needed. The Australians took the first set 7-6 (5).

As the match went on, both pairs created opportunities to break serve, and it became a matter of who would hold their nerve. Routliffe and Venus out-broke Bolt and Cabrera (three to two) to take the second set 7-5 and force the deciding tiebreak set.

Things looked grim for the Kiwis early in the decider as they fell to a 5-0 deficit. However, they kept fighting and won the next six points in a row.

The Australian duo had match point at 9-8 on serve, but were unable to close the match out. The Kiwis went on to seal the final set 13-11 with their third match point. Of the 24 points played in the tiebreaking set, only nine were won on serve.

World No175 Christopher O'Connell has secured the biggest win of his career, with the Australian wildcard knocking world No13 Diego Schwartzman out of the tournament in straight sets.

O'Connell had never made it through to the third round of a Grand Slam in his career to date, however held his own against Schwartzman to change that.

Unlike a lot of players at the top of the rankings, Schwartzman does not have the asset of an overpowering serve, and O'Connell took advantage of the opportunities against serve when they presented themselves.

Both players took a break in the opening set, but O'Connell was able to see off three set points to force a tiebreaker and went on to take the set 7-6 (6).

With confidence running high, O'Connell went on with the job, getting the breaks he needed in the second and third sets, taking both 6-4.

He will now hard serving American Maxime Cressy in the third round.

There were no such troubles for other seeds early in proceedings today, with Andrey Rublev (5), Daniel Evans (24) and Marin Cilic (27) all moving on. 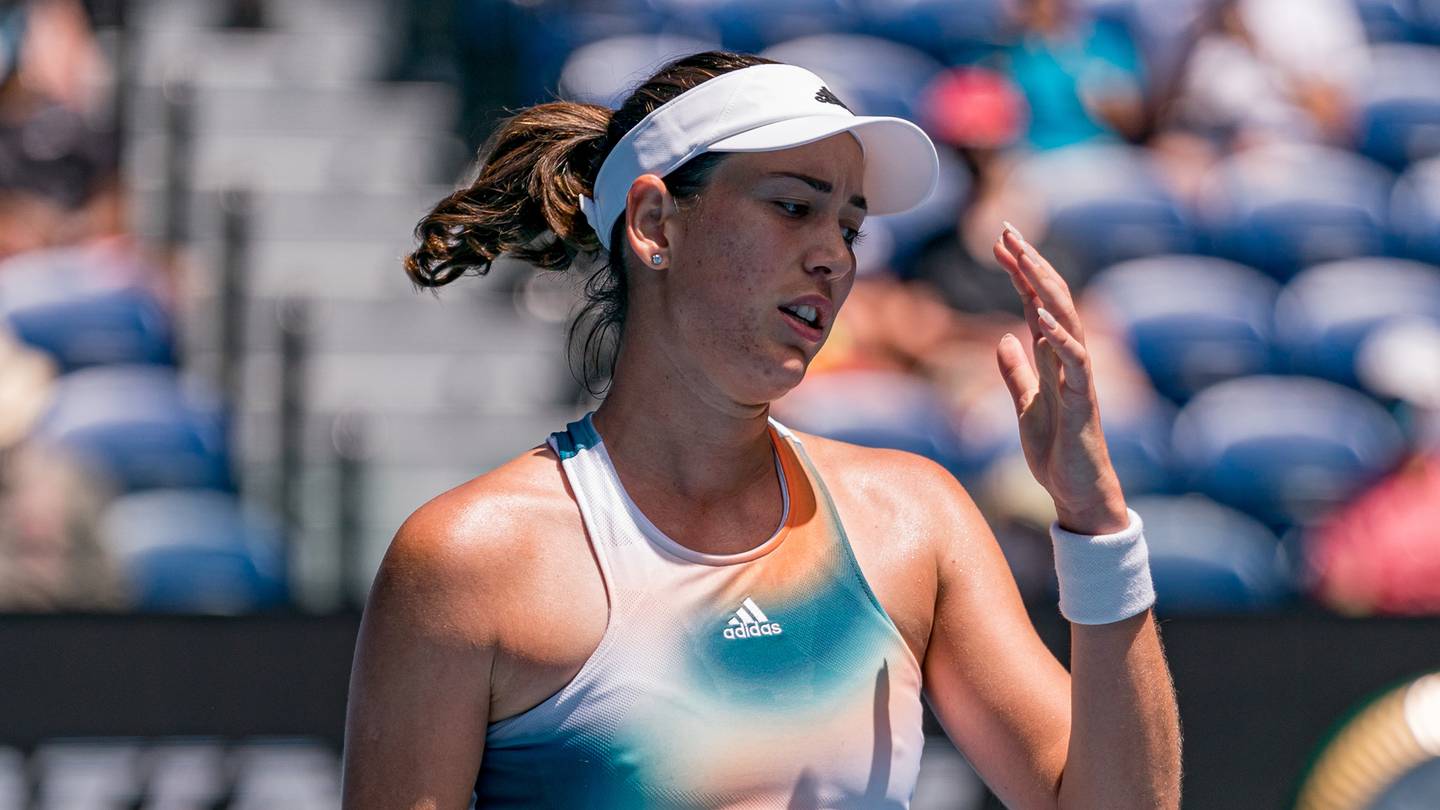 Garbine Muguruza was beaten in the second round of the Australian Open. Photo / Getty Images

The women's singles draw has lost two of its top 10 seeds in the space of 10 minutes, with Garbine Muguruza (3) and Anett Kontaveit (6) being eliminated from the tournament.

Taking on French veteran Alize Cornet, Muguruza was slow to get going, dropping her opening service game of the match to quickly fall behind 3-0 in the first set. That break was all Cornet needed to take the set 6-3. Muguruza fought back early in the second set, but was unable to get the crucial break. Instead, it was her French counterpart he got the breakthrough in the fifth game of the set. From there, the world No61 went on with the job, taking the set 6-3 for a straight sets win.

It was a similar story for Kontaveit. Broken on her first service game of the match, the Estonian never really got time to find herself in the first set before going down 6-2 against world No39 Clara Tauson.

Kontaveit twice found herself a break ahead in the second set, but was unable to take advantage and was broken back immediately both times. Tauson broke Kontaveit's serve once more in the set, then went on to close out the set 6-4 to take a straight sets victory.

Seventh seed Iga Swiatek had no such troubles against Sweden's Rebecca Peterson, winning 6-2, 6-2 to move into the third round.

World No2 Daniil Medvedev and Australian favourite Nick Kyrgios will take to the court on Rod Laver Arena later tonight, a decision that will eliminate some of the rowdy atmosphere seen in Kyrgios' round one win over Liam Broady.

The win over Broady was played on John Cain Arena, often referred to as 'the people's court' as anyone with a day pass to the event can rock up and take a seat in the stands. Kyrgios used that well and truly to his advantage in his straight sets win over Broady, playing to the crowd and feeding off their support.

With the hometown support in Kyrgios' favour, Englishman Broady found it quite a hostile environment to play in. "Everyone was telling me you'll really enjoy it, it's going to be amazing, but I thought it was absolutely awful," Broady said of the atmosphere after the match.

"I obviously wanted to win and losing matches in general isn't enjoyable, and the atmosphere was incredible, but it's the first time I've ever walked onto a tennis court and been booed, which for me was a crazy experience.

"You get sledging from the sides like you can't believe that you can't pick up on TV. It's a very difficult atmosphere to try and handle, and like I said (Kyrgios) is incredible at getting them behind him and he plays better for it. I think that's very rare now, especially in the sport of tennis, people don't really interact with the crowd like her does, and that is one of his biggest strengths."

However, unsurprisingly, the second round match between Kyrgios and Medvedev will be played at the tennis park's largest arena. Kyrgios will still have plenty of admirers, undoubtedly, however it's a court Medvedev has been terrific on – crowd support or not.

Their match headlines the night session.