Anthony Joshua is a student of the game. It comes with the territory of being the unified heavyweight boxing champion of the world.

For the past five years, Joshua has been the man with the target on his back, with every one of his bouts since the start of 2016 having at least one world championship belt on the line.

On his journey, he has collected four of them – the IBF, IBO, WBA and WBO belts are all in his possession – and every step of the way, he adds a little bit more knowledge.

And while the 31-year-old has had plenty of big fights in his 24-1 career to date, few have been as beneficial to his development as his 2018 clash with Kiwi Joseph Parker.

There was a lot of intrigue in the build-up to the fight. Joshua had never gone a full 12 rounds and many questioned if he could last in the deep waters against the man with the fast hands and the WBO title in his grasp.

Joshua heard the noise, and responded accordingly – beating Parker by unanimous decision to pry the gold from the Kiwi's hands.

"With the Parker fight I trained differently," Joshua recalls. "During the fight they said Parker's very quick; he's got the fastest hands in the heavyweight division. That was the media attention – that this is the guy with the fastest hands.

"He was a champion at the time so for me I wanted to just nullify his speed, they said I couldn't go 12 rounds so I wanted to go 12 rounds and show my conditioning. These things were really good to give me motivation to prepare, and how I approached it was good weight management, good preparation to be a 12-round fighter, controlling the fight from round one to round 12.

"Before that fight, I'd been with Wladimir Klitschko 11 rounds, so I knew now how to train myself a bit better and what it's like to go the distance. So, I understand what it's like when they bring out the card and it's round 10, when it's your first time you're like heavy breathing, because you've never been there before. Normally you do that when you're coming up but I was doing it at championship level; I was learning at the deepest level."

More than three years since adding the WBO title to his IBF, IBO and WBA crowns, Joshua continues to learn. Since that bout, he has won three of four fights – losing his titles to Andy Ruiz Jr in the first defeat of his professional career before winning them back six months later.

During that time, Joshua has not once ignored the theory of the game. While it comes as no surprise to anyone that he trains the roof off the gym, he says it's what he has learned from hitting the books rather than the pads that have helped him develop into the fighter he has become. 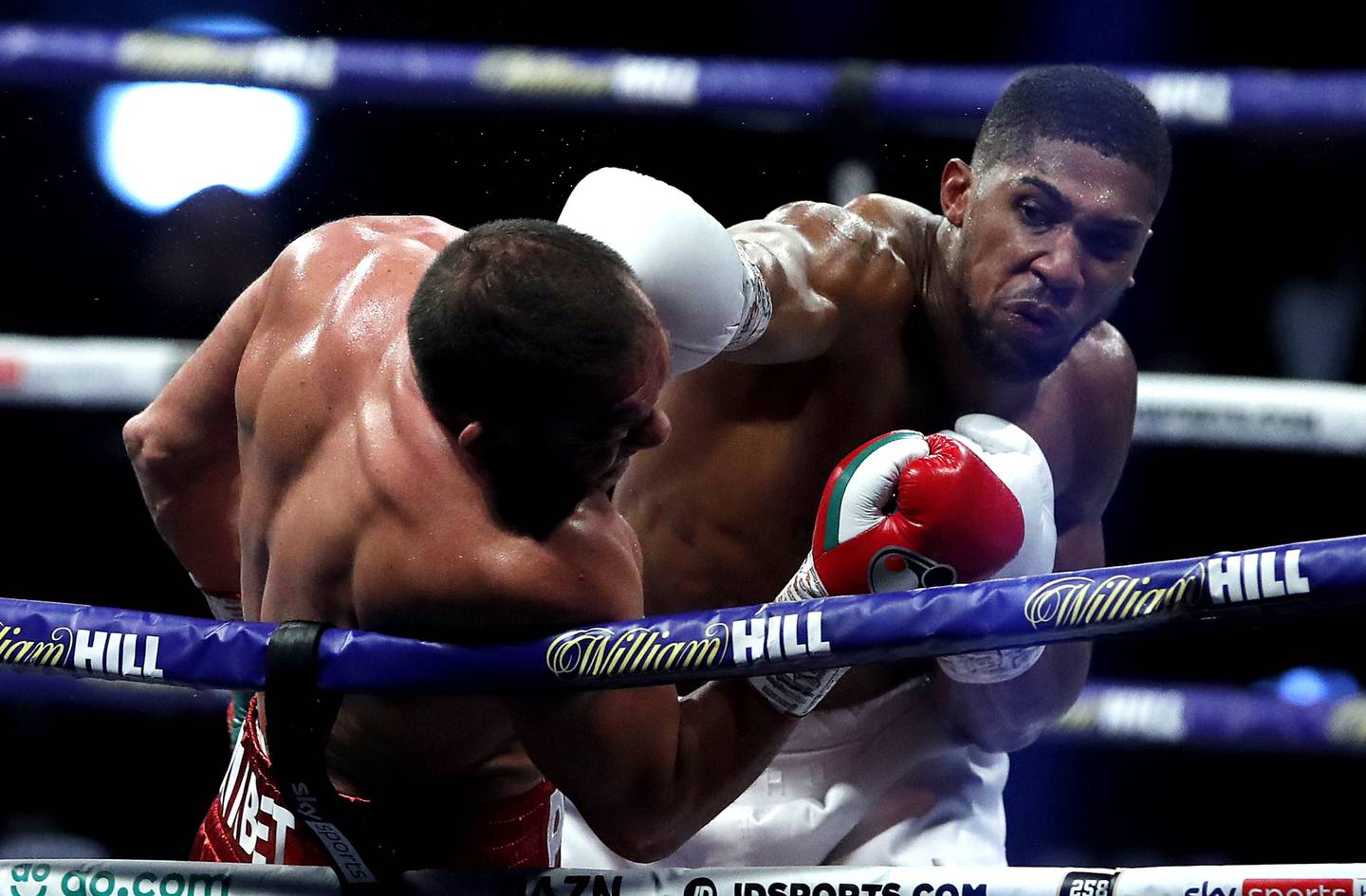 "It's easy to say, but I'm only going to talk from my humble opinion, and I truly think I've improved a lot," Joshua says when reflecting on his 2018 win over Parker.

"Not because of just time makes you better, I've put in a lot of work. I work really hard in boxing and I do a lot of researching, a lot of studying. I research a lot of the 1950s trainers – Ray Arcel, Nacho Beristain, Eddie Futch, Jack Blackburn, Angelo Dundee - all these great trainers and the psychology they played, and the motivation they gave their champions.

"I study boxing so my depth of wisdom in boxing has grown over the years. That's why I believe I'm going to look better now – because I've been dedicated, I've advanced that little bit more."

Later this month, Joshua will look to add a little bit more to his encyclopaedia of boxing when he puts his titles on the line against undefeated Ukrainian and former undisputed world Cruiserweight champion Oleksandr Usyk in London.

A battle between two boxers whose excellence in the amateur ranks saw them collect Olympic gold before moving on to lofty heights in the professional world. While both have collected plenty of stoppage victories in the professional ranks, their pedigree as boxers has some expecting to see a clinical and long-lasting display akin to Joshua's bout against Parker.

However, while he has no issue with wherever the fight may go, Joshua says he doesn't need to prove he can last the distance now – and that makes him dangerous.

"At that time with Joseph Parker, I was going through a lot of learning processes in the ring. I don't think I had gone 12 rounds before. A lot of fighters would wait for me to try and get fatigued in the ring and say we can take him out in the later rounds, so it was about proving to myself 'cool, I'll show you I can do 12 rounds' so that eradicates any conversations about if I'm a 12-round fighter.

Joshua v Usyk will take place at Tottenham Hotspur Stadium in London on September 26 (NZ time), and is available to be streamed in New Zealand exclusively via DAZN and the DAZN app.