Team New Zealand has officially rejected the Government's $99 million bid to host the next America's Cup.

The decision means the next Cup defence is likely to head abroad, despite the $99m cash and support offer tabled by the Government and Auckland Council.

"The end of the exclusive negotiation period does not eliminate all possibility of the event or an event being hosted in New Zealand. If resources enable an event in New Zealand we will remain open to it."

But the syndicate would now be starting discussions with other nations to look into hosting options.

"We must explore other opportunities to ensure we can put up another successful defence. No matter where in the world we are, we will always be Team New Zealand. 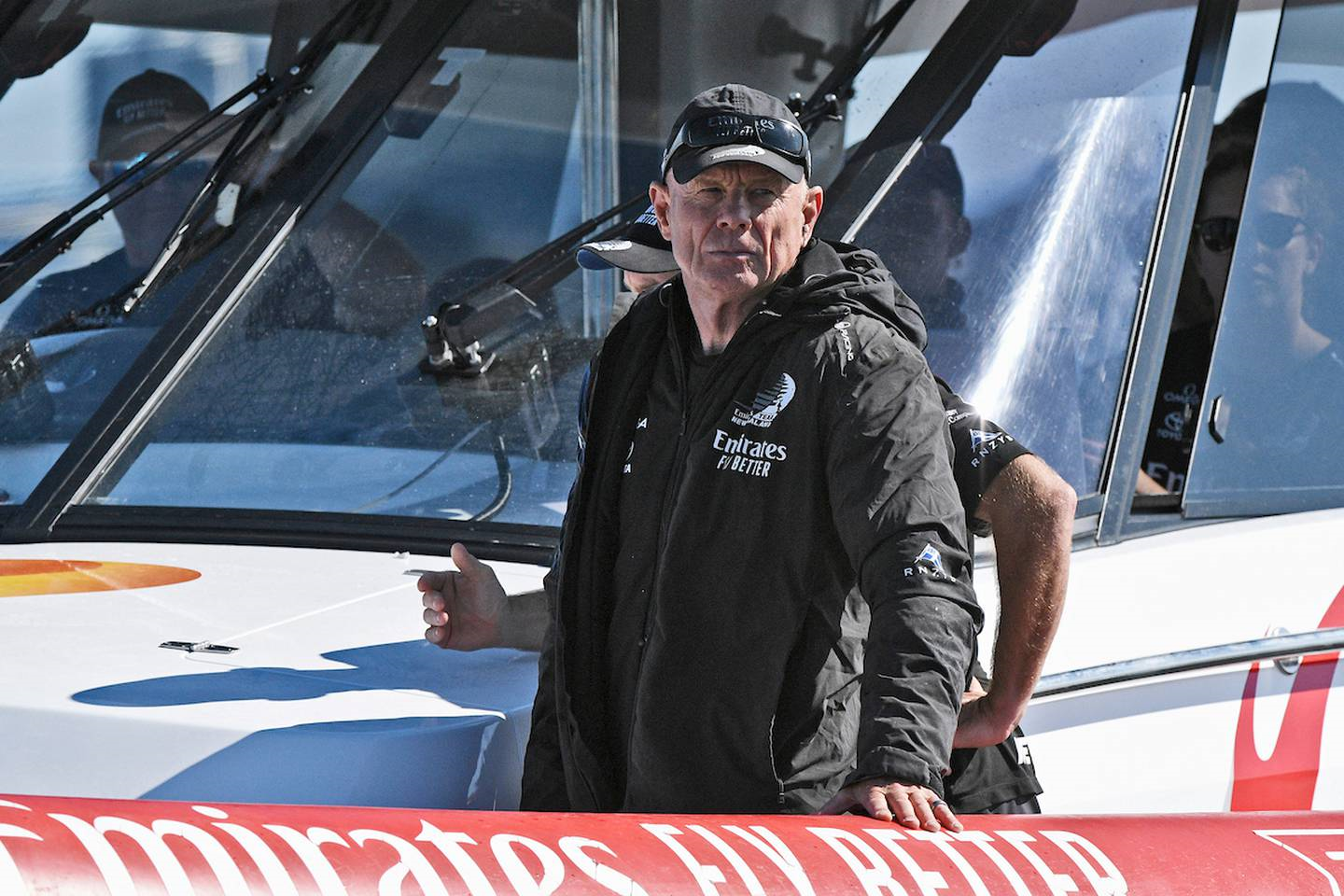 "Our priority has always been to keep and defend the America's Cup successfully. We certainly want to explore holding a regatta in Auckland and along with discussing the venue for AC37 with other nations, would like to work through that opportunity also."

In response, Auckland Mayor Phil Goff says Team NZ has to be out of their council-owned base on the waterfront by March next year.

"I think Aucklanders will be very disappointed at the decision by Team New Zealand to look overseas to defend the America's Cup," Goff said. 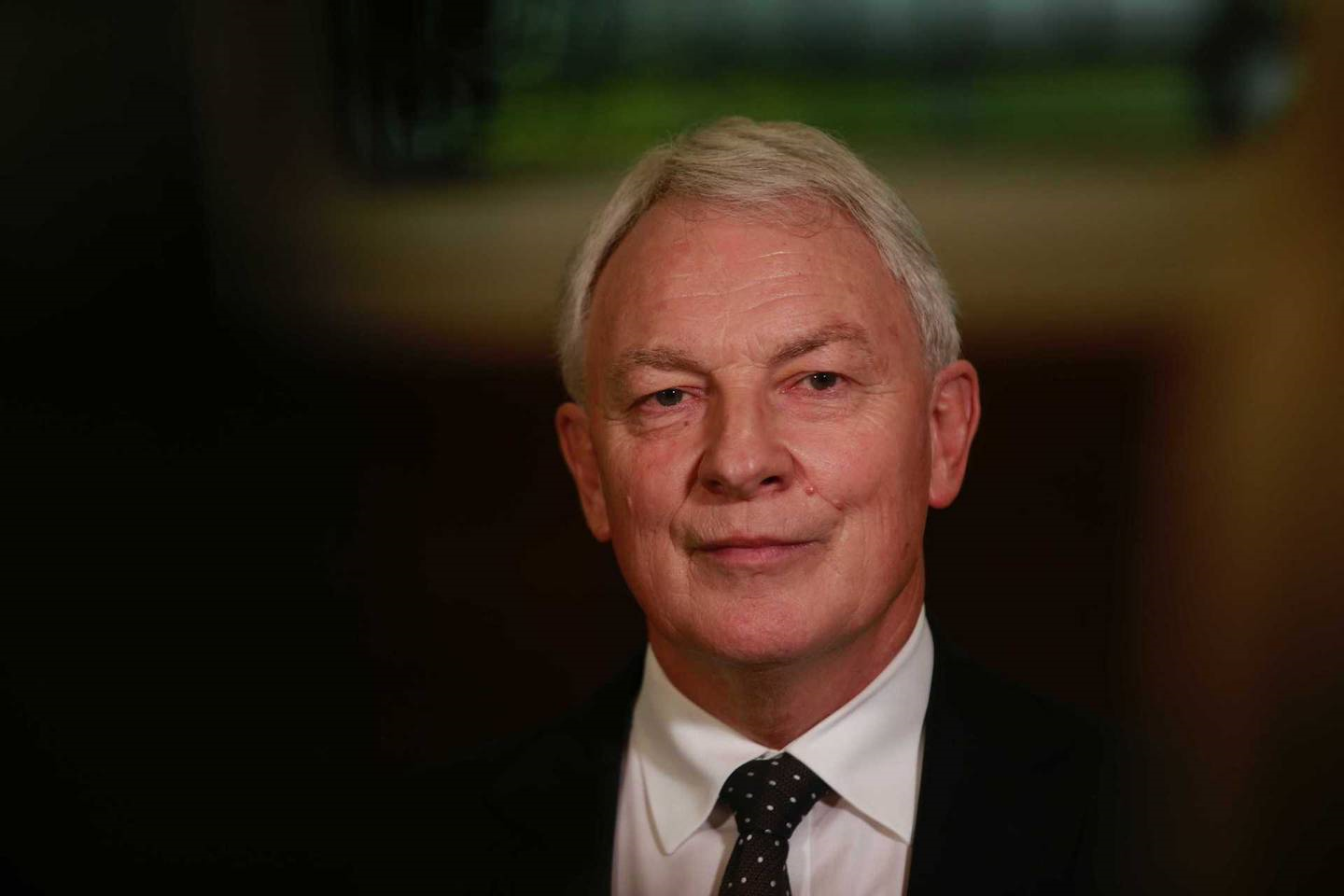 Under an agreement with the council, Team NZ's lease at the Viaduct Event Centre came to an end on March 1, Goff told reporters.

"Aucklanders did really get behind Team New Zealand in terms of funding - $113m worth of infrastructure that went in - but just as importantly we got behind them in terms of the huge support that Aucklanders gave to the team sailing in this, their home port."

While it was disappointing the country was hit by Covid-19 Auckland had turned on a great village right in the centre of the city, winning plaudits from all syndicates.

"They felt the welcome of the people of Auckland, they thought the courses were fantastic and what better place to run a race than on the sparkling waters of the Waitematā," the mayor said.

From March the events centre would return to being a commercial venue for hire.

The value of the events centre to Team NZ was about $3m-$4m a year.

Goff said the council's contribution to the $99m joint Government-Auckland Council bid to keep the next cup defence in Auckland was for services in kind, including the continued use of the events centre.

"We made the best offer that we could - $100m between Government and the council, the council contribution largely being in kind, things like the event centre that was a fantastic base for Team NZ, and of course the bases that are already there on Wynyard Point and in terms of management of on-land and on-water requirements for the race."

Dalton's reaction swiftly followed the Government's confirmation that its offer had been declined.

"Representatives of the Team New Zealand Board have informed the Crown-Council negotiators that the offer is not sufficient," America's Cup Minister Stuart Nash said today.

"The offer expires today, 16 June. From tomorrow, Team New Zealand is now free to seek support from other partners."

"At the end of the day the America's Cup is a global commercial operation. It is an international business as much as a sporting contest.

"The team is now free to look to commercial sponsors, private supporters, or other avenues to bankroll the operation."

Nash said Team NZ was a "world-class" operation: "I know they will fly the flag for their home nation in the 37th America's Cup, whether it is held in Auckland, or taken offshore."

Nash said: "Any subsequent request for government support would have to be considered by Cabinet and I cannot confirm whether the Crown would consider making another offer."

He described the Government and council's Auckland hosting bid as a "very generous offer".

"It was a highly credible offer, given the current economic environment and pressure on government accounts. We went into the process in good faith to secure the event.

"The negotiations and the offer are commercial-in-confidence and details cannot be shared at this point. However, I can confirm it involved cash and in-kind support worth around $99 million."

Nash said the $5m offer from the Government to allow Team NZ to retain key staff - on the condition that this country hosted the next defence - had not been taken up by the syndicate.

"Across all government spending we are looking for value for money and are targeting support where it is needed most, to support the economic recovery and deal with the impacts of the global pandemic.

"Team New Zealand has received government assistance following every America's Cup event since 2003. They continue to carry our best wishes and goodwill."

The Government had contributed a total of $136.5m towards this year's successful Cup defence, including $40m cash to deliver and manage the event.

Royal NZ Yacht Squadron Commodore Aaron Young said while they hoped the next defence could still be in this country it would be "prudent to now explore other options as well".

The primary objective remained for Team NZ to keep the Cup.

"As such we also understand the need to help ensure the viability of Emirates Team New Zealand so we have every opportunity to defend the America's Cup again, wherever that may be," Young said.

"It would be an unprecedented achievement to win the America's Cup three times in a row and taking the Cup overseas may well offer the best chance for us to do so.

"At a meeting last night members were presented with this option and I believe generally understood this might need to happen."

Earlier: PM - we still wanted to host the Cup

Prime Minister Jacinda Ardern had reiterated the Government still wanted New Zealand to host the next America's Cup, amid signs the defence is heading overseas.

No final decision has been made about where the next America's Cup will be held - but it is highly unlikely that it will be in New Zealand.

Ardern told Radio Hauraki this morning: "Our view is that we want it to be hosted here.

"We've put our best foot forward, but there's also limits to what we can do," she said.

"Because, you know, this is taxpayer-funding, ultimately - so it's got to always be to a benefit to New Zealand." 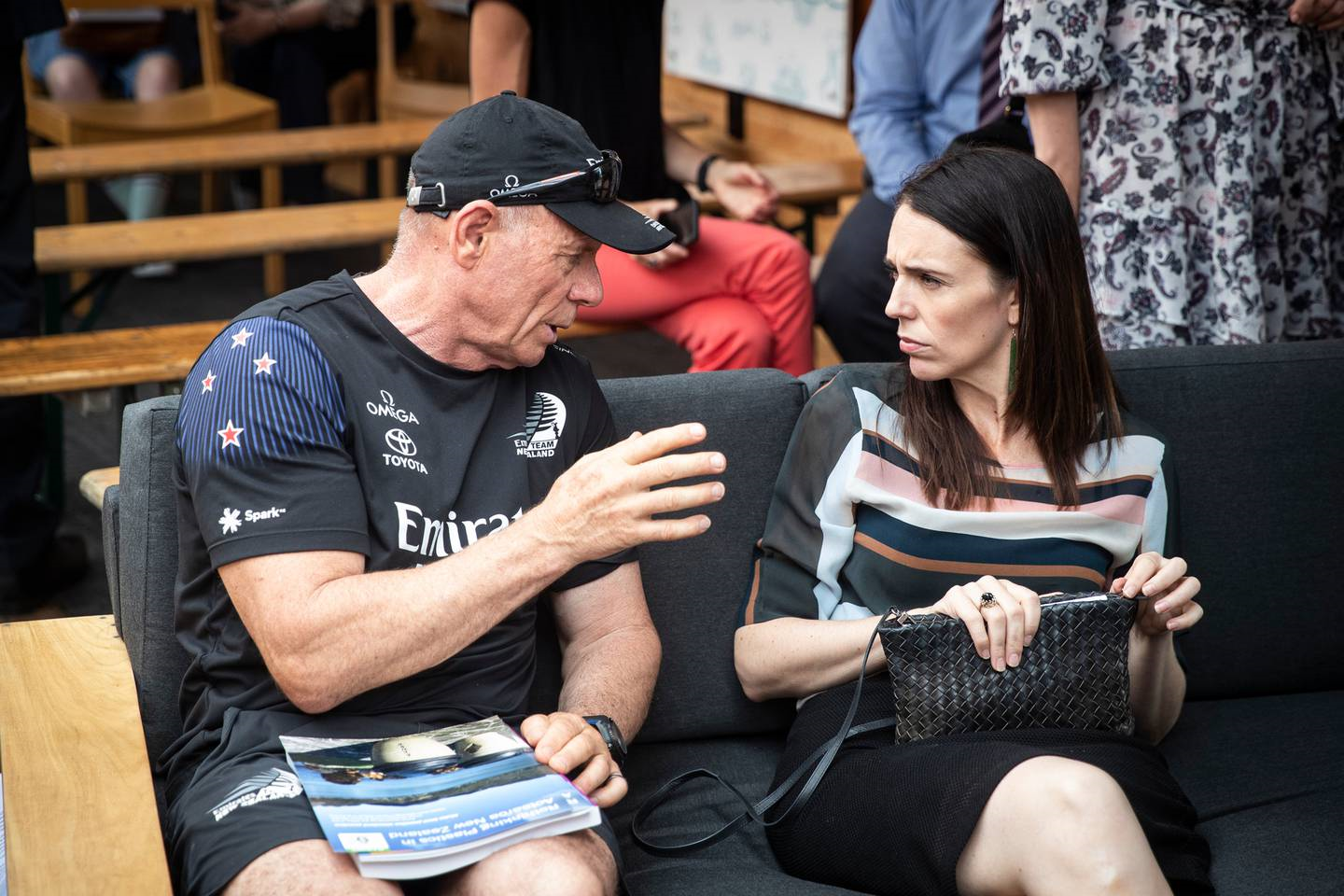 Ardern said there was therefore a point where one could not justify the amount of money going in.

"We've tried to make that judgment about where that line is. We've put our best foot forward.

Speaking to The Hits, Ardern noted that there had not been a time when New Zealand had held the Cup and not hosted it.

It also emerged this morning that a surprise overseas venue had been tipped to bid for 2024 America's Cup.

Team New Zealand CEO Grant Dalton on Tuesday night told more than 400 members of the Royal New Zealand Yacht Squadron (RNZYS) that it was extremely unlikely that an agreement with the Government to stage the next event on Kiwi waters would be reached, after more than three months of negotiations had failed.

Dalton was addressing RNZYS members at the club's headquarters on Team NZ's reported plans to take the event offshore.

The Kiwi syndicate retained the Auld Mug by beating Italian outfit Luna Rossa in the Cup Match in March.

He stressed that Dalton had said a final decision on the next venue had yet to be made.

Butterworth said it was a tough climate for Dalton. "His problem is he's got to put a budget together that he can do a reasonable job to try and defend it.

"I think New Zealand does deserve to have the Cup here, that's really the prize when you win it. This time in the economy and all the problems they face, it's a pretty tough ask I think."

If Dalton was to put his cards on the table and explain why it couldn't be in New Zealand, Butterworth thought people would understand.

"The yacht club is in a tough position, sitting there as the trustee of the club. They want to try and do a good job of defending it and they would rather do it here.

"Everybody would rather do it here. He's just in a tough spot."

Negotiators appointed by the Crown have been trying to thrash out a deal with Team New Zealand. As first reported by the Herald earlier this month, an offer worth around $100m from the Government and Auckland Council to keep the Cup in New Zealand was rejected by Team NZ.

The Herald understands they wanted a package worth more than $200m. The three-month exclusive negotiation period with the Government ends on Thursday.

"You've heard that the Government and the council is putting in $100 million, $99 million actually is the number," said Dalton.

"That's a lot of money. But the devils of the detail, terms and conditions don't make it that amount of money so as we sit here today, with two days to go, we don't have a deal.

"Will we have a deal in two days – a day and a half? Probably not, but that doesn't mean to say it's going [offshore]. There is money in town, we all know that … but it isn't coming that easy, the phone's not ringing off the hook.

"Everybody just needs to calm down a little bit, because although we finish the negotiation period with the Government and council on Thursday, we don't finish the end of it being in New Zealand and in Auckland.

"It just opens it up to the chance of other bids. The last time … honestly I think it was 45 minutes before we were about to sign, to agree to go somewhere else, the deal was done to stay here.

"This is not us taking the Cup away yet, but things have changed."