Emirates Team New Zealand boss Grant Dalton says it is curious that rich-lister Mark Dunphy has not been talking to the team about his moves to find enough money to hold the 37th America's Cup in Auckland, instead of overseas.

"On the face of it, Mr Dunphy's offer to contribute funds seem generous and it would be great if his ideas stack up. But until we meet and understand his intentions and see a proposal then we cannot form a view."

RNZYS Commodore Aaron Young said the squadron and Team NZ had a clear priority to "first and foremost win and continue to defend the America's Cup".

"RNZYS & ETNZ have a contract under which Emirates Team New Zealand are responsible for all aspects of the 37th America's Cup Defence which includes funding and organisation," Young said.

"While the preference of both RNZYS and ETNZ would be to hold the next America's Cup in New Zealand, it cannot compromise the structure of Emirates Team New Zealand or risk the success of their future campaign and we are in complete alignment on this."

Their comments come after Dunphy, CEO and chairman of Greymouth Petroleum and on New Zealand's rich list with an estimated worth of $230 million, is at the helm of the move to hold the 37th America's Cup in Auckland – most likely with a mix of private and government funding.

Dunphy has been speaking to the squadron, the holders of the Cup and the entity he says make the decision on a venue - but wants both to say they are committed to a local defence if the money can be found.

"There is no doubt there is money there," said Dunphy, when asked if he and backers of the move already had the wherewithal, "but we can't really talk money until certain issues have been resolved." 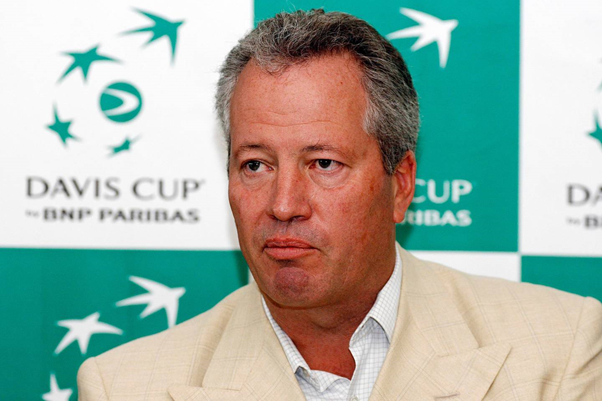 "I am doing this because I believe the America's Cup really is New Zealand's cup in more ways than one," he said.

"Everyone in New Zealand has contributed to it, through government, and it's a unique showpiece for our nation. As Kiwis, we should not let defending the Cup go overseas, if at all possible. Grant Dalton and Team NZ have done a fantastic job and won our admiration with a wonderful team of sailors and the design team.

"But it seems silly that, collectively, we New Zealanders can't find a way to both stay here and defend it here and achieve what Team NZ want – a three-peat."