Team New Zealand have had a disastrous day on the water, capsizing and being beaten in two starts by the battling British team.

TNZ's victory before an America's Cup arbitration panel won them the right to line up against the three challengers in two days of practice racing this week.

But a horror show on the first day confirmed the defenders, under skipper Peter Burling, have plenty to work on.

The America's Cup holders capsized as they were leading Ineos Team UK at the bottom mark. They were sailing at around 35 knots when their bow went into the water. 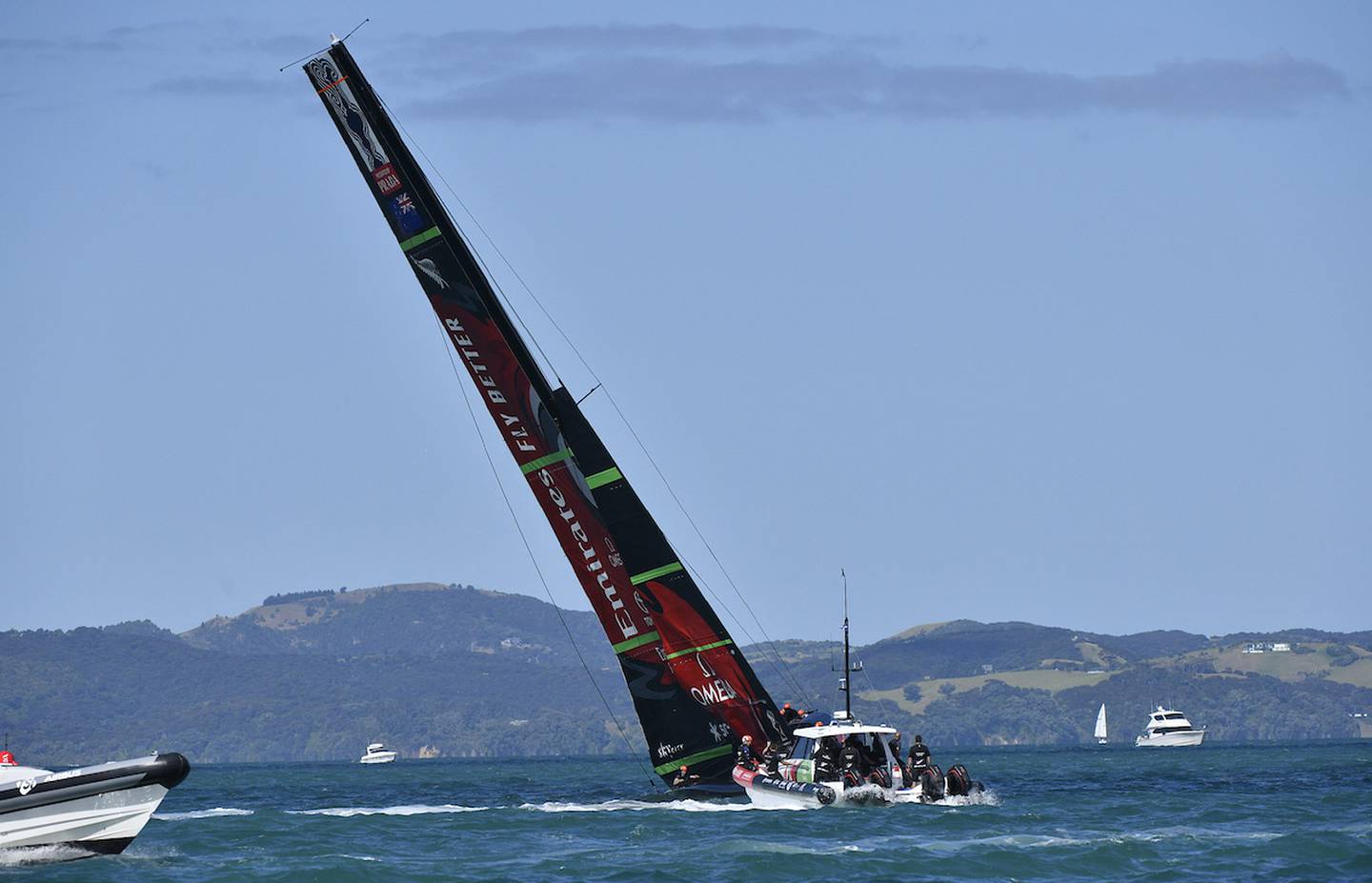 Te Rehutai was also beaten in both starts by Sir Ben Ainslie, a continuation of the starting problems the Kiwi team had during pre-Christmas racing. One observer reported the TNZ starts to be "atrocious".

TNZ were the first to capsize one of the radical foiling 75-foot monohulls in 2019, in a slow-motion tip-over in the inner harbour. They also capsized their first boat Te Aihe twice last year, one incident leaving the boat with damage to a steering pedestal.

In the latest incident, the boat was quickly righted preventing the possibility of the waves causing damage. There were no reported injuries.

While TNZ's boat speed was in evidence, they are unlikely to face Ineos in the America's Cup, with American Magic and Luna Rossa looking far stronger going into the Prada Cup which begins on Friday.

American Magic and Luna Rossa apparently had solid but limited practice outings although the Americans are believed to have fallen off the foils during one start. Those two teams concentrated on the starts rather than engaging in lengthy racing.

Heading into the Cup racing?

• Be aware that traffic will be busy, and parking will be very limited.

• Give yourself plenty of time and think about catching a ferry, train or bus instead.

• Make sure your AT HOP card is in your pocket. It's the best way to ride to the Cup.