Novak Djokovic was back in immigration detention yesterday after his legal challenge to avoid being deported from Australia for being unvaccinated for COVID-19 was moved to higher court.

A Federal Court hearing has been scheduled for today at 11.30am (NZT), a day before the men's No. 1-ranked tennis player and nine-time Australian Open champion was due to begin his title defence at the first Grand Slam tennis tournament of the year.

Djokovic and his lawyers had a morning meeting with immigration officials and, by mid-afternoon, Australian media reported the tennis star was taken back into detention. Television footage showed the 34-year-old Serb wearing a face mask as he sat in a vehicle near an immigration detention hotel.

He spent four nights confined to a hotel near downtown Melbourne before being released last Monday when he won a court challenge on procedural grounds against his first visa cancellation.

Why the visa was blocked

Immigration Minister Alex Hawke on Friday blocked the visa, which was originally revoked when he landed at a Melbourne airport on Jan. 5.

Deportation from Australia can lead to a three-year ban on returning to the country, although that may be waived, depending on the circumstances.

Djokovic has acknowledged that his travel declaration was incorrect because it failed to indicate that he'd been in multiple countries in the two-week period before his arrival in Australia.

But that wasn't why Hawke decided that deporting Djokovic was in the public interest.

Lawyers for Djokovic filed documents in court that revealed Hawke had stated that the tennis star "is perceived by some as a talisman of a community of anti-vaccination sentiment."

Australia has one of the highest COVID-19 vaccination rates in the world. 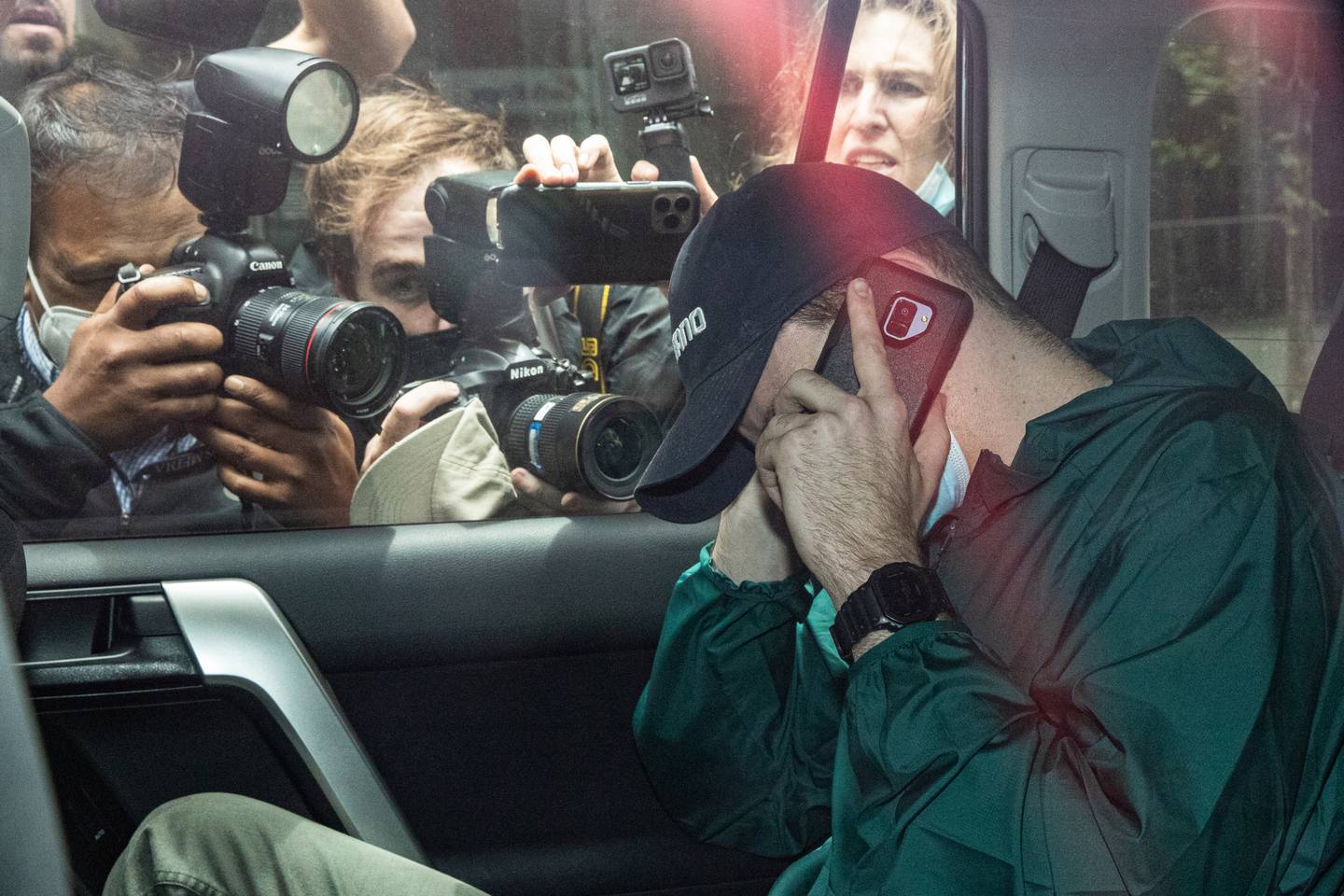 But the minister said Djokovic's presence in Australia may be a risk to the health and "good order" of the Australian public and "may be counterproductive to efforts at vaccination by others in Australia."

The minister cited comments Djokovic made in April 2020 that he was "opposed to vaccination" and had wouldn't want to be forced by someone to take a vaccine to compete.

Djokovic's lawyers argued that the minister had cited no evidence that Djokovic's presence in Australia may "foster anti-vaccination sentiment."

Hundreds of activists held a peaceful rally outside the Melbourne Park complex that hosts the Australian Open, and planned another for Monday.

"We're at Rod Laver Arena to support Novak. He's won nine (Australian Open) titles here. Hopefully this will be No. 10 – if he can get out of quarantine and get his visa back," Harrison McLean, one of the rally organizers, said. "We're a peaceful movement, here to raise awareness and support everyone's freedom of choice."

On Saturday, Federal Chief Justice James Allsop announced that he would hear the case with Justices David O'Callaghan and Anthony Besanko.

The decision for three judges to hear the appeal instead of a single judge elevates the importance of the case from the judiciary's perspective and means any verdict would be less likely to be appealed.

What the experts are saying

Sydney-based immigration lawyer Simon Jeans said he was surprised that Djokovic was no longer being deported because his COVID-19 infection last month did not exempt him from Australia's strict rules that foreign visitors are vaccinated unless there are sound medical reasons that they can't be.

"The unanswered question is if Djokovic was such a threat to good order, why grant him a visa" in November," Jeans asked. "This is a high-risk strategy. It's going to be much harder for the minister to convince three judges that what he did was in the public interest."

Djokovic, who has won the last three Australian Open titles, will be allowed out of hotel detention on Sunday to visit his lawyers' offices for the video court hearing.

He is seeking a record 21st Grand Slam singles title. He is currently tied with Rafael Nadal and Roger Federer for the most by a man in history.

In a post on social media Wednesday that constituted his most extensive public comments yet on the episode, Djokovic blamed his agent for checking the wrong box on his travel document, calling it "a human error and certainly not deliberate."

In that same post, Djokovic said he went ahead with an interview and a photo shoot with a French newspaper in Serbia despite knowing he'd tested positive for COVID-19. Djokovic has been attempting to use what he says was a positive test taken on Dec. 16 to justify a medical exemption that would allow him to avoid the vaccine requirement on the grounds that he already had COVID-19.

The episode has touched a nerve in Australia, and particularly in Victoria state, where locals went through more than 260 days of lockdowns during the worst of the pandemic.

Australia faces a massive surge in virus cases driven by the highly transmissible omicron variant. On Friday, the nation reported 130,000 new cases, including nearly 35,000 in Victoria state. Although many infected people aren't getting as sick as they did in previous outbreaks, the surge is still putting severe strain on the health system and disrupting supply chains.

Djokovic's supporters in Serbia have been dismayed by the visa cancellations. Serbian President Aleksandar Vucic accused the Australian government of "harassing" and "maltreating" Djokovic and asked whether Morrison's government is just trying to score political points ahead of upcoming elections.

"Why didn't you return him back right away, or tell him it was impossible to get a visa?" Vucic asked the Australian authorities in a social media address. "Why are you harassing him and why are you maltreating not only him, but his family and an entire nation that is free and proud."

Everyone at the Australian Open is required to be vaccinated.

According to Grand Slam rules, if Djokovic is forced to pull out of the tournament before the order of play for Day 1 is announced, No. 5 seed Andrey Rublev would move into Djokovic's spot in the bracket.

If Djokovic withdraws from the tournament after Monday's schedule is released, he would be replaced in the field by what's known as a "lucky loser" – a player who loses in the qualifying tournament but gets into the main draw because of another player's exit before competition has started.