Ian Foster has named six new players in his 38-man squad to face Ireland in a three match series next month.

Here's all you need to know about the new players.

Pita Gus Sowakula is a powerful loose forward who made an impact as an injury replacement player for the Chiefs in 2018.

At 195 cm (6 ft 5), Sowakula excelled at basketball and was selected in the 2012 FIBA Oceania Under 19 Championships for Fiji and featured for the Otago Nuggets.

He was also a gifted rugby player and was named the most promising player at the Taranaki Rugby awards in 2017, two years after claiming a silver medal in basketball with Fiji at the 2015 Pacific Games. 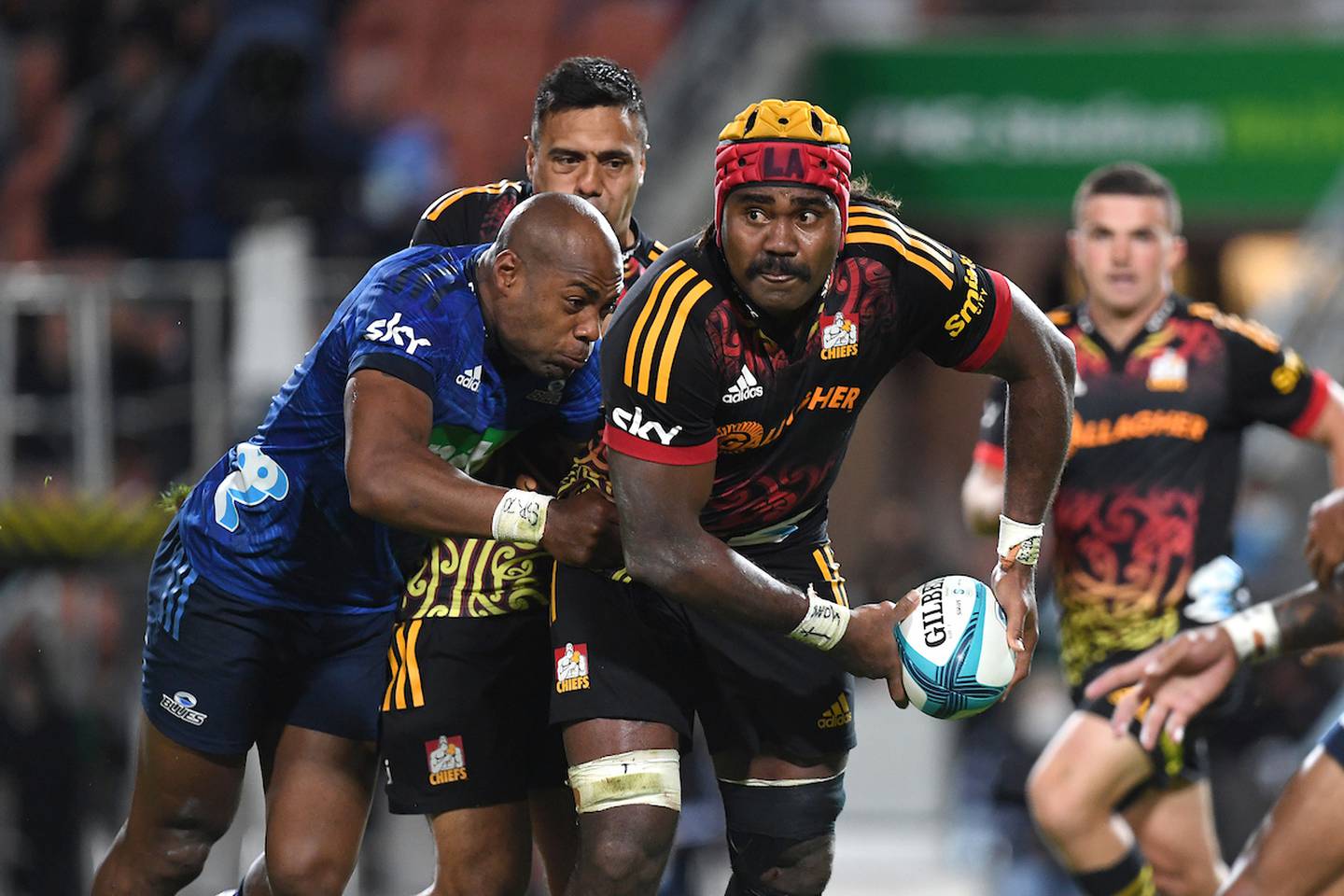 Pita Gus Sowakula in action for the Chiefs. Photosport

His impressive performances in 2018 earned him a full-time spot in the Chiefs and since then has been a regular face in the match day 23. His performances in the 2022 Super Rugby Pacific Season has seen many take note of the powerful number 8, who impressed with his work-rate and explosive ball carrying.

Bay of Plenty prop Aidan Ross was a member of the New Zealand Under-20 squad who took out the 2015 World Rugby Under-20 Championship in Italy.

In 2017, Ross was called into the Chiefs squad as injury cover and made his debut against the Western Force. 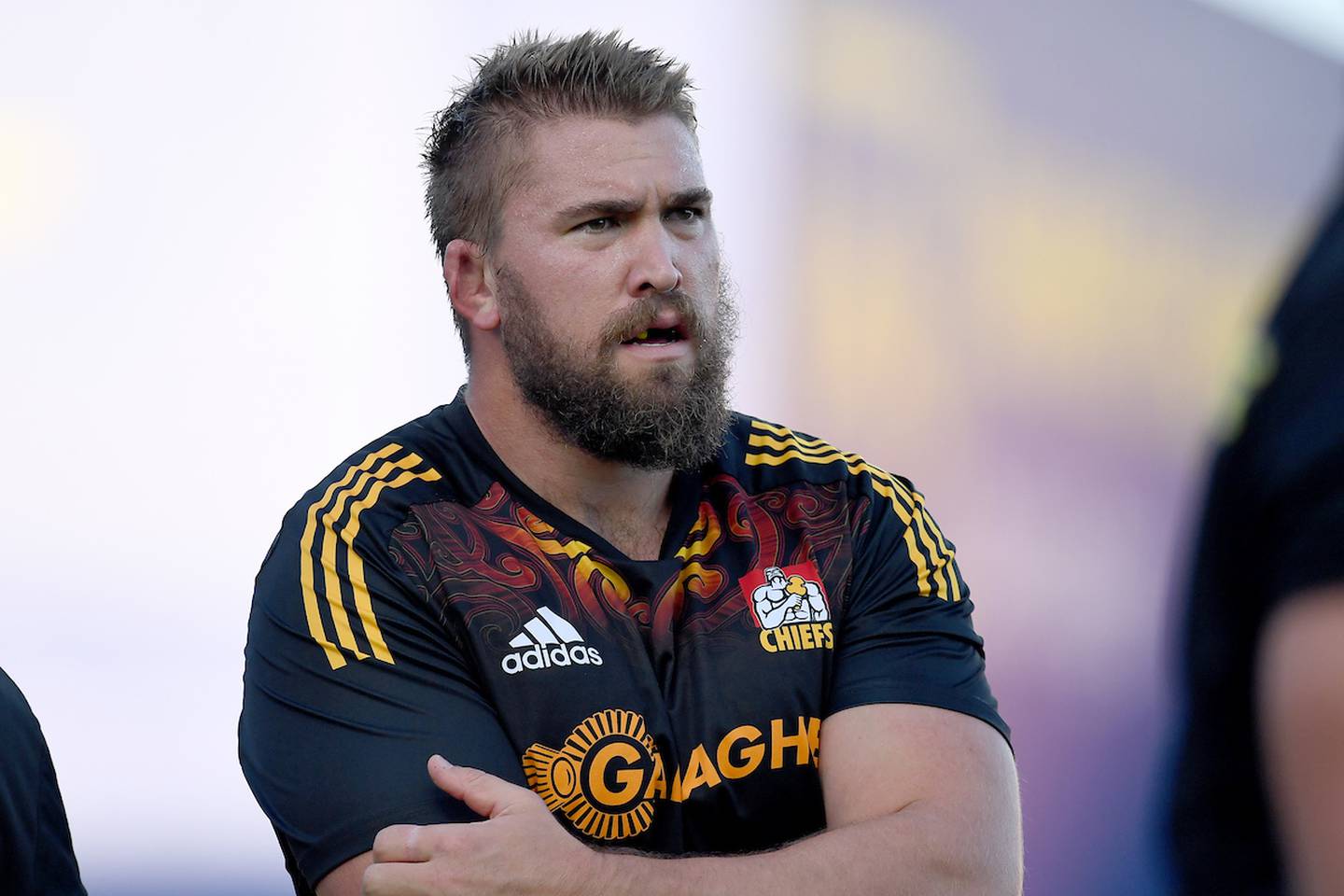 Aidan Ross of the Chiefs. Photosport

Ross captained Bay of Plenty, leading them to victory in the 2019 NPC Championship final and he continued his form through to the Chiefs 2020 season as a regular starter.

The 26-year-old has gone from strength to strength as a Super Rugby player in 2021 and 2022 and is known for his work-rate and ability to grow his game.

The 22-year-old Crusader has had a blockbusting Super Rugby Pacific season so far, with a final to come.

A product of the Nelson College First XV, Fainga'anuku was a young star picked to carry on a career in representative rugby having represented New Zealand Schools, Junior Crusaders, Crusaders Development XV and the New Zealand Under-20 side.

He made his provincial debut for Tasman in 2018 and earned a spot in the Crusaders line up against the Brumbies in 2019. 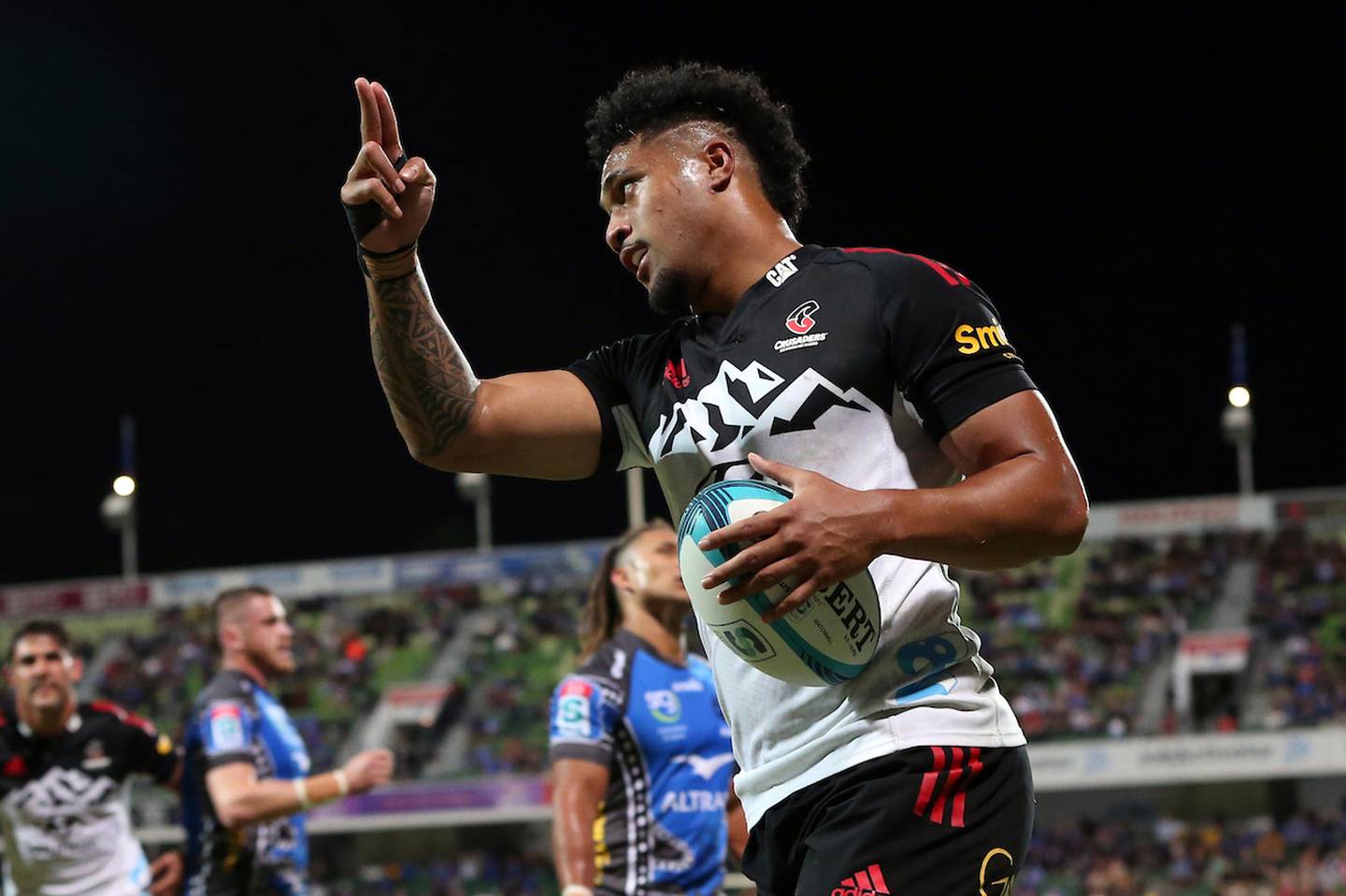 Leicester Fainga'anuku of the Crusaders. Photosport

At 188 cm tall and 109 kg, he's a versatile back who can play both midfield and wing and was a key part of the Tasman Mako team that went back-to-back in the 2019 and 2020 NPC Premiership.

Roger Tuivasa-Sheck is a former rugby league superstar, an NRL Premiership winner with the Sydney Roosters, and a Dally M Medalist with the Warriors.

Having made over 200 NRL appearances and 20 Tests for the Kiwis as a wing and fullback, Tuivasa-Sheck brings extensive experience back to rugby union.

Before heading to Sydney, Tuivasa-Sheck was a schoolboy rugby star with Otahuhu College and represented both the Blues Under 18s and New Zealand Schools. 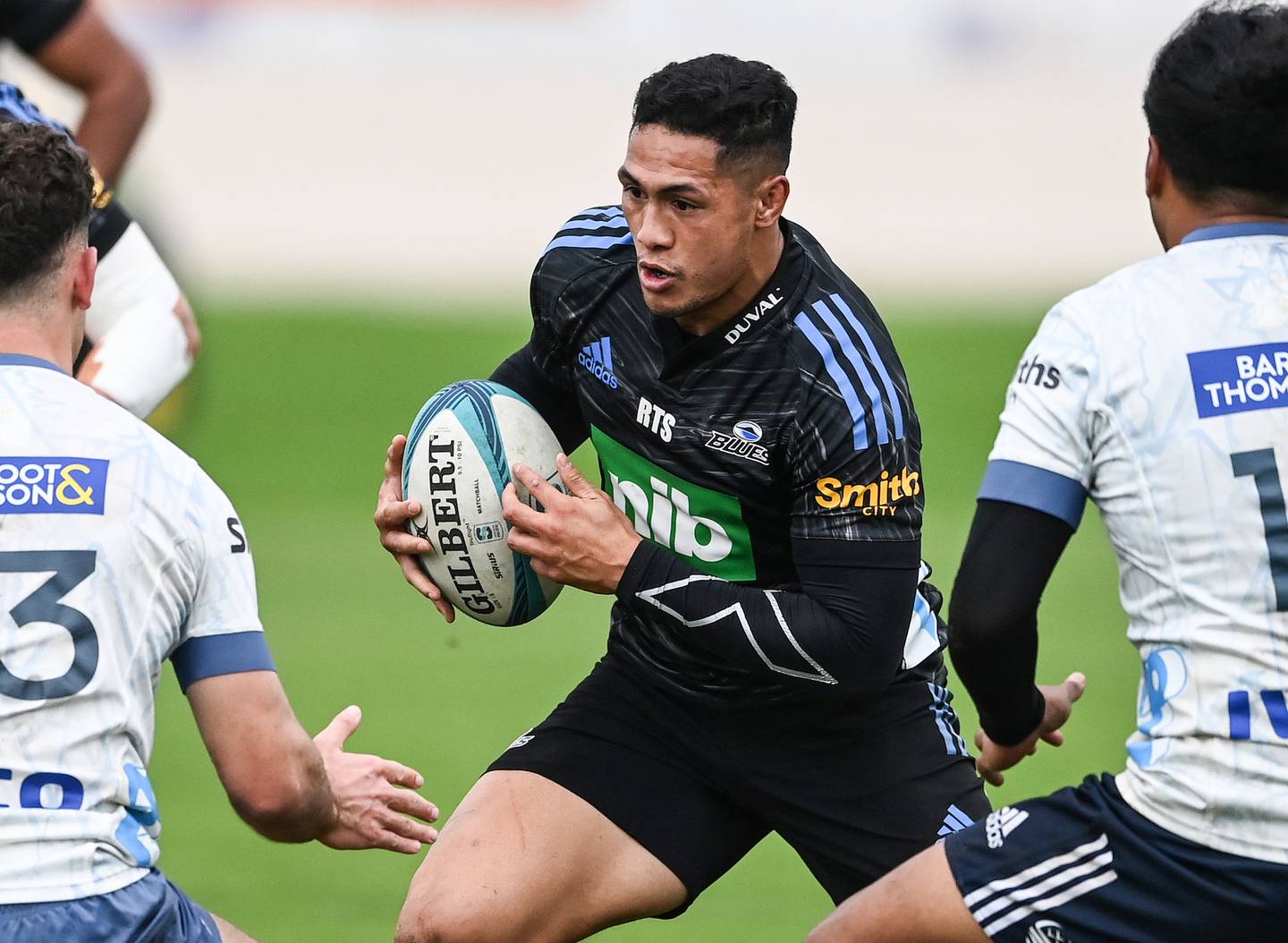 Roger Tuivasa-Sheck has been named in his first All Blacks squad. Photosport

This season however, the Blues midfielder is considered a Super Rugby Pacific rookie, making his debut in Round Two with an eye-catching performance against the Hurricanes.

Tuivasa-Sheck has gone on to impress for the Blues throughout the Super Rugby Pacific season with trademark speed, tackle breaks and electric footwork.

The 25-year-old Stephen Perofeta has already amassed an impressive set of rugby credentials.

The Whanganui Collegiate schoolboy played first-class rugby for Whanganui while still at school, earning selection to the Heartland XV that same year.

Touted as a player to watch from a young age, Perofeta made his Super Rugby debut in 2017, notably helping guide the Blues to victory against the touring British and Irish Lions at Eden Park. That same year saw Perofeta earn selection as a late call up to the New Zealand Under-20 side, where he started at first five-eighth as the team defeated England in the final of the World Rugby Under-20 Championship.

Accomplished at both No 10 and fullback, Perofeta is now in his sixth season of Super Rugby, with strong performances in both 2021 and 2022.

Perofeta has found his home at fullback throughout the 2022 DHL Super Rugby Pacific season, forming a strong partnership with first five-eighth Beauden Barrett in one of the competition's most exciting backlines.

Folau Fakatava has been earmarked as a player to watch since standout performances at schoolboy level with Hastings Boys' High School.

Known for an exciting running game, accurate pass and strong defence, the 22-year-old is widely considered one of the country's most exciting young players. 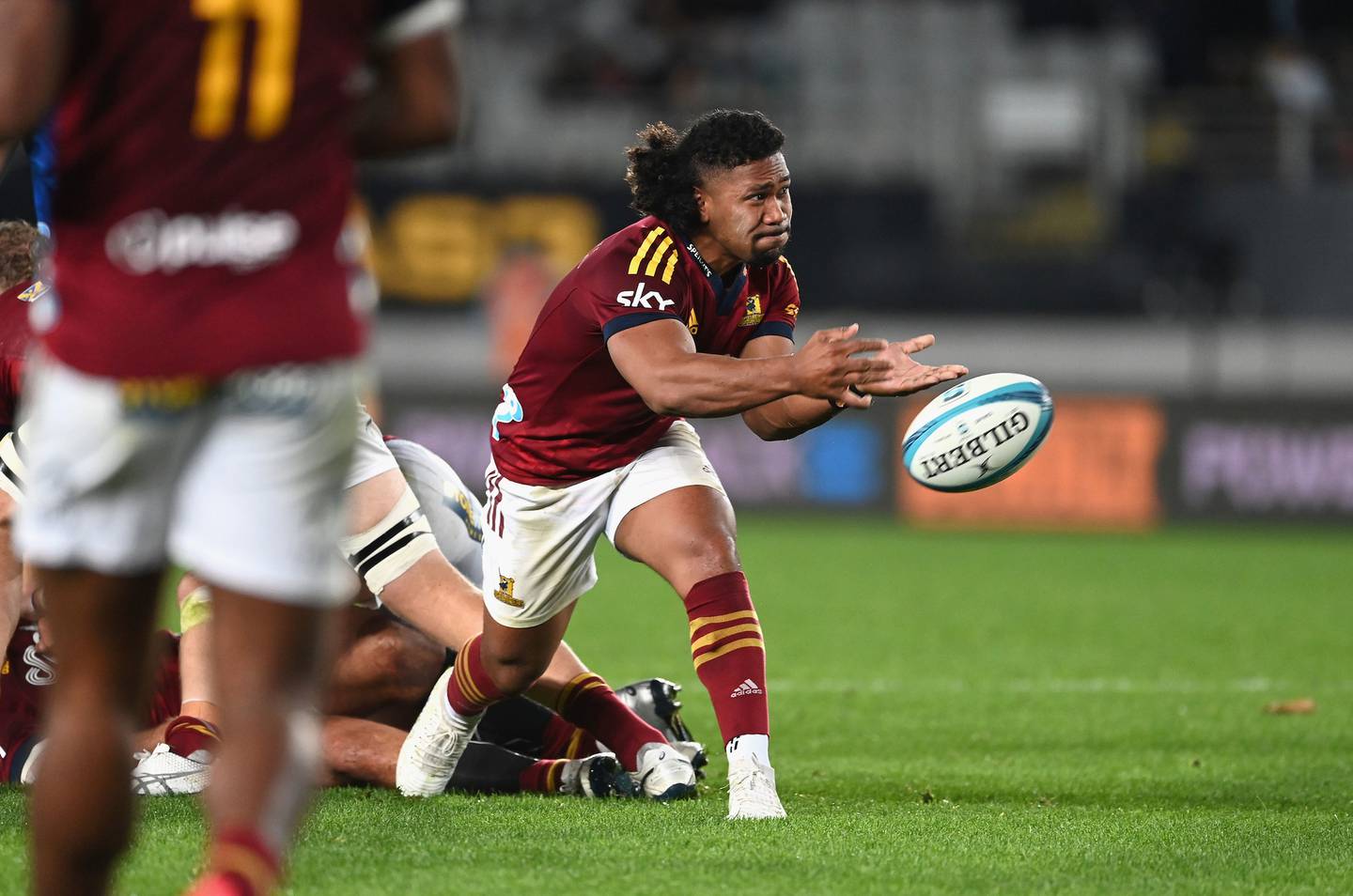 Folau Fakatava of the Highlanders. Photosport

The halfback has been central to Hawke's Bay's recent success, including helping his side earn promotion to the NPC Premiership in 2020. Outstanding form throughout that campaign saw Fakatava awarded the Duane Monkley Medal as the NPC's best player.

After making a promising start to the Highlanders 2021 campaign, Fakatava was ruled out for the remainder of the season with a knee injury.

Returning for the Highlanders in the 2022 DHL Super Rugby Pacific has seen Fakatava back to his best, forming a formidable halfback combination with Aaron Smith.