Richie Mo'unga has been given the nod over Beauden Barrett as the All Blacks' first five-eighth for the first Bledisloe Cup test against Australia at Eden Park on Saturday.

Beauden Barrett will start on the bench for the second successive test, as Mo'unga's back up.

Mo'unga started at No10 for the first test of the year against Tonga, then Barrett was given the job for the first test against Fiji, and came off the bench to replace starter Mo'unga in the second international against the Fijians in Hamilton.

Saturday will be a special night for halfback Aaron Smith, who will play his 100th Test for the All Blacks.

Brodie Retallick is back at starting lock alongside captain Samuel Whitelock with Scott Barrett on the bench.

In the loose forwards, Ardie Savea is at eight, with Dalton Papalii at seven and Akira Ioane in the six jersey. Luke Jacobson is loose forward cover.

Second five eighth David Havili and centre Anton Lienert-Brown are the midfield combination. Rieko Ioane moves to the left wing, Sevu Reece is on the right and Damian McKenzie is at fullback. Halfback Brad Weber, Beauden Barrett and Jordie Barrett are the back reserves. 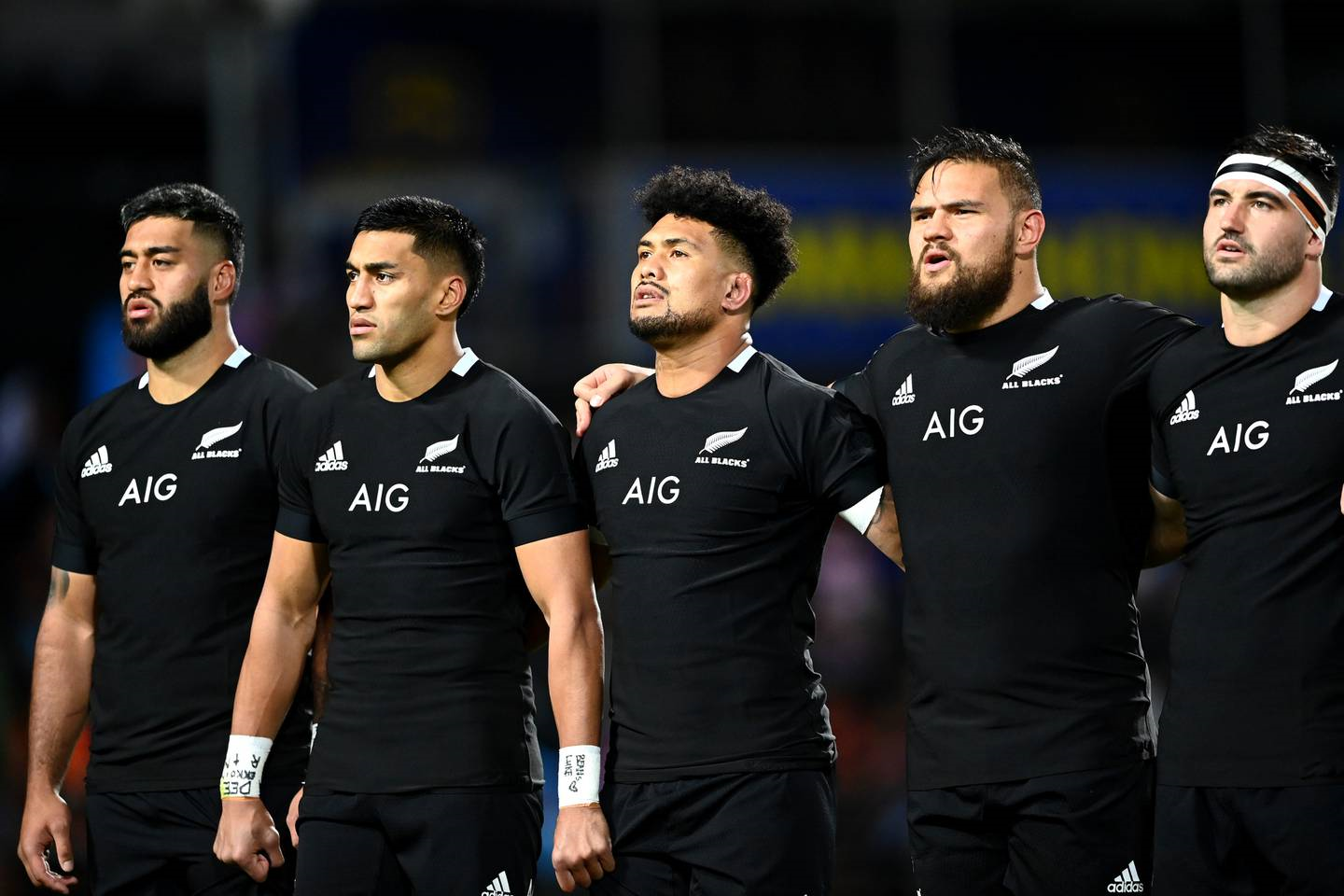 Props Joe Moody and Ofa Tuungafasi weren't considered for selection as they return from injuries, while the selectors have also taken a considered approach with outside back Will Jordan's return from a slight hamstring strain.

All Blacks Head Coach Ian Foster said: "There is huge excitement in our group at what lies ahead this weekend. There is such a huge history with the Bledisloe Cup, the rivalry between the All Blacks and Australia goes back a long, long way, and it's always a massive contest. The Cup isn't ours; we have to go out and win it again. We can't wait for the weekend."

On Aaron Smith's special milestone, Foster said: "He's a special man, he's achieved so much in the black jersey and has been an iconic player for us over the last decade. We know it'll be a special night for him, his wife Teagan and his family."

The matchday 23 is (Test caps in brackets)

The Wallabies will be without the services of three star players for the opening Bledisloe Cup test against the All Blacks this weekend after the trio were caught drinking after hours.

Winger Marika Koroibete, No8 Isi Naisarani and prop Pone Fa'amausili have been ruled out of selection for Saturday night's test at Eden Park, after being caught drinking well beyond an agreed time prior to a training-free day, after the group had dinner and drinks at the team hotel last Saturday night after a full training week.

The Wallabies confirmed the trio had not conducted any illegal behaviour, caused no damage and no complaints were made, they would be stood down as the side look to uphold their internal standards and practices.

"We are building a culture of working hard for each other and being accountable for our actions," Wallabies coach Dave Rennie said in a statement.

"On this occasion, these three players haven't lived up to that and we've taken a very clear stance. Ultimately these three men have paid a big price for their decisions but that's the standard we expect of each other."

The news comes as a blow to the Australian team looking to claim the Bledisloe Cup for the first time since 2002. Koroibete was among the Wallabies' best players in their recent series against France, while Naisarani is a powerhouse at the back of the scrum and was expected to be named in the matchday 23 for Saturday night's encounter. Fa'amausili is yet to make his test debut.