Such is the passion for Moana Pasifika to play in Super Rugby next year that the option of lifting the team from South Auckland and basing it in Australia to play there will come under consideration this week.

Backed by legendary figures of the game such as Sir Bryan Williams and Sir Michael Jones, Moana Pasifika is reeling at being told their star-studded lineup, world-class coaching team and business plan which had them breaking even in year one, has been rejected by New Zealand Rugby.

Williams, speaking to the Herald from his 70th birthday celebrations, said the last few days have hurt — not just because the proposal was rejected but because he and others feel it was never properly or fairly assessed.

Having campaigned for Pasifika's inclusion in Super Rugby since the formation of the competition in 1995 when he was head coach of Manu Samoa, Williams has made it clear he will consider anything and everything to achieve his goal.

And that may include rescoping the bid to shift the team from their proposed base in South Auckland to Western Sydney and play in the Australian Super Rugby competition.

"It's something that our particular group hasn't considered but, by the same token, if it came to that, quite frankly, I would do anything to get this across the line.

"If that is what it takes ... I am 70 years old today and I want to see it in my lifetime because I have been really disappointed in the last few days and I hope things get better.

"We believe we put up a thoroughly professional proposition and bid to NZR. Deloitte had completed a report, a feasibility study that contained more than 100 pages of cost analysis, possible teams and coaching teams.

"I guess we are just really disappointed by NZR that they said Pasifika didn't front up. That we couldn't show we had a competitive rugby team or the commercial wherewithal to put it together. We are a bit flabbergasted by that, to be honest."

NZR said neither Pasifika Moana nor Kanaloa Pasifika were strong enough either on or off the field.

Williams, who is attached to the Pasifika Moana bid, says he doesn't feel NZR have properly assessed the proposal as there were significant numbers of test players on the roster and the financials had the team breaking even in year one.

"I really don't feel they have," says Williams on whether NZR have given Pasifika Moana a fair hearing. "There are some kids out there who no one has ever heard of but we have heard of because we work in those circles. Take Tupou Vaa'i, the current All Black as a classic example. Given the opportunity to play in that sort of environment with the sort of coaching teams that we think we can put together, it would really enhance the progress of the many Polynesian players who are out there.

"One of the criteria NZR put up was that this team had to be competitive from day one. And then in the next breath they were stating we were up against the five best clubs in the world so you think ... is that achievable on day one?

"It's probably not achievable on day one but it might be on day 14 ... who knows? I just feel we haven't been given a suitable opportunity." 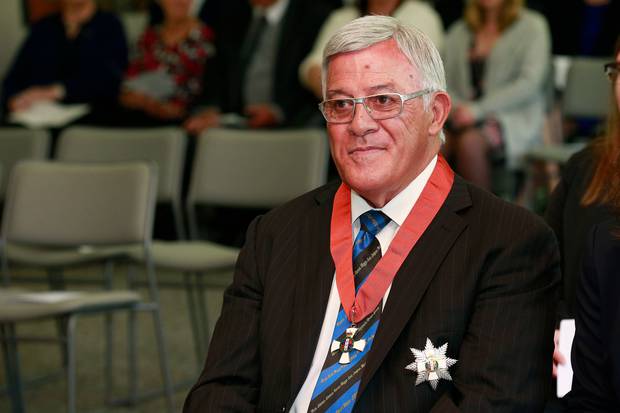 Although the assessment of the relative strengths of a playing roster is subjective and open to debate, what has disappointed Williams more is the dismissal of the business plan which Moana presented.

On any objective measurement it stacked up, he says.

"Here we have NZR announcing they are going to make losses of $100 million and we are expected to go into an environment and suddenly make a profit. How realistic is that? It's unrealistic and cruel.

"But we have done our sums for 2021 and we know how much it is going to cost and we know we can break even in year one. That's in our bid and we showed them that.

"The year one proposal was a partnership. We wanted New Zealand Rugby to come on board, Sky Television, the New Zealand Rugby Players' Association and quite frankly we haven't really gone out to possible investors because we think we can stand it up anyway.

"Once we get the go-ahead I have got no doubt there will be investors available, we have been collaborating with one of the other groups and we are confident we can do that, but it has fallen on deaf ears.

"NZR has got lots if balls in the air and they are not getting a great deal right at the moment."