Speaking on Sky Sport's The Breakdown, which was also broadcast live on the Herald, Kirwan argued that Wallabies greats such as Rod Kafer and Nick Farr-Jones should instead be working constructively with Rugby Australia to try and find solutions to their current crisis, rather than publicly slamming Castle.

"They should be working together. As ex-All Blacks, we very rarely go outside with our criticism before we've said it inside," Kirwan said on The Breakdown.

"Some of these famous ex-Wallabies maybe need to knock on her door or have a Zoom, and just say 'these are my concerns and these are my solutions'."

Castle has come under criticism during the coronavirus pandemic, as Rugby Australia's already-shaky financial state plunges into dire straits, with a $120 million loss being estimated if no rugby is played in Australia this season.

Rugby Australia have been forced to stand down 75 per cent of their staff, while massive pay cuts are on the table for players as well. Kafer and Farr-Jones have been just two of several former Wallabies to speak up and accuse Castle of poor management, but Kirwan believes blaming the Kiwi boss is a "copout" considering how low Australian rugby had sunk before Castle took over.

"Getting attacked by so many people, it must be a pretty lonely place for her," Kirwan said.

"I know we're going a long way back but they were one of the wealthiest unions in the world. What has happened to the development of the game, for the game as a whole? We're seeing Waratahs teams that don't have a strong bench. There's a whole lot wrong." 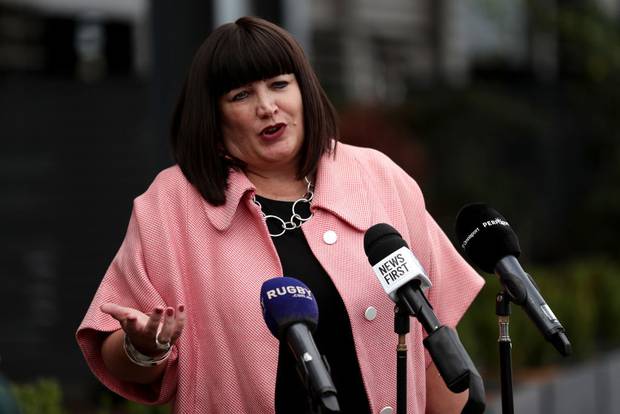 Kirwan also believes that Rugby Australia should keep Castle in charge, and that it is imperative for Australian rugby to stay strong – not only for their sakes, but for New Zealand as well.

"How can you even be talking about sacking your CEO during a world crisis? I don't even get that," he said.