All Blacks fullback Jordie Barrett has escaped further punishment for his red card against the Wallabies in Perth on Sunday, the Herald understands.

It is understood Barrett faced a four-week ban when he fronted a Sanzaar judicial hearing on Tuesday night after he was sent off in the first half by Australian referee Damon Murphy for raising his foot while catching a high ball and collecting Wallabies wing Marika Koroibete in the face.

Barrett was charged with contravening law 9.11: Players must not do anything that is reckless or dangerous to others. 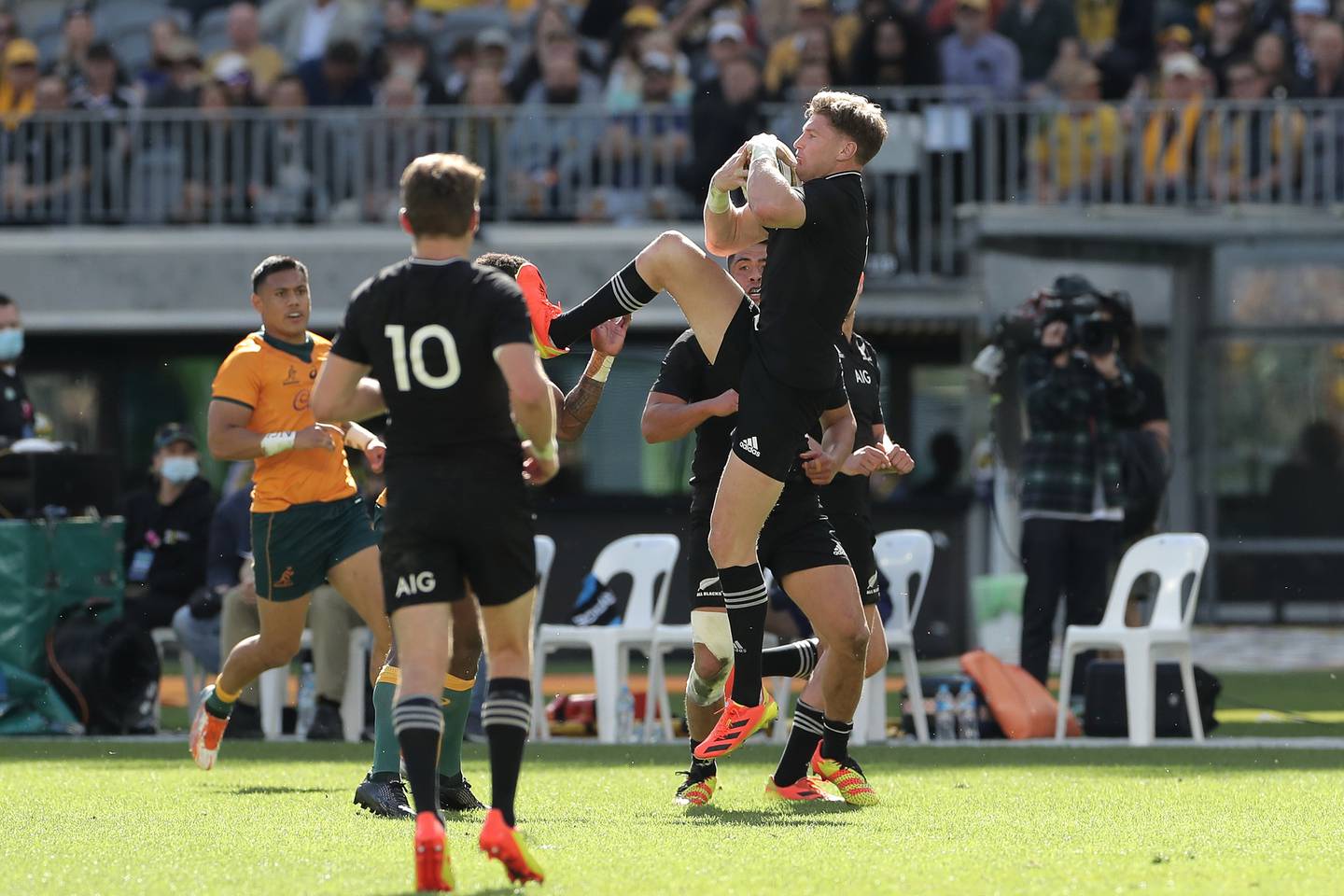 Sanzaar is yet to release its judgement but the Herald understands Barrett has escaped any further sanction and will, therefore, be free to play in the remainder of the season.

All Blacks management were confident they had a strong defence for the contentious incident, with head coach Ian Foster and defence coach Scott McLeod outlining the mitigating factors earlier this week.

Foster said he was "pretty surprised" Barrett was red carded and added: "We'll go and have a good look at it, but we'll certainly be putting a case together for that one. He lost balance, you could see he tilted and what happened. I feel for the refs in situations like this because technically they saw things and they make their decisions so I get all that. Now we've got a chance to sit down and analyse it we'll have a good couple of conversations."

McLeod pointed out that Koroibete encroached into Barrett's landing space before he hit the ground. "We believe we do have a defence. There's some mitigating circumstances from our side so we'll put forward a case," McLeod said. "He won the space in the air so in previous cases the person who has done that everyone else has to look after that person underneath or be aware of that. That would be one. I'm not on that committee and I'm not presenting the case but in my opinion that's what I reckon."

Having Barrett available will be a relief for the All Blacks given the difficulties they face in calling up replacement players amid the global pandemic.

In the lottery that is the Sanzaar judiciary, in this case it seems common sense has prevailed.