It's never easy or straightforward with the Warriors, but it can certainly be thrilling.

They were far superior to the Tigers for most of this match, but it still went down to the wire, though they eventually prevailed 30-26.

The second half was one of their bravest efforts of the season, as they endured 20 minutes reduced to 12 men, with both Ben Murdoch-Masila and Eliesa Katoa sinbinned, but held the Tigers out during that period, and came back from a 20-18 deficit with 13 minutes to play.

But the story of the night was Reece Walsh. In just his fifth NRL match – and second start – Walsh had a spectacular impact. Almost everything he touched turned to gold in the first half, setting up two tries with audacious long passes, then scoring one himself with pace that looked like he had been shot out of a cannon.

He came in for some physical treatment in the second half, as the Tigers tried to limit his effectiveness, but still had the final say, setting up the Warriors' final try.

As he has done all season, coach Nathan Brown sprung surprises with his team. The biggest was Walsh starting at fullback, with Roger Tuivasa-Sheck shifting to the wing in place of Ken Maumalo, who was dropped after concerns over his defence. Katoa returned for his first match since the round five loss to Manly, while Bunty Afoa started in place of Kane Evans.

The Tigers made a bright start and were rewarded with Luke Garner's fourth minute try, though Walsh should have dealt better with an innocuous grubber. But the teenager isn't one to go into his shell and made up for his mistake a few minutes later, showing great vision to send Marcelo Montoya over in the corner with a long cut-out ball. Reece Walsh dives to score against the Tigers. Photo / Photosport

Despite the wet conditions, it was an open game, and Garner then crossed with ease, charging between Kodi Nikorima and Euan Aitken.

After being unfortunate with a bunker call – as Nikorima was shouldered off the ball by Moses Mybe – the Warriors scored one of their best tries of 2021.

It was sparked by Tuivasa-Sheck, who danced on a sixpence to storm into the clear from his own half, before floating a delightful pass to Jack Murchie.

There was more, as another harbour bridge pass from Walsh sent Tuivasa-Sheck over, before Walsh was across himself, a slashing diagonal burst followed by Jeff Wilson-esque swan dive, three minutes before halftime. 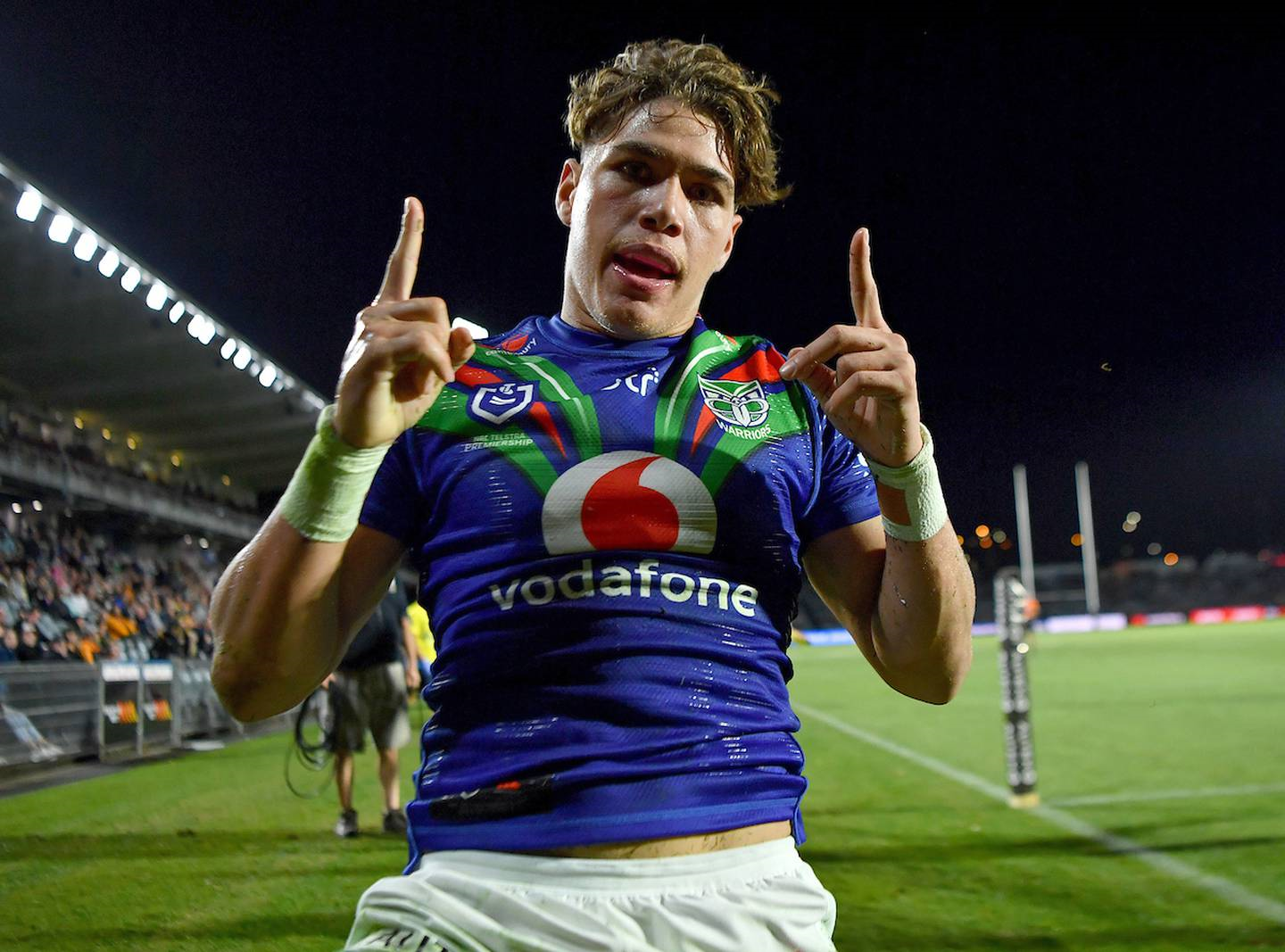 However, the Tigers had Luke Brooks. Another Brooks kick led to their third try, though a Montoya fumble gifted David Nofoaluma the touchdown.

A flashpoint came midway through the second half; the Warriors looked set to score, but an intercept led to Ben Murdoch-Masila being sinbinned, as the second rower made a desperate tackle, but held on too long.

The resulting penalty levelled the scores, before another shot – after a Murchie high tackle – edged the Tigers ahead. Adam Pompey went close, off another Walsh pass, before Katoa was sinbinned for dangerous tackle, just as Murdoch-Masila was coming back on.

But the Warriors dug deep, first with Egan's try off a pinpoint Nikorima grubber, before man of the moment Walsh sent Montoya over.

A 78th-minute James Tamou try made for a nervy finish, but the Warriors hung on – just - to bank a crucial win.