Will scientists ever be able to accurately pick New Zealand's next big volcanic eruption?

While GeoNet has long been providing eruption forecasts – as it's been doing lately with an unsettled Mt Ruapehu – it remains virtually impossible to produce ones proven to be 100 per cent reliable.

A team of researchers have now looked at the latest technology around the world to find that New Zealand agencies do have smarter approaches they can turn to.

The agency has kept Ruapehu's volcanic alert level at 2 – signalling "moderate to heightened volcanic unrest" – since March, when the temperature of its crater lake reached 31C.

That didn't mean the volcano was imminently due its first blow in 15 years – as Kilgour pointed out in GeoNet's latest update, Ruapehu's "most likely" scenario for the next three weeks was no eruption.

But surprises were always possible – and Whakaari/White Island happened to be set at alert level 2 when it blew without warning in December 2019, killing 22 people.

Exactly a year after that tragedy, it was suggested at a meeting of volcanologists that a review of forecasting options was needed.

"There appeared to still be quite a lot of knowledge gaps around eruption forecasting – what methods were out there, how, and when they could be used, and most importantly when they should be used," Massey University researcher Dr Melody Whitehead said.

But there still wasn't a single method that could forecast all of the complex parameters they wanted.

"We might want to know when and where the eruption is going to start, its style and how big it's going to be, how long it might last, or what to expect from related hazards like ash, lava, lahars or tsunamis."

That prompted she and colleagues to take a closer look at what forecasting options might work best for New Zealand's monitored volcanoes.

"We first scoured the international literature to capture as many eruption forecasting methods as possible," she said.

"We then identified method requirements, assumptions, limitations, output possibilities, and any times these methods had been used in real-time."

These fell into six main categories.

First, there was the status quo of expert interpretation, which meant a forecast could be produced in real-time – but that still involved high stress and a degree of subjectivity on the expert's part. 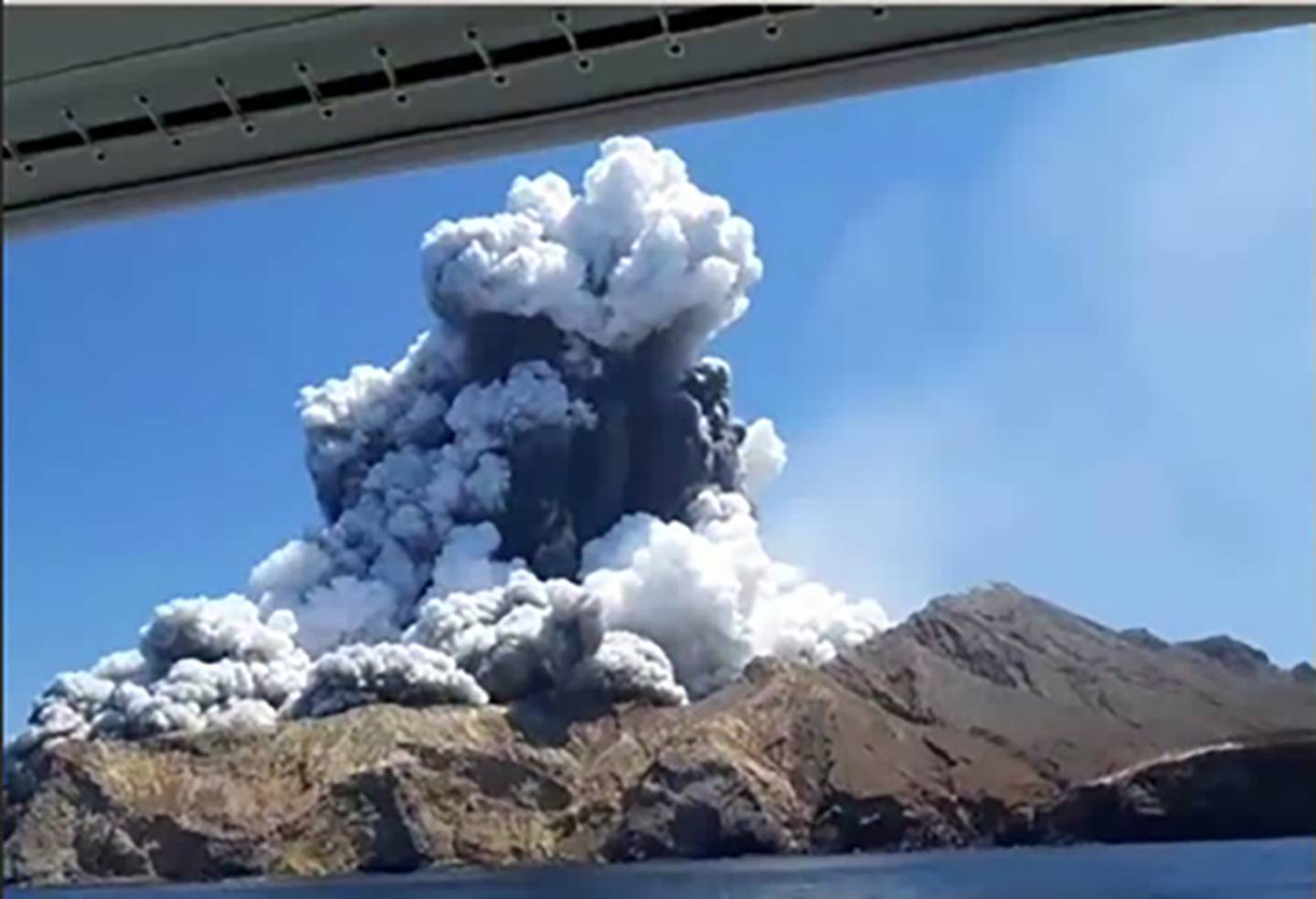 White Island/Whakaari, as it was pictured erupting at 2.15pm on December 9, 2019. Image / Allessandro Kauffman

Another approach was using "event trees" – a system where experts used the latest data to build a "tree" of information to better understand what was happening at a volcano – but this still couldn't forecast when an eruption was likely to kick off.

A third option, also used by GeoNet, was "belief networks", in which scientists attempted to build a picture of what might be happening within the volcano.

"You build a conceptual model of the subsurface as well as how you think sub-surface processes relate to observations, and ultimately eruptions," Whitehead explained.

There was also "failure forecasting" – or using any monitoring signal showing acceleration to estimate the future time of an eruption.

"But this only forecasts an eruption start-time – and the time when you think the signal starts accelerating from."

The final two approaches were also based on models: one, still under development, involved building complex models of a volcano's sub-surface to pin-point eruption signals as they occurred.

The other used machine learning to train algorithms on past data, new data are then compared to these pre-determined sets of patterns to output a forecast.

One University of Canterbury geophysicist has already used machine learning to reveal a specific seismic signal that occurred in the days leading up to Whakaari eruption, which might tip scientists off to future blows.

In their just-published study, Whitehead and colleagues looked at what there was to work with at each of our volcanoes, to find factors like a lack of past data might make some of those approaches impractical by themselves.

Still, she said it was possible to combine different methods to improve forecasting.

"Ruapehu, Whakaari, and Ngauruhoe are the three volcanoes at which all six methods could be applied," she said.

"But to get some of the more exciting forecasting methods running effectively, like machine learning or belief networks, we need more data."

The main challenge for forecasting, she said, was that scientists still didn't know which of those methods were most reliable before an eruption. 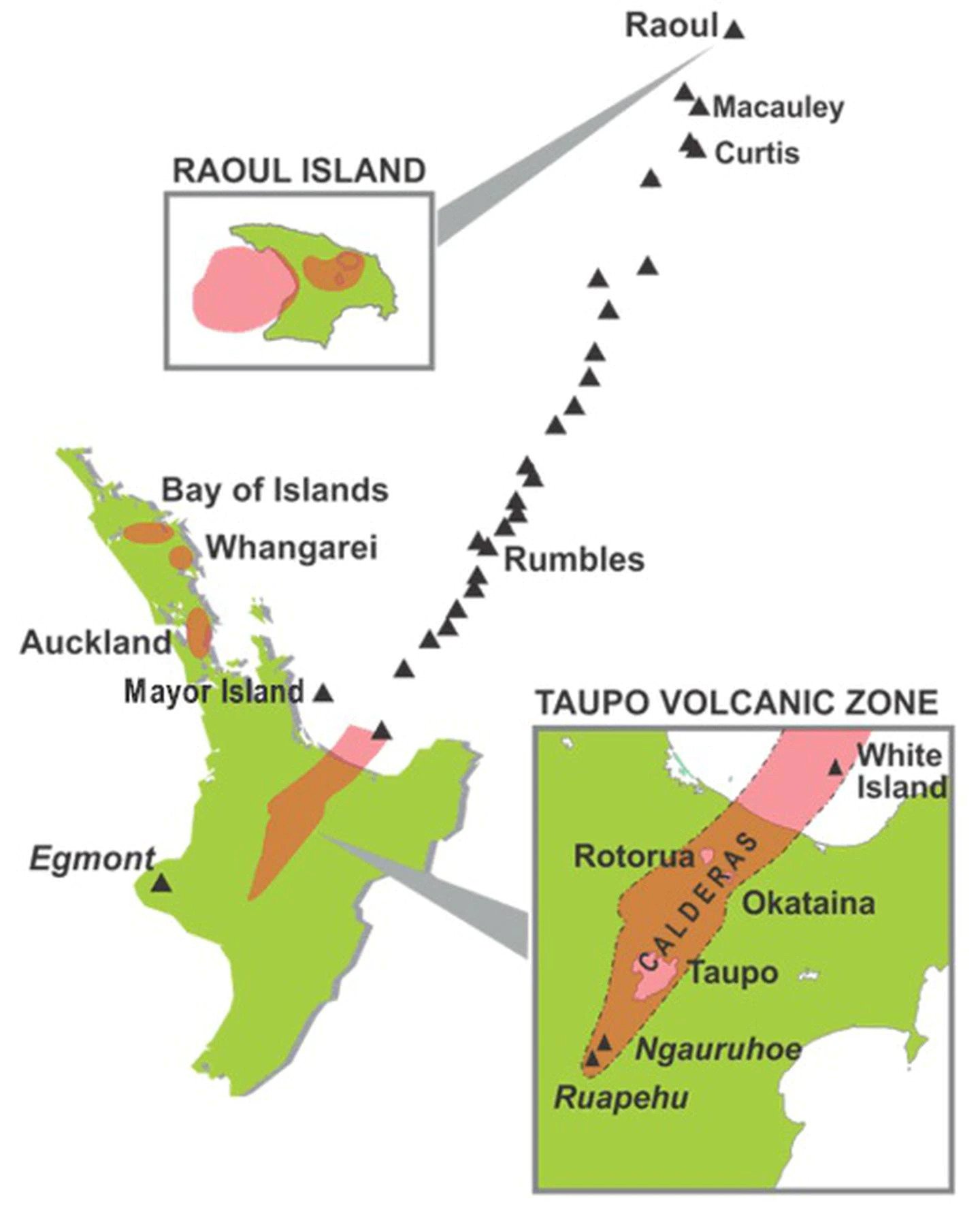 "We know that eruption forecasts are uncertain – and that's why we need transparent processes that are explicit about this," she said.

"One way around this is to develop as many methods as possible at a volcano given specific data, knowledge, and monitoring equipment limitations.

"We need people not to be scared about producing forecasts, but these forecasts need to be explicit about the assumptions and caveats that go with them."

"We have the capabilities in New Zealand to develop and apply these tools and models to our volcanoes – but we must be very careful as to how they are applied and operationalised," he said.

"While we could implement methods to provide forecasts, alongside the science there needs to be an equally robust legislative framework that would empower an agency to deliver them to the public."

Meanwhile, Kilgour said GNS itself was "actively" researching and investing in automated short-term forecasting tools to provide eruption probabilities at our volcanoes.

"This includes collaborating with universities around the world on developing these tools."

Has been locked in a near-constant state of unrest since 2012. Has had three eruptive cycles since 1976. The uninhabited island is the visible tip of a 1.6km high, 17km wide submerged volcano, New Zealand's most active. Produces lava flows, minor ash falls and its crater has collapsed several times. Unleashed an eruption in 2019 that killed 22 people. Last eruption: December 9, 2019.

Dormant until 2012, the volcano produced a large eruption in 1869 which formed the upper Te Mari Crater. Another eruption 23 years later belched an immense quantity of steam, mud and boulders, and ejected material rose 600m-900m before rushing down the mountainside. Like White Island's, its most recent eruptions in 2012 were steam-driven ones, affecting a small isolated area. Last eruptions: August 6 and November 21, 2012.

New Zealand's largest cone volcano has mostly produced lava and ash in its frequent eruptions. The last explosive eruption lasted seven minutes and spread ash, rocks and water across the summit area, producing lahars in two valleys including one in the Whakapapa ski field. In contrast with the previous eruptions in 1996, there was no high ash plume to produce ash fallout over a wide area. The effects of an eruption on local tourism, particularly skiing, is large and ash can spread over large areas, especially toward the east in prevailing westerly winds. Last eruption: September 25, 2007.

Discharged red-hot rocks of lava and periodic activity that lasted for months when it erupted in 1973. In the next two years, there were explosive eruptions of ash, and blocks of lava were thrown as far as 3km. During the last violent eruption, gases streamed from the crater for several hours, producing a churning plume of ash up to 13km above the crater. This column then collapsed, causing ash and scoria avalanches that swept down the sides of Ngauruhoe, leaving trails of rubble. Last eruption: 1973-1975.

More than 85,000 people live within 30km of Mt Taranaki — 40,000 in high-priority evacuation areas. Risk of lahar flows, pyroclastic flows (up to 20km from eruption vent), lava flows (up to 10km) and ash fall. Could disrupt dairy farming and petrochemical industries, including reticulated supply to North Island. Last eruption: 1854.

Has not erupted since human settlement of New Zealand, but has been one of the most active caldera volcanoes on Earth over 300,000 years. Largest known eruption expelled more than 500sq km of lava, ash, rocks and gas. Effect of even a small eruption could be devastating for the central North Island and its effects would be felt throughout the entire country. As well as direct damage, it would inflict severe losses on tourism, agriculture, forestry and North Island hydroelectric generation industries. Last eruption: 1800 years ago.

Home to nearly 50 volcanic centres. Mass evacuation for an unknown length of time would be essential. Planning scenarios include an ash fall over Greater Auckland, significant damage to infrastructure, airport closure and insured losses of up to $2 billion. Existing volcanoes unlikely to erupt again, but field is young and potentially active. Last eruption: Rangitoto, 600 to 700 years ago.