After incidents involving aggressive whale attacks on tourists, a Pacific whale charity is calling on operators to change their interactions with migrating humpbacks.

Beyond New Zealand's shores marine tourism is a billion-dollar industry globally, according to the Pacific Whale Foundation. Particularly across the waves in Queensland Australia, where operators get even closer to cetaceans.

A new study into the impacts of human interaction with whales has revealed that some whale watching activities have detrimental effects on the animals. In some cases could be leading to "isolated incidents" of attacks on divers.

Swim-with-whale experiences have been adopted around the world with humpback whales being the most commonly visited species. 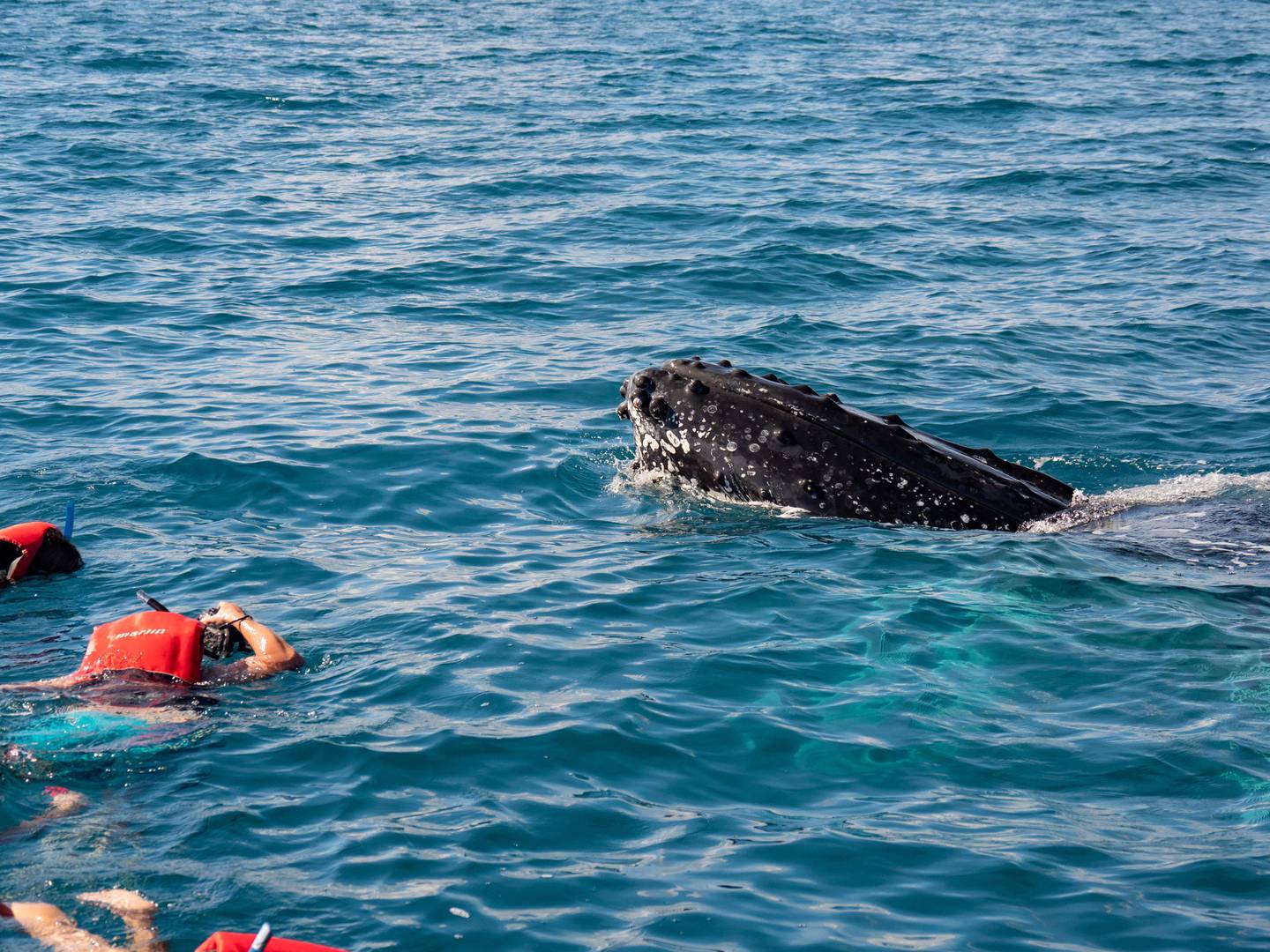 Hervey Bay in Queensland is the centre of Australian swim with whales tourism. Photo / Queensland Events

Having first been developed commercially in Queensland, Australia. Hervey Bay is arguably the home of swimming with Australian humpbacks. It has since expanded into other Australian territories.

Western Australia granted a provisional licence for swim encounters until 2023, however there have already been some issues in Ningaloo.

Last year there were three incidents within a month involving injuries by whales to tourists, some serious.

One women was treated for fractured ribs and internal bleeding in September after being struck by a mother humpback whale in the Ningaloo marine park, protecting her calf.

The current Australian licence requires divers to remain 75metres away from the whales. This clearly doesn't always happen. 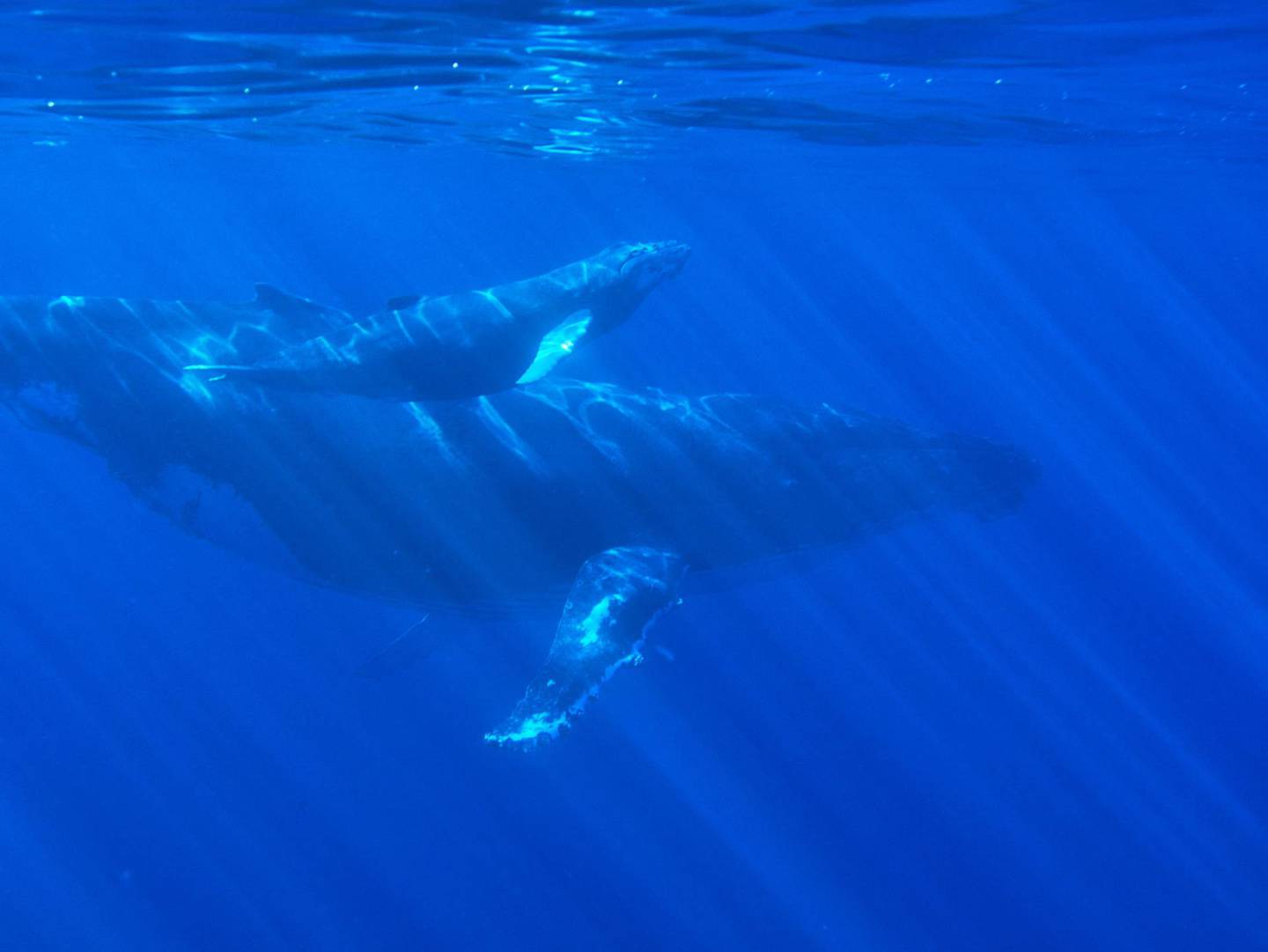 There have been several incidents involving humpbacks with calves in Western Australia. Photo / Miche Doherty, Unsplash

In spite of these incidents, swimming with whales was deemed safe by state Authorities in Australia and was granted permanent approval in Queensland after a risk assessment.

The Pacific Whale Foundation says this risk assessment did not take into account the effect of the activity on the whales.

"There was no research during the trial period on how this marine tourism activity will affect the whales," says PWF's Chief biologist Stephanie Stack, who led the new behavioural study.

Collecting 250 hours of data from swim-with-whales activities and 150 hours of data with boat-based whale watch outings, the study aimed to monitor behavioural changes and deviations off course.

Disturbance to whales in resting areas and while swimming is thought to be extremely disruptive to the migratory animals. Humpback whales swim 8000km from polar summer feeding grounds and winter mating and calving areas in the tropics. Denying proper rest is hugely detrimental on these marathon journeys.

Agitation was seen to be greatest while swimmers were in the water with whales.

"The number of direction changes made by the whales was highest when swimmers were in the water, and the whales did not resume undisturbed behaviour after the swimmers exited the water," reported Stack.

There was a 50 percent reduction in time that whales spent resting while being observed by simmers compared to whale-watch from boats.

"As humpback whales are capital breeders with limited energy reserves, reducing disturbance to them is of high importance for their continued population recovery and for the sustainability of the marine tourism industry," said Stack.

In New Zealand the Department of Conservation grants permits for whale watching concessionaires and commercial licences for swimming with marine mammals.

A spokesperson for DOC said there are currently "four active permits for commercial swimming or diving with marine mammals," however these are mainly for seal and dolphin diving experiences.

"We don't endorse swimming with whales as it can cause them distress and is also potentially dangerous to the swimmer," they said. "Acting appropriately around marine mammals, including whales, dolphins, and seals, protects both animals and humans."

Swimming with whales is a breach of the Marine Mammals Protection Act 1992.

There are, however, some New Zealand based companies who specialise in whale swimming tours offshore. 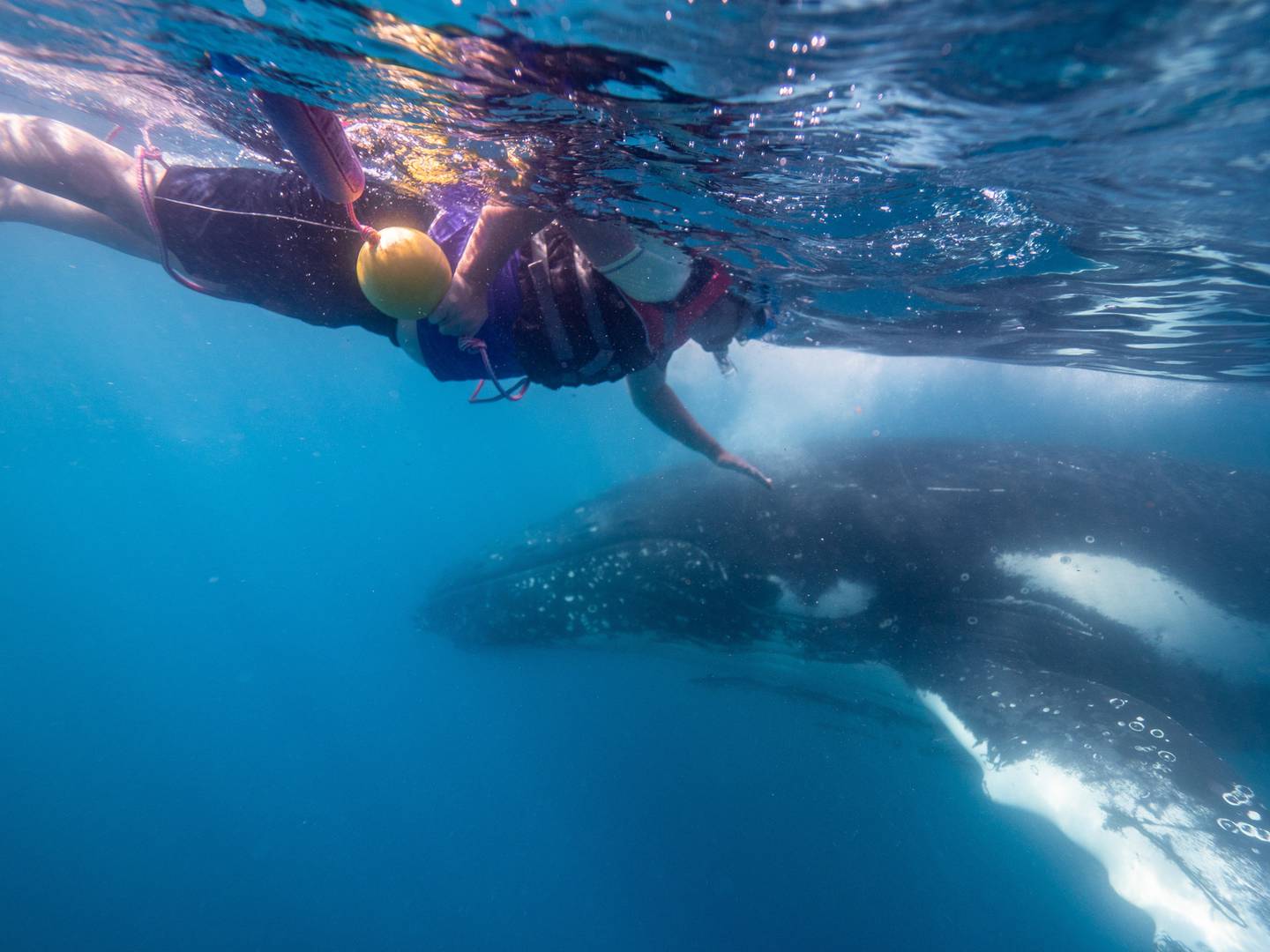 Are whale watchers getting too close for comfort? Photo / Queensland Events

Whale Swim Adventures based in Rawene, Northland specialises in swimming experiences in whales in Tahiti, Tonga and even Sri Lanka. Although it does not operate dives domestically in New Zealand.

The company's website promotes swims in the South pacific and says "encounters are guided by trained and experienced naturalists." However, their operating distance is only 50 metres - half the recommended range by the Whale Foundation - and 100 metres from a mother with calf.

Whale watching from boats continues to be a popular attraction for tourists in New Zealand. While working to minimise the disturbance on whales passing through, some outfits say they can help protect and better understand the animals.

The Auckland Whale and Dolphin Safaris are conducted on research vessels, which collect sighting and water analysis data for DOC's marine mammals programme. Any disturbance they say is minimal and the information gained can help resident and migratory species.

"Done with care and respect, we believe tourism can play an important part in the monitoring and protection of our oceans."