Interactive maps described as a "scientific benchmark" have revealed the vast continent beneath New Zealand as it's never been seen before.

While scientists have known about it for decades, it's only been in recent years that Zealandia has been publicly recognised as the planet's youngest, smallest, thinnest and most submerged continent.

At one relatively brief point in the Earth's history, its sprawling mass once stood above the waves, dispersing animals and plants from here to New Caledonia and the east of Australia.

Most groups of dinosaurs, including the towering titanosaurs, roamed its rolling, mountainless, low-lying landscape.

Today, 94 per cent of Zealandia lies underwater – if we drained the oceans, we could see it unfurling some 4.9 million sq km across the South Pacific.

But new maps just released by GNS Science, along with a new interactive website called E Tūhura - Explore Zealandia, allow us to see in much closer detail.

The maps cover both bathymetry – or the shape of the ocean floor – along with the continent's tectonic origins.

When that vast supercontinent of Gondwanaland broke up into five continent-sized pieces, it created South America, Africa, Antarctica, India, Australia – and Zealandia. 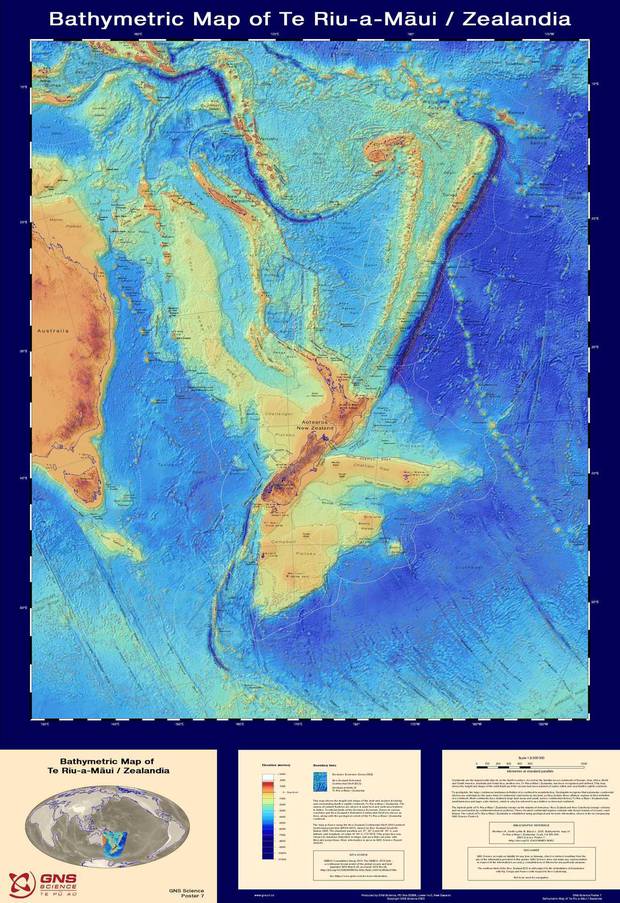 This bathymetric map uses data from the Seabed2030 project, which is a global initiative to map the ocean floor of the entire world by 2030. Image / GNS Science

This happened progressively from 150 to 50 million years ago, somewhat like a reverse jigsaw puzzle, but leaving buried clues to help geologists piece it back together.

One giveaway was Zealandia's geology, with its older foundations of granites and greywackes, and cover of younger sedimentary and volcanic rocks, which was strikingly similar to that of its former neighbours Australia and Antarctica.

The time-frame of Zealandia's separation from Gondwana, and eventual plunge into the ocean, has been revised as new geological evidence has come to light.

This has told us that for at least 400 million years, up to about 100 million years ago, the Pacific Plate was subducting beneath Gondwana's eastern edge.

Sediments piled up along the margin of the continent and became crumpled and deformed as they were squeezed into greywacke and schist by the colliding plates.

About 100 million years ago, the tectonic situation changed again, when Gondwana was stretched and rifted, eventually separating off a large fragment that became Zealandia.

First, it was all land, but then it slowly sank as the Tasman Sea grew, and it continued to be stretched and thinned until about 25 million years ago, when it was mostly under the sea.

Whether all of it fell below the surface has long been historically debated by scientists, but fossil evidence and living enigmas such as tuatara and kauri suggest that some small Zealandia islands survived the great drowning. 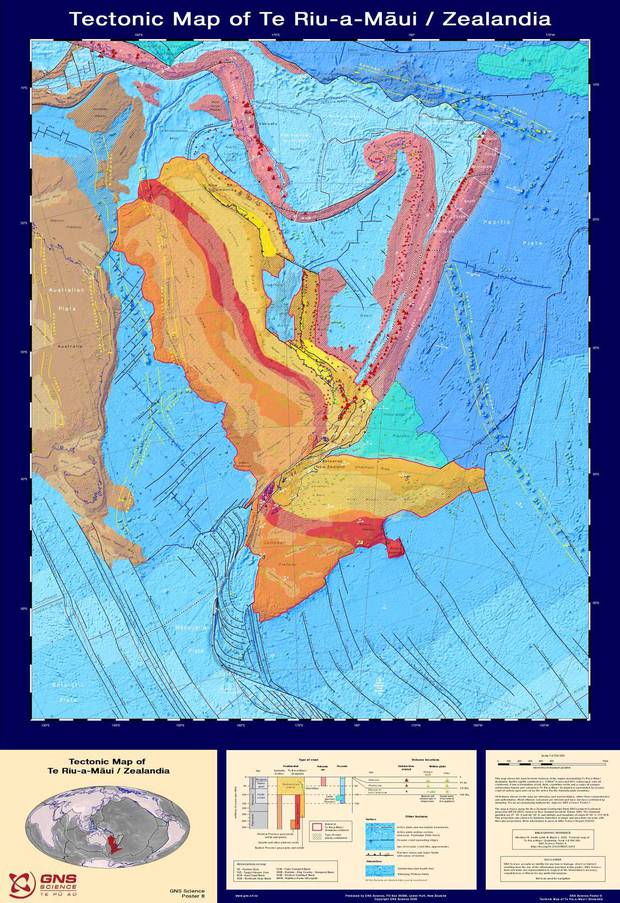 And even if just 1 per cent of Zealandia stayed dry, that would still represent more than 2500 sq km - an area scientists have pointed out is well over 1000 times the surface area of Stephen's Island, where more than 30,000 tuatara currently live.

Studying modern-day Zealandia was difficult for the obvious reason that most of it lies more than a kilometre below the sea – but the new maps have helped demystify Zealandia.

"These maps are a scientific benchmark – but they're also more than that," geologist Dr Nick Mortimer said.

"They're a way of communicating our work to our colleagues, stakeholders, educators and the public.

"We've made these maps to provide an accurate, complete and up-to-date picture of the geology of the New Zealand and southwest Pacific area – better than we have had before. 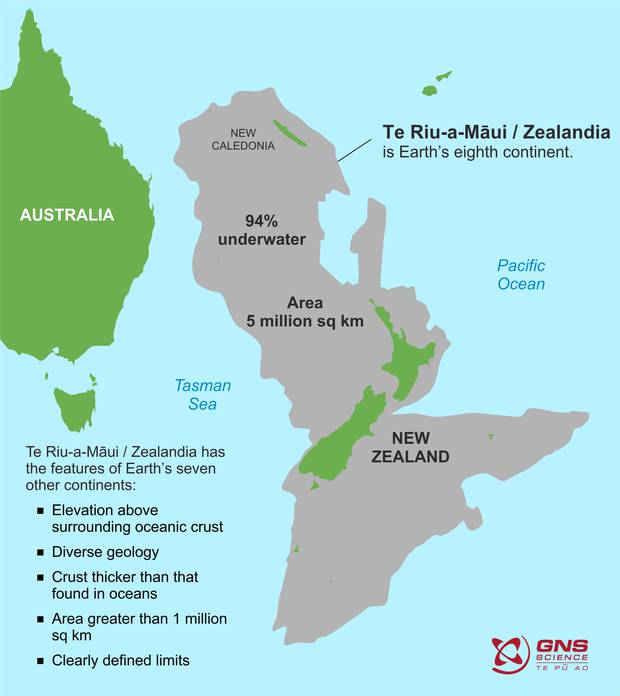 "Their value is that they provide a fresh context in which to explain and understand the setting of New Zealand's volcanoes, plate boundary and sedimentary basins."

Programme leader Vaughan Stagpoole said the website provided the perfect way for users to explore geoscience data from their homes.

"Users can zoom and pan around different thematic geoscience webmaps of the region," he said.

"They can readily view and interrogate the maps and turn layers on or off. They can also query features in the layers and generate custom maps of their own."