A renowned research team whose work has helped millions of babies and mums around the world has landed New Zealand's premier science award.

This year's $500,000 Prime Minister's Science Prize has been awarded to the multi-disciplinary team led by one of our most acclaimed scientists, Distinguished Professor Dame Jane Harding.

She and her colleagues have been recognised for developing a cheap and easy way to treat an ailment that can cause brain damage in babies.

Neonatal hypoglycaemia – or low blood sugar – is a common problem that affects up to 15 per cent of otherwise healthy babies and is a preventable cause of brain damage.

Harding's research group found that massaging dextrose gel into the inside of the baby's cheek was an effective way to treat the problem.

It was now being adopted around the world, saving millions of families from separation soon after birth, and millions of dollars for healthcare systems.

Harding, a professor of neonatology at the University of Auckland-based Liggins Institute, said the problem of understanding and treating blood sugar in babies had been around for decades.

"Nearly a third of all babies are born at risk of having too low blood sugars and about a half of those will get a low blood sugar, so that's a lot of babies," she said.

"It's a big problem, a common problem and one therefore that really matters because if we don't get it right, we are talking about brain injury.

"One of the joys of this work and the challenges has been that it's been very multidisciplinary," she said.

"We have had to bring together a team who can think about the problem in many different ways," Harding said.

The award, presented at a Wellington ceremony today, follows several top honours for Harding personally: including Royal Society Te Apārangi's prestigious Rutherford Medal in 2019, and being made a dame in 2020. 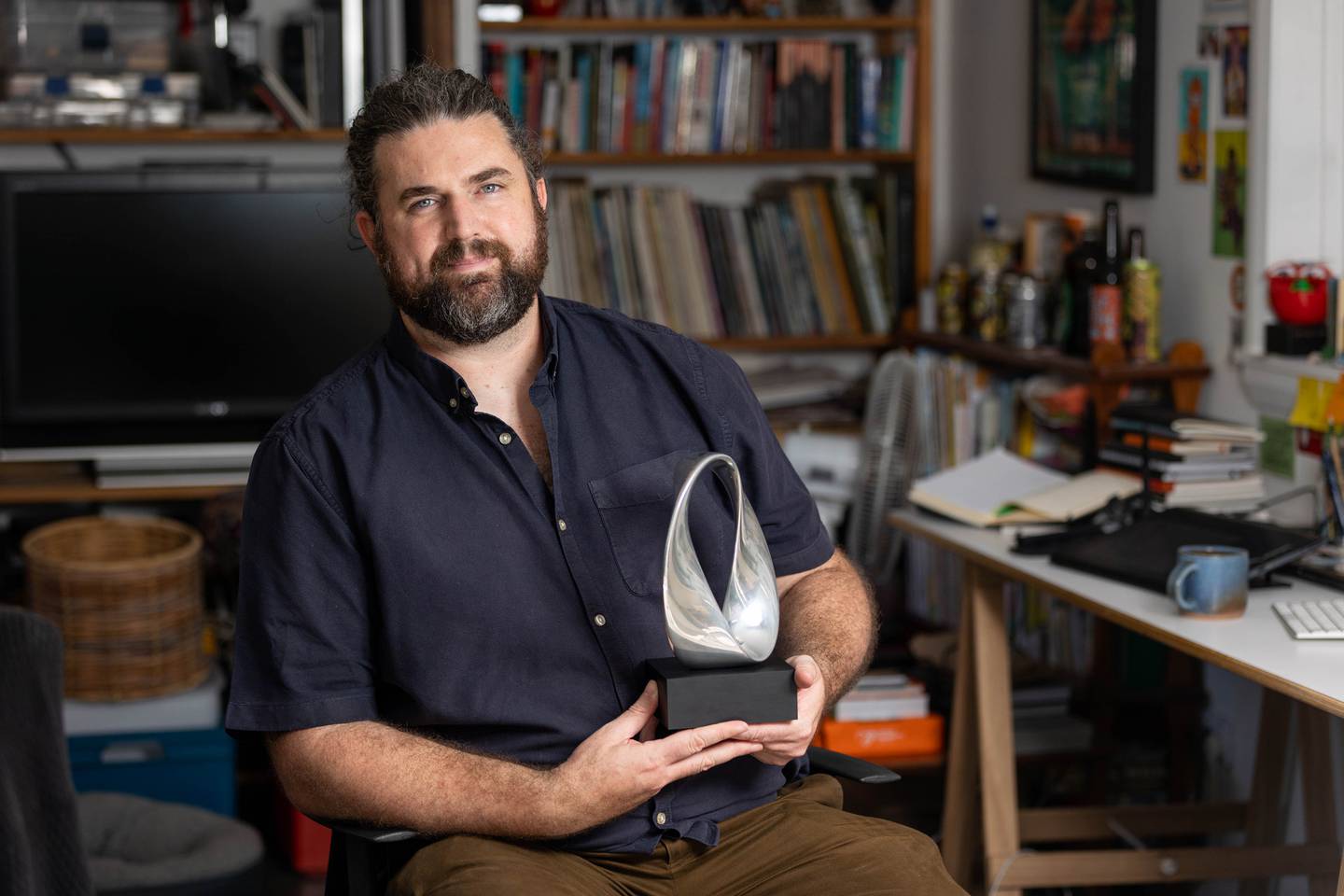 "I'm interested in how the world works and how we all get along together," illustrator Toby Morris says. Photo / Supplied

From the start of the pandemic, Toby Morris worked with Wiles to create illustrations that cleverly explained scientific concepts about Covid-19 – many of which have gone viral online.

The cartoon and animated graphics that came out of his collaboration with Wiles were not only published on The Spinoff website, but also shared globally on social media, and were used by Prime Minister Jacinda Ardern.

The graphics have also been widely used by schools to share with parents, along with businesses and community health providers.

In awarding this prize, the selection panel felt Morris was fully deserving for "bringing his immense talent and creativity to light on an ever-changing complex topic at a time of crisis".

Morris said: "For a long time, I've been making comics about mostly social and political issues. I'm interested in how the world works and how we all get along together.

"So back in March 2020, what was becoming increasingly obvious was the pandemic was something to take seriously and something that we all needed to find out about."

As a researcher fascinated by how viruses evolve and spread, Geoghegan was ideally placed to help with New Zealand's Covid-19 response soon after she arrived here from Australia.

In 2020, Geoghegan helped to establish genome sequencing of Covid-19 cases through collaboration with ESR, which has proven critical in our pandemic response. Woyak's teaching takes a hands-on approach – often with a conservation focus - and she's led school activities in a large number of topics.

These include testing water from the local stream, riparian planting, flax weaving from harakeke growing on site, beekeeping, citizen science projects with iNaturalist, waste management and trapping and tracking as a predator-free school.

While there are some cancer drugs that target melanoma cells, some melanomas can become resistant, so the treatment fails.

In her work alongside Therese Featherston and Professor Mark Hampton at Otago University's Centre for Free Radical Research, Carol has been exploring combining the cancer drug vemurafenib with auranofin, a gold-containing compound known to inhibit the antioxidant system in melanoma cells.

There's already indications this could lead to a drop in cancer cell viability, she said.

"This is a promising result towards delivering a higher efficacy treatment towards the targeted cancer cells."