Stargazers around parts of the country had a rare treat after a spectacular display was spotted in the sky last night.

A misty spiral formed over the South Island and was sighted by many excited and curious Kiwis around 7.30pm.

Many people took to social media sites Twitter and Facebook to share their photos captured around parts of the South Island including by those in Queenstown and Motueka.

A person on the Milky Way Chasers New Zealand Facebook page shared stunning images of the phenomenon in an otherwise starry sky over Motueka. 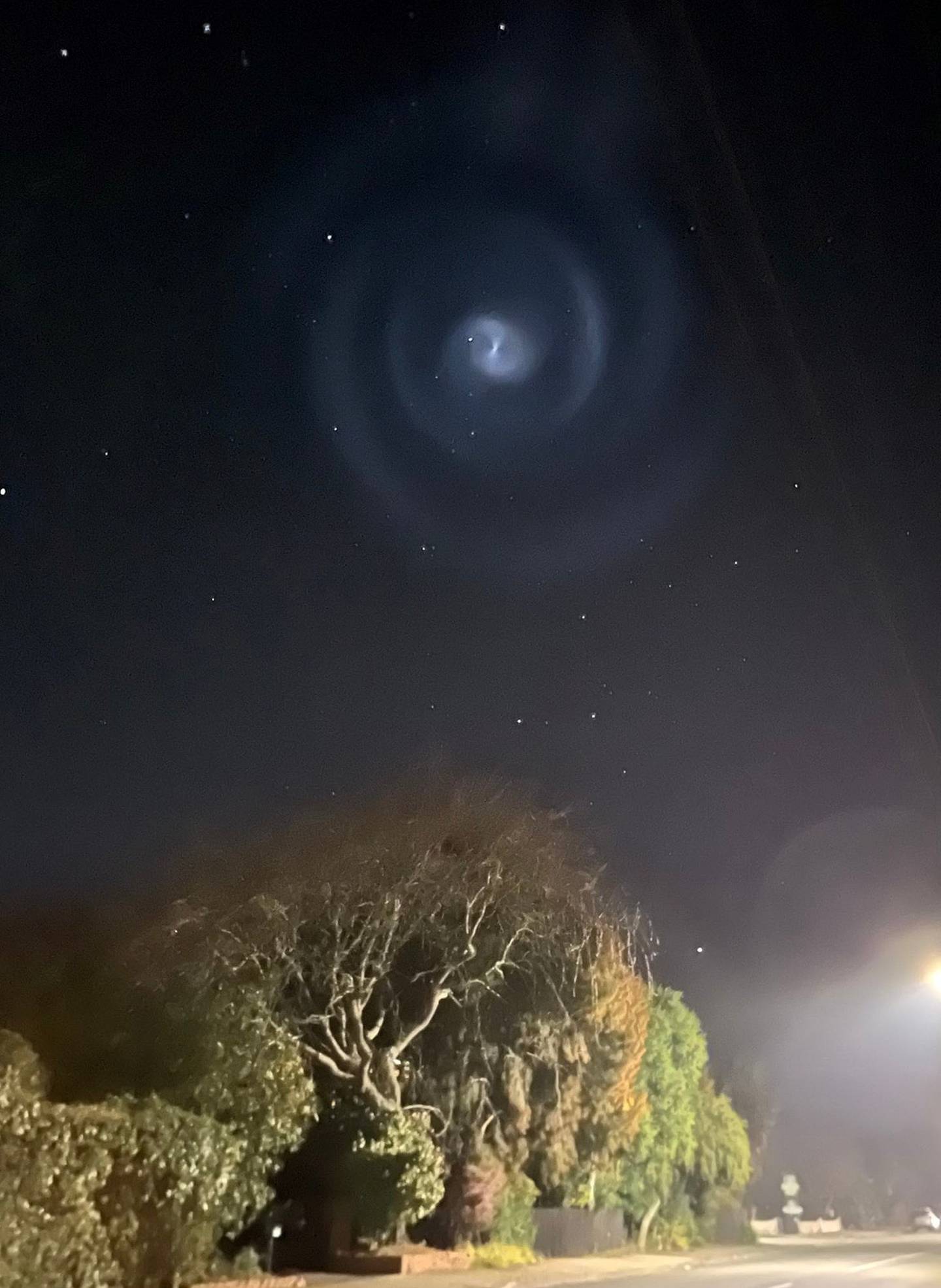 The misty spiral seen in over Motueka last night. Photo / Bong Sze How

But it seems the phenomenon was man-made.

The New Plymouth Astronomical Society shared an explanation online last night, saying the spiral was most likely caused by a fuel dump from a SpaceX rocket launch.

Taken in Queenstown NZ about 30 minute's ago. Any ideas what it is? Some speculating it's got something to do with SpaceX @elonmusk pic.twitter.com/lvA2amDzGM

"Similar effects have been seen before and SpaceX's Globalstar 2 FM15 was likely to have passed New Zealand around that time," the society said.

SpaceX has staged three successful Falcon 9 launches over the past two days - carrying a total of 55 satellites into space and putting the heat on rival Rocket Lab as it tries to up its launch frequency.

At the other end of the scale, a failed launch by Rocket Lab rival Astra destroyed two Nasa satellites last Sunday.

SpaceX hauled a Globalstar communications satellite into orbit early Sunday from Cape Canaveral, pulling off the third Falcon 9 rocket flight in 36 hours, the fastest sequence of three missions by any commercial launch company in history.

SpaceFlight Now shared an incredible capture of SpaceX hauling its Globalstar communications satellite into orbit early Sunday from Cape Canaveral, in the US, pulling off the third Falcon 9 rocket flight in 36 hours.

It is said to be the fastest sequence of three missions by any commercial launch company in history.

Last night's sight comes almost a year to the date after a similar spiral was spotted around the Pacific region last year, on June 18.

That spiral - which was brighter in some parts of the Pacific - was seen in places including Fiji, Samoa, New Caledonia and the small island of Tokelau.

Video footage captured by those lucky enough to see it showed the spiral shape expanding in size over a few seconds before vanishing just as quickly as it appeared.

It was later explained that the koru-like spiral was from a release of gas from a Chinese rocket.