The only tsunami recorded to have killed anyone in New Zealand holds valuable lessons 150 years on, scientists say.

What's known as the Arica earthquake, measuring somewhere between 8.5 and 9.0 in magnitude, ruptured across some 600km of seafloor off the coast of Peru on August 14, 1868.

Killing an estimated 25,000 people in Chile and Peru, the quake also triggered a tsunami that hit the Chatham Islands after a 15-hour roll across the Pacific.

At 1am on August 15, people in the village of Tupuangi on the northwest coast of Chatham Island awoke to a loud roar as a massive wave surged inland.

Three families were washed away and survivors scrambled to higher ground and were left with nothing.

Another man was killed as he tried to secure a boat.

The tsunami stripped the land of vegetation including large trees, leaving only sand and boulders, and unusual waves and strong currents continued for another 24 hours. 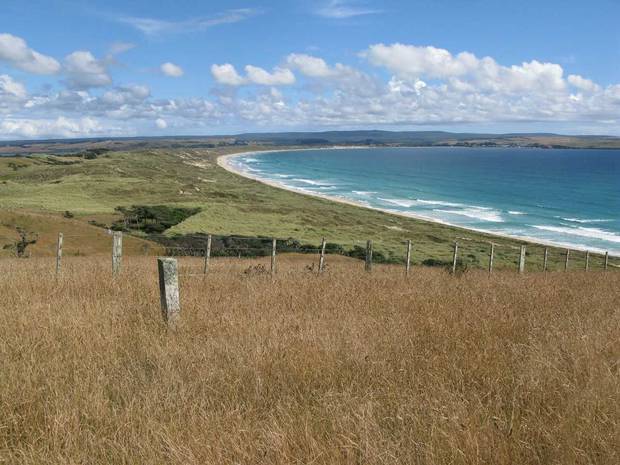 The view over Waitangi West on Chatham Island. This was one of the severely affected areas during the 1868 tsunami. Photo / GNS Science

Later, the tsunami travelled another 800km to New Zealand's mainland, where Banks Peninsula, Oamaru, Timaru, and Port Chalmers in Dunedin took the brunt of the impact.

At the Port of Lyttelton, waves reaching over 7m high ripped boats from their moorings and caused widespread damage.

GNS Science geologist Dr Hamish Campbell, among a group of scientists heading to the Chathams this week, said the event was significant because it was believed to be the only recorded instance of a tsunami causing deaths in New Zealand in historic times.

It was also the first tsunami in New Zealand to be documented in detail.

On Wednesday, Campbell and colleagues will join local residents in a memorial event at Waitangi West Beach on Chatham Island.

"In 1868 there was quite a large community living in this part of Chatham Island [Waitangi West and Tupuangi] and it was very badly affected," Campbell said.

"The purpose of the memorial event is to raise public awareness and promote educational opportunities about the major natural hazards - earthquakes, tsunami, volcanism, landslides, and extreme weather - and how society can become more resilient and co-exist with them."

While the tsunami hit without warning in 1868, such an event happening today would be flagged with plenty of warning by the Pacific Tsunami Warning Center in Hawaii.

That was unlike New Zealand's most hazardous form of tsunami - a violent near-shore event that could leave people just minutes to evacuate. 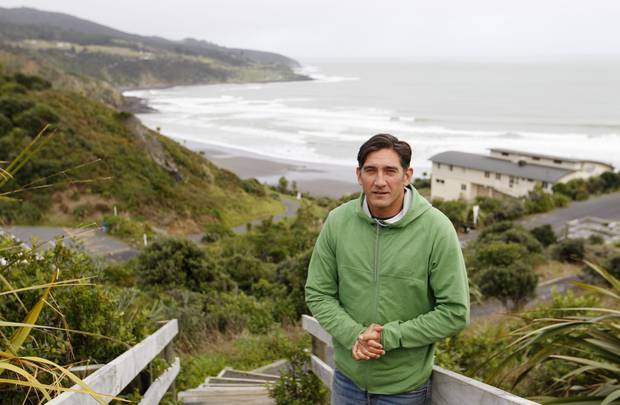 "What we want to do is reduce the uncertainty during the next tsunami so that disaster managers know what to do under a particular set of circumstances," says Dr Jose Borrero. Photo / File

Headline projections in an EQC-commissioned report estimated worst-case scenario impacts from a one-in-500 year event could include 33,000 fatalities, 27,000 injuries and $45 billion of property loss.

One recent simulation suggested tsunami waves - up to 12m high in places - could inundate the coastline within an hour if a "megathrust" earthquake struck here.

One of the most deadly scenarios for Wellington was a two-punch 8.9 earthquake and tsunami in the Hikurangi Subduction Zone, assuming a rupture extending across Cook Strait.

One GNS Science report found this catastrophic event could cause 40 deaths due to earthquake shaking - but a further 3200 in a tsunami that followed.

Although scientists were uncertain whether a rupture could extend from the subduction zone to the Cook Strait, such an eventuality could send tsunami waves 5m to 10m high barrelling toward the capital.

This map shows the expected maximum tsunami heights in metres at the 2500 year return period, and 50th percentile of confidence, for 20km sections of the New Zealand coastline. Source / GNS Science

In Napier, a tsunami up to 8m high could plough through the low-lying city within minutes of an earthquake, reaching as far as 5km inland – and more waves could come over following hours.

Gisborne was also vulnerable to a quick-fire tsunami, with the city's beach front, and north of Muriwai at the end of Poverty Bay, most at risk.

A third type of tsunami event - a "regional" tsunami perhaps triggered by an undersea volcanic eruption in the Kermadec Arc above New Zealand - would still offer us one to three hours' warning.

His firm was working with agencies on a project that involved detailed simulations of tsunami impacts on ports, harbours and infrastructure. This map shows the expected maximum tsunami heights in metres at the 2500 year return period, and 50th percentile of confidence, for 20km sections of the New Zealand coastline. Source / GNS Science

Tsunami currents could cause significant damage to a port without causing any actual flooding.

One eCoast-led project in Northland aimed to produce products designed to be used for on-the-ground emergency managers during an actual tsunami event.

"What we want to do is reduce the uncertainty during the next tsunami so that disaster managers know what to do under a particular set of circumstances," Borrero said.

For everyone else, Campbell said the golden rule was that if people felt earthquake shaking that lasted for a minute or longer, or that made it hard to stand up, they should evacuate immediately inland or to higher ground.

While awareness of natural disasters has increased over recent times, just 17 per cent of participants in one recent survey said they'd do the correct thing.

Another survey found more than eight in 10 Kiwis now had the necessary emergency items needed to get through, yet one in five still thought there would be adequate warning before disaster struck.

And to most Kiwis – perhaps thanks to Christchurch and Kaikoura – "disaster" effectively meant earthquakes; only 10 per cent of us considered the tsunami risk.