New Zealand's glaciers shrank further over another abnormally hot summer – with one member of a survey team describing the state of some as "skeletal".

Last week, scientists from Niwa, Victoria University and the Department of Conservation took thousands of photographs of the South Island's glaciers as part of an aerial survey that's been running since 1977.

Over that time, global temperatures have warmed by around 1.1C - while the Southern Alps have lost an estimated third of their ice volume.

"We were expecting the snowlines to be high because of the warm weather we've had and sadly, our instincts were confirmed," he said.

"A couple of glaciers, such as Brewster, has snowlines at least as high as in 2016, which was in our top five high snowline years.

"The surface of the Volta Glacier also showed a lot of snow and ice accumulation layers from prior years, meaning it's probably a bad year when we can see all those 'book pages' from the past being exposed." 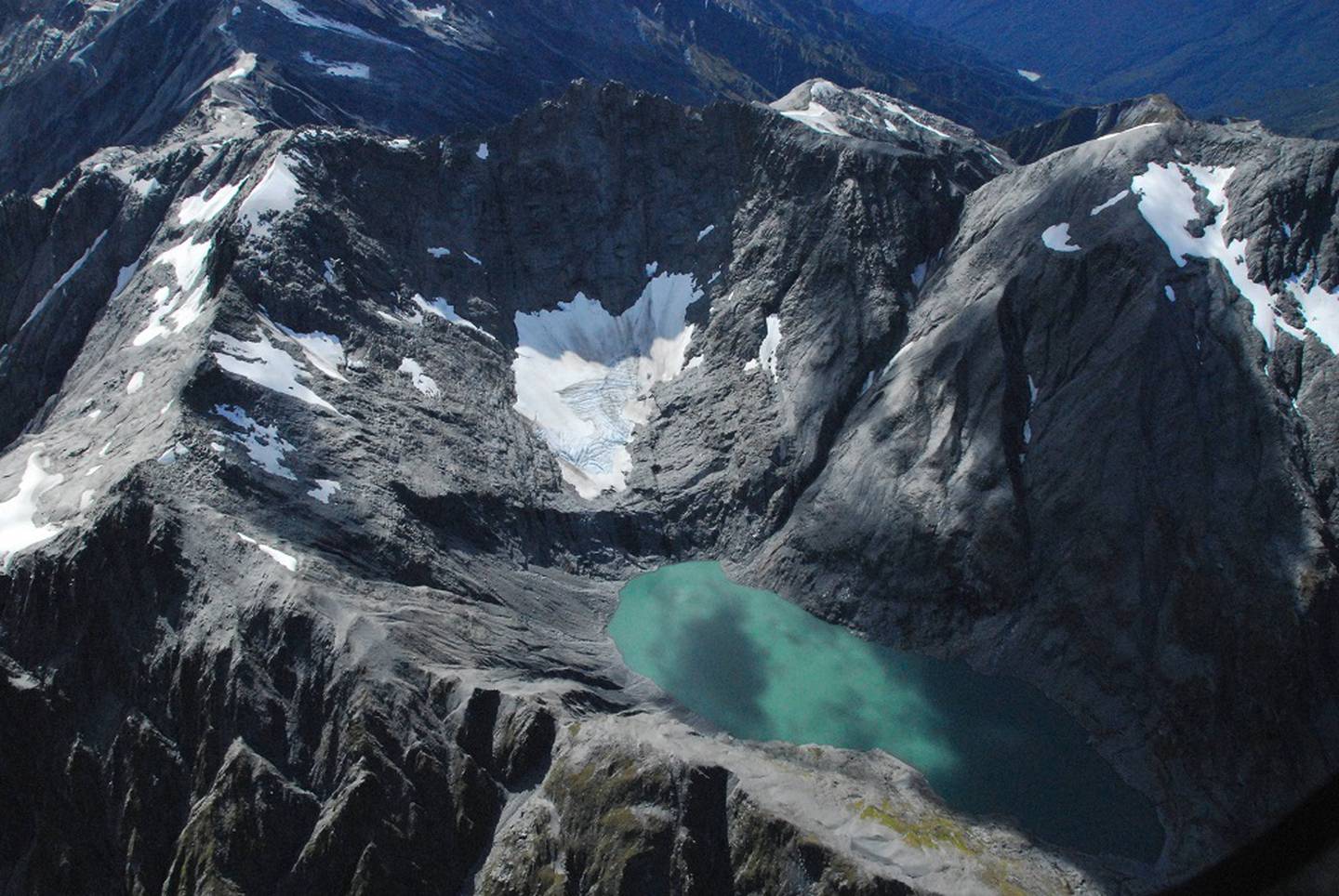 Victoria University's Dr Lauren Vargo said the retreat that we're seeing was due to the majority of New Zealand's glaciers losing mass most years over the past decade.

"From what we saw on the snowline survey, most glaciers had reasonably high snowlines, showing that they lost mass this year.

"But what was more striking to me is how much smaller and more skeletal so many of the glaciers are becoming."

"Based on what I saw during the 2022 survey, it looks like our glaciers have struggled compared to last year.

Starting to check out images of New Zealand glaciers taken last week for the 2022 end of summer snowline survey with @DLorrey & @niwa_nz. There's been a lot of change since the survey began in 1977

"The snowline elevations this year were high, meaning much of the winter snows had melted, leaving a lot of glacial ice exposed.

"It appears to be yet another poor year for our ice, continuing the trend from recent years, and it is disheartening to see the ongoing decline in extent of the glaciers we monitor."

Lorrey said the retreat of our glaciers was clear – a pattern no doubt thanks to climate change.

"In a decade, we predict that many of our beloved and important glaciers will be gone.

"This will have far reaching impacts, such as altering our beautiful landscape, affecting the livelihoods of people who rely on these natural wonders for tourism, and flow on effects from decreased meltwater during periods of drought.

"It also emphasises the urgency of slowing climate change because the impacts are going to become increasingly costly and hard to avoid."

The scientific results from this year's survey will be known later this year.