As fires in California's Sierra Nevada mountain range grow fiercer, firefighters have taken to desperate measures to protect a grove that's home to the world's biggest — and oldest — trees.

Officials have wrapped a fire-resistant blanket around an 83m giant sequoia tree in the state's world-famous Sequoia National Park. The largest living tree on Earth, it's known as the "General Sherman" tree.

It weighs around 2 million kilograms and is thought to be about 2500 years old.

Sequoia National Park spokeswoman Rebecca Paterson said that along with the General Sherman, the blankets have also been wrapped around some of the other sequoias, the Giant Forest Museum and other buildings, as a pair of bushfires has neared.

The aluminium wrapping can withstand intensive heat for short periods, and has been used for several years throughout America's west to protect sensitive structures from flames.

While firefighters are "aggressively attacking" the Paradise and Colony blazes, there are fears the latter fire will reach the Giant Forest in the coming days.

"Crews are preparing the Giant Forest before the fire reaches that area, by removing fuel and applying structure wrap on some of the iconic monarch sequoias that characterise the most famous area of Sequoia National Park. The fire continues to grow in all directions," the National Park Service said in an update on its website.

The trees have already been hit hard by fires in the state in previous years, with "two-thirds of all giant sequoia grove acreage across the Sierra Nevada burned in wildfires between 2015 and 2020".

The enormous trees of the Giant Forest are a huge tourist draw, with visitors travelling from all over the world to marvel at their imposing height and extraordinary girth.

"The unprecedented number of giant sequoias lost to fire last year serves as a call to action," the Sequoia and Kings Canyon National Parks superintendent, Clay Jordan, said in July.

"We know that climate change is increasing the length and severity of our fire seasons due to hotter temperatures and drought. To combat these emerging threats to our forests, we must come together across agencies.

More than 350 firefighters have been mobilised to battle the flames, along with water-dropping planes and helicopters.

"It's a very significant area for many, many people, so a lot of special effort is going into protecting this grove," Paterson told the LA Times. 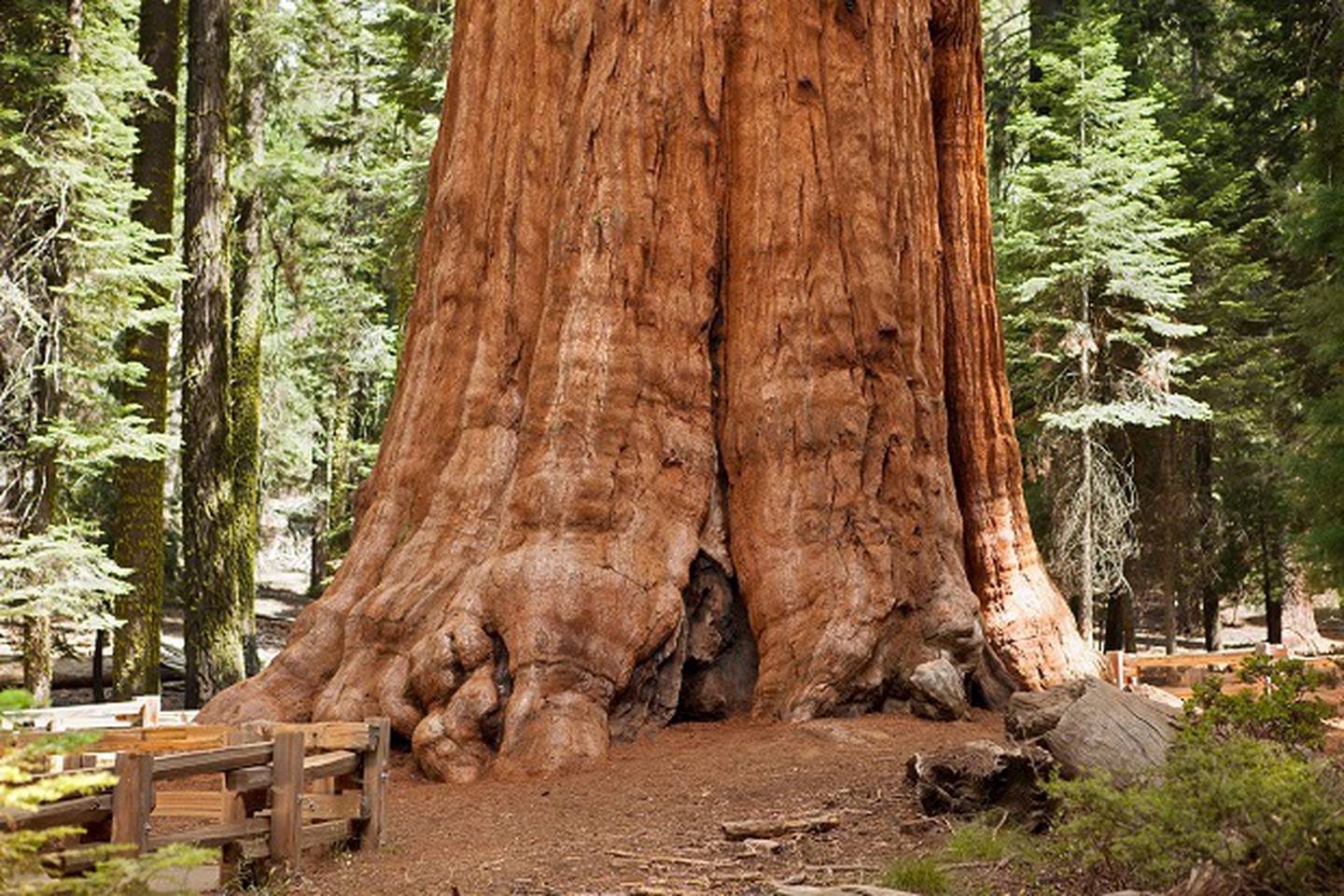 She said a "robust fire history" of blazes set on purpose to remove other types of trees and vegetation "is reason for optimism".

"Hopefully, the Giant Forest will emerge from this unscathed," she added.

Smaller fires generally do not harm the sequoias, which are protected by a thick bark, and actually help them to reproduce; the heat they generate opens cones to release seeds.

The two blazes – known as the KNP Complex fire – were sparked during a massive lightning storm on September 9, and on Thursday afternoon had grown to 3789ha.

They are among the latest in a long summer of wildfires that have destroyed hundreds of homes and razed nearly 10,000 square kilometres in California.

The KNP Complex is currently zero per cent contained, having burned for a week in steep, rugged terrain.