More insight has been gleaned about a black tern seen in the Waikanae estuary last month.

And there is a renewed call for the community to be aware of the important estuary habitat and protect it.

Bird NZ Wellington representative Johannes Fischer said the sighting of the black tern, first at the Waikanae estuary and now at Plimmerton rocks, was very exciting.

"It is the first confirmed record in New Zealand. To further illustrate how rare this sighting is, the last sighting in Australia was in 1968.

"What is even more impressive is that we can tell that this bird belongs to the European subspecies, rather than the American subspecies, based on the coloration of the underwing, flanks, and crown.

"The closest breeding grounds of this subspecies are western China and Kazakhstan and it normally winters as close as Egypt.

"This is one seriously lost bird.

"However, despite its wanderings around the globe, the black tern seems healthy and in good nick and is cause for great excitement and happiness among birdwatchers throughout New Zealand."

The black tern was among a roosting flock of about 500 white-fronted terns.

There were also half a dozen Caspian terns, and one birder reported a black-fronted tern on migration from the South Island.

The bird paradise, especially with the black tern's appearance, has also highlighted the need for the community to protect the Waikanae estuary site. 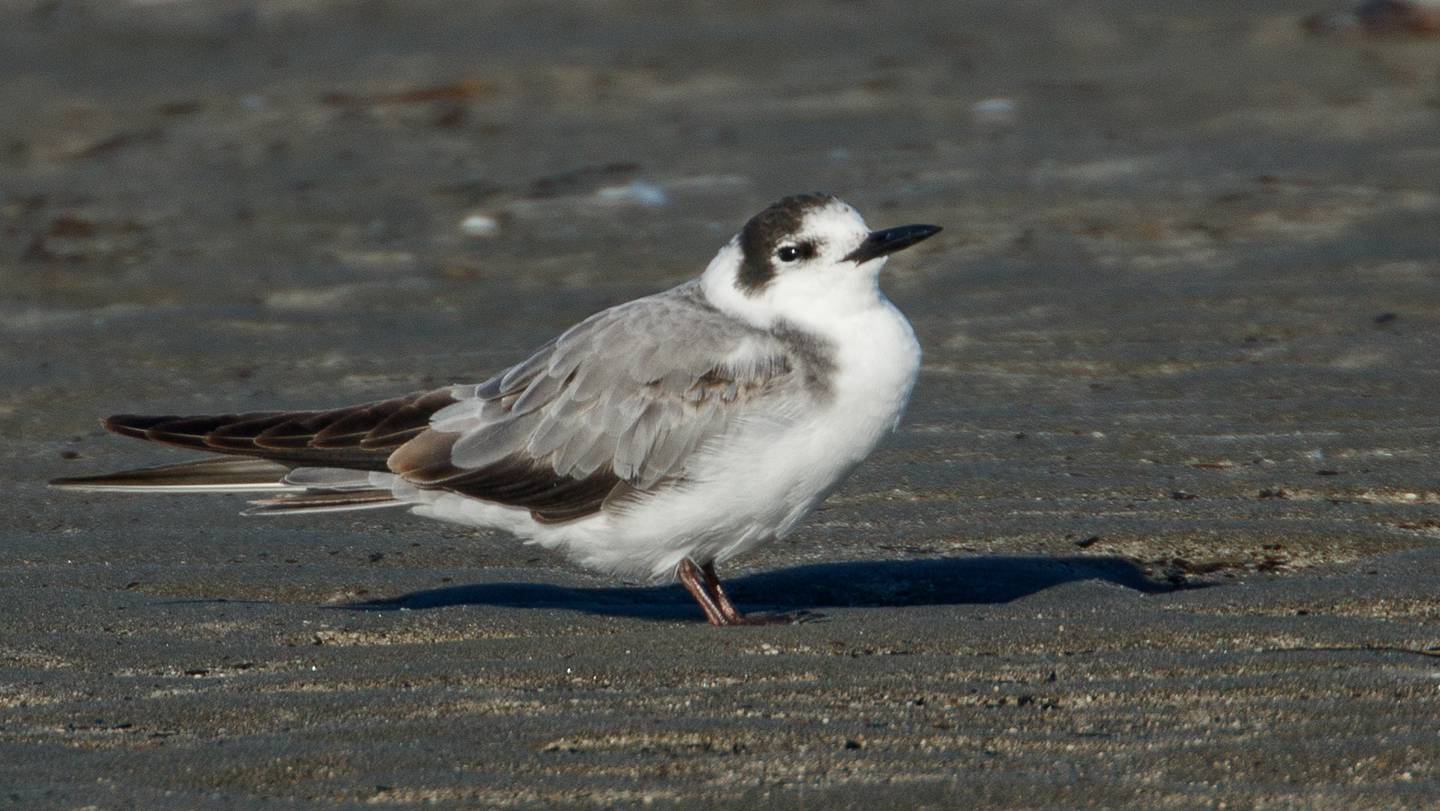 Te Papa vertebrates curator Colin Miskelly said, "Despite the pressures of encroaching urbanism, including far too many dogs along the beach, Waikanae is the most important estuary for birds in the Wellington region south of the Manawatu Estuary."

"Each year, with DoC's support, we fence off nesting areas, but fight an ongoing battle to keep dogs, horses, motorbikes, quadbikes, trucks, fires and more at bay.

"We really need the Waikanae community to open its eyes to biodiversity on our doorsteps that they are putting at risk."

DoC community ranger Steve Bielby added, "Wildlife in the estuary was affected by floods late last year. But pressures from the community continue day to day.

"We really need Waikanae community awareness and help to halt declining values, including by walking their dogs and driving their vehicles elsewhere."