NZ First leader Winston Peters has been ordered by the High Court to pay nearly $320,000 in costs after his failed court action over details of his superannuation payments being leaked.

In a judgment by Justice Geoffrey Venning last Friday, and obtained by the Herald today, costs of nearly $320,000 were awarded against the Deputy Prime Minister.

After a two-week hearing last November, a High Court judgment in April ruled Peters' privacy was deliberately breached in the lead-up to the 2017 general election to publicly embarrass him and cause him harm.

Peters has said, however, he will appeal Justice Venning's April decision. 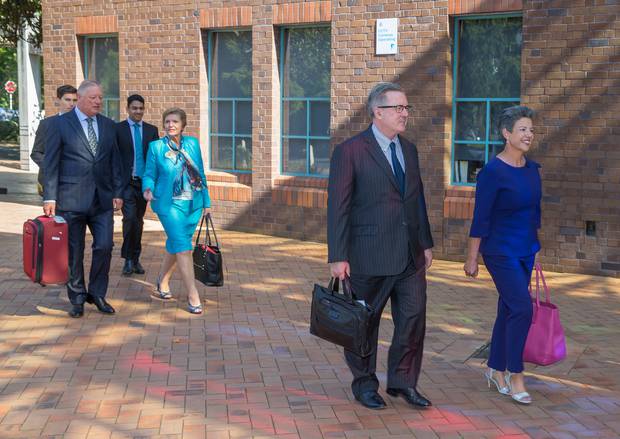 Bennett told the Herald today: "There was never any substance or proof by Mr Peters when making allegations about myself and Mrs Tolley.

The Crown costs for fighting the case, in defence of Bennett, Tolley, Boyle and Hughes, were estimated to total some $1m.

"The fact that all defendants are funded by the Crown is of itself not a relevant consideration in relation to the issue of costs in this particular case," Justice Venning said.

"... it was not in issue that Mr Peters' personal information should not have been released to the media. The defendants accepted that. They denied that they had been responsible for that breach."

Justice Venning added there was no basis for the allegations the public servants were "motivated by the desire to spread salacious gossip, nor for any other allegations of bad faith".

"While the Court did find there was an error within the Ministry in relation to the MSD form in question, as the Court noted, Mr Peters also had to bear some responsibility for the error in the way the form was completed."

The judgment also revealed that on September 19 last year the Crown defendants made an offer inviting Peters to discontinue his claim against Hughes and Boyle.

"The failure to accept the offer in the Crown letter on that aspect of the claim supports a partial award of increased costs," Justice Venning said.

"Mr Peters pursued allegations of bad faith against public officials in the public forum of the Court proceedings. Such allegations should not have been made without a proper basis. He also failed to accept a reasonable offer for resolution of part of the proceedings. There should be a cost consequence."

However, Justice Venning continued and said, although the allegations were improper, they did not occupy a significant part of the Court's time at the hearing or in the judgment.

"I do not consider [Peters'] case overall can be categorised as having been brought or pursued vexatiously, or improperly, or that Mr Peters generally acted unreasonably in pursuing the proceeding. Rather, Mr Peters raised certain allegations, namely bad faith, that lacked merit. They were not actively supported by evidence. They were readily dismissed."

Peters had sought $1.8 million in damages from Bennett, Tolley, Boyle and Hughes.

The court found, however, that in the event he was successful in his claim, damages would have been far lower and "in the region of $75,000 to $100,000 might have been appropriate".

Peters, meanwhile, has said he is appealing Justice Venning's April decision to the Court of Appeal.

He has said the judgment is wrong, while the judge didn't draw the right inferences from the facts it found.

Peters was persisting with the case not just for himself but for all people who've had their privacy breached, he said.

But the details of the overpayment made their way to journalists in August 2017, a month before the general election. Peters took legal action before he started negotiating with the National Party about a potential coalition after the 2017 election.