New Zealand First leader Winston Peters has claimed that National MPs have been leaking information to him since new leader Judith Collins took over.

He told media today that some people within the National Party "still have an affection for Winston Peters".

"You would be surprised at how many leaks I get from around the traps of politics," he told reporters at his party's conference this morning.

"What they are saying is there are certain people who can't be trusted."

He would not, however, elaborate on this.

Earlier in the day, he told the Nation that National MPs have been "telling me the truth".

"And I'm pleased about it – they leak about the dirtiness and the filthiness of the campaign that is coming my way."

But, on the same programme, Collins had a clear message to any of her MPs leaking information: Get out, now. 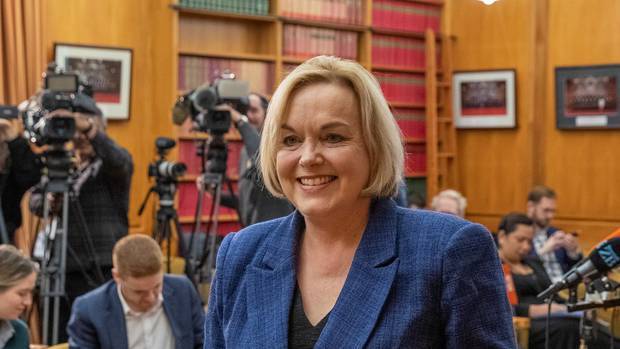 This comes after details of National's closed-door caucus vote, including the fact Mark Mitchell challenged Collins for the leadership, was almost immediately leaked.

And in the proceeding days, a number of National MPs anonymously spoke to Newshub about Collins' leadership.

"It was a bit rich getting a lecture in loyalty and unity when those two [Collins and Brownlee] leaked so much in the past," one was quoted as saying.

Another said, "A lot of dead rats had to be swallowed ..."

Asked if her message was for leaking MPs to get out of the caucus rather than continue doing so, Collins said: "I think that's pretty much the message.

"And I don't think anyone would disagree with that."

She said leaking caucus members "are not going to help their own chances".

Speaking to media this morning, after unveiling her new party billboards today, Collins said National would not form a government with NZ First after the election.

"I don't know that his party is going to be there after the election."

She said she wasn't worried about him or his party vote.

Peters, however, does not appear to be worried.

He did not want to talk about Collins today and when asked what he thought of her, he said: "What's that got to do with the price of fish?"

But yesterday, he told the Herald: I've never seen such a cacophony of egos ... in my whole political career."