Wellington government workers have been advised to work from home or conceal their identity, due to concerns they could be targeted by protesters.

The Freedom and Rights Coalition is staging a protest in the capital from tomorrow morning, demonstrating against Covid restrictions and vaccine mandates.

The Herald has seen an email sent to WorkSafe employees, suggesting they work from home to stay safe from potential abuse towards government staff.

"With WorkSafe's growing association with Covid-19 enforcement, during the protest we need to keep a low profile and take extra precautions to keep you safe," reads the email.

"In light of this, where possible, work from home on Thursday."

The email suggested that employees who could not work from home stay in the office building throughout the day, and postpone activity in the city and protest areas.

If employees left the building, the email suggested they remove their lanyard and any branded clothing that would identify them as WorkSafe employees. They were advised not to use WorkSafe branded vehicles.

A WorkSafe spokesperson confirmed they had emailed staff to make them aware of the planned protest, and offered practical precautions they could take to keep themselves safe.

The Herald has seen similar correspondence within other government departments.

The Public Service Union said they were unaware of such recommendations being sent to government workers. 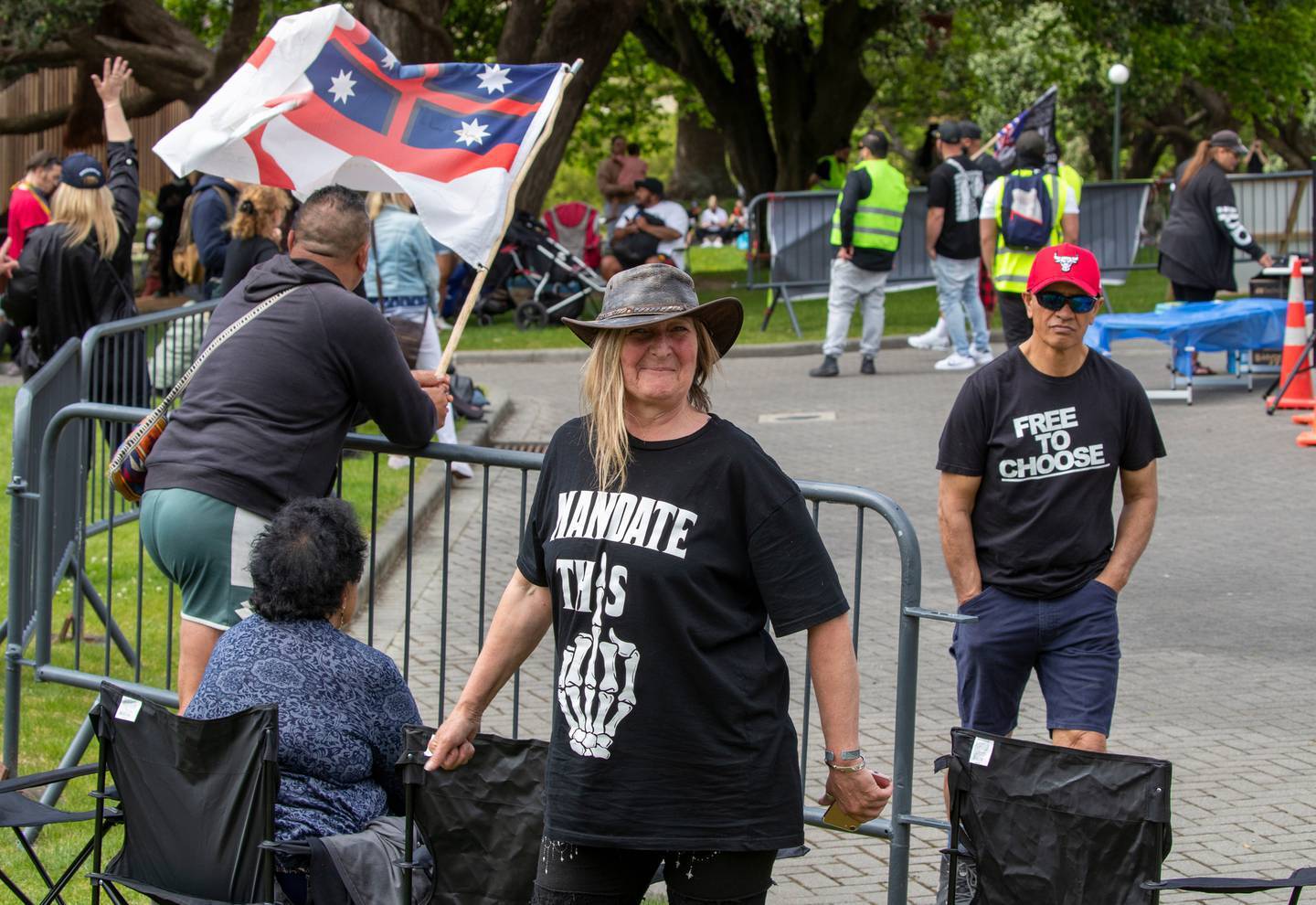 The Freedom protest is planned for Thursday in the capital. Photo / Mark Mitchell

Last month thousands of protesters from the Freedoms and Rights Coalition brought Wellington's CBD to a standstill when they marched to Parliament, broadly protesting Covid restrictions and vaccine mandates.

Anti-lockdown, pro-freedom protests have also been taking place in Auckland over the past weeks, with Destiny Church leader Brian Tamaki charged for failing to comply with Order (Covid-19) after addressing demonstrators last month.

Tomorrow's protest has been advertised on Facebook as a protest against the traffic light system, vaccine mandates and the government's plans to vaccinate under-12s next year.

The protesters plan to gather at 10.30am at Civic Square before marching to Parliament. November's demonstration along the same route saw buses detoured away from the Wellington CBD to avoid the protest.

A police spokesperson said they were aware of the planned protest activity in Wellington tomorrow.

They advised they would maintain a presence, monitor the activity and respond to events as appropriate.

"As with previous large gatherings, Police may follow up on any identified offences or breaches at a later time."

A council spokesperson said they would be supporting Police by monitoring the event on CCTV and sharing content on social media to advise people of any possible traffic disruption.