The Government has announced a suite of changes to bolster New Zealand's defences against the Omicron variant of Covid-19 - including pushing out changes to border rules until the end of February.

The changes just announced by Covid Response Minister Chris Hipkins include: • The interval between the second dose and the booster shot reduced from 6 months to 4 months
• Over 82 per cent of vaccinated New Zealanders eligible for a booster by end of Feb 2022
• Eligible border and health workers required to get booster dose
• Pre-departure test requirement to enter NZ reduced from 72 hours to 48 hours before travel
• hased border re-opening pushed out to the end of February
• Temporary change to MIQ – length of stay increased to 10 days for all travellers, with no self-isolation component
• Everyone on an international flight with a positive case to be treated as a close contact
• All countries removed from Very High-Risk country list
• Roll out of paediatric doses of Pfizer for 5-11s. Rollout to start from 17 January prior to school returning in 2022.
• Cabinet confirms use of traffic light system to manage outbreak and in the event of Omicron outbreaks areas will move into the red traffic light setting

"All of the evidence so far points to Omicron being the most transmissible Covid-19 variant yet and public health advice says that soon, every case that comes into MIQ will be Omicron," Hipkins said.

"But experts still don't know how severe it is. So, while it's sweeping the globe at a bewildering speed and appears to be the dominant variant, how sick it makes people and the impact it has on health systems is not yet fully understood.

"With over 70 countries around the world reporting Omicron cases and its high transmissibility, our plan is to get as prepared as we can by speeding up boosters and strengthening our border to keep Omicron out of the community for as long as possible.

"We start our response to Omicron with a number of advantages on our side. We have over 90 per cent and rising of the population fully vaccinated, we still have our border protections and MIQ in place, school has finished for the year and we are heading into summer when we are outdoors more.

"But we need to do more. Parts of the world are going back into lockdown and experiencing major disruption, and with these extra steps we aim to keep Omicron at bay to ensure New Zealanders get the break they deserve and businesses can remain open."

The announcement comes as only 28 new community cases of Covid-19 were reported today - with no new cases of Omicron at the border.

New Zealand has 22 cases of the Omicron variant which have been picked up in MIQ in recent days - all remain in isolation.

Of today's community cases, 21 are in Auckland, five are in the Bay of Plenty and two are in Taranaki. 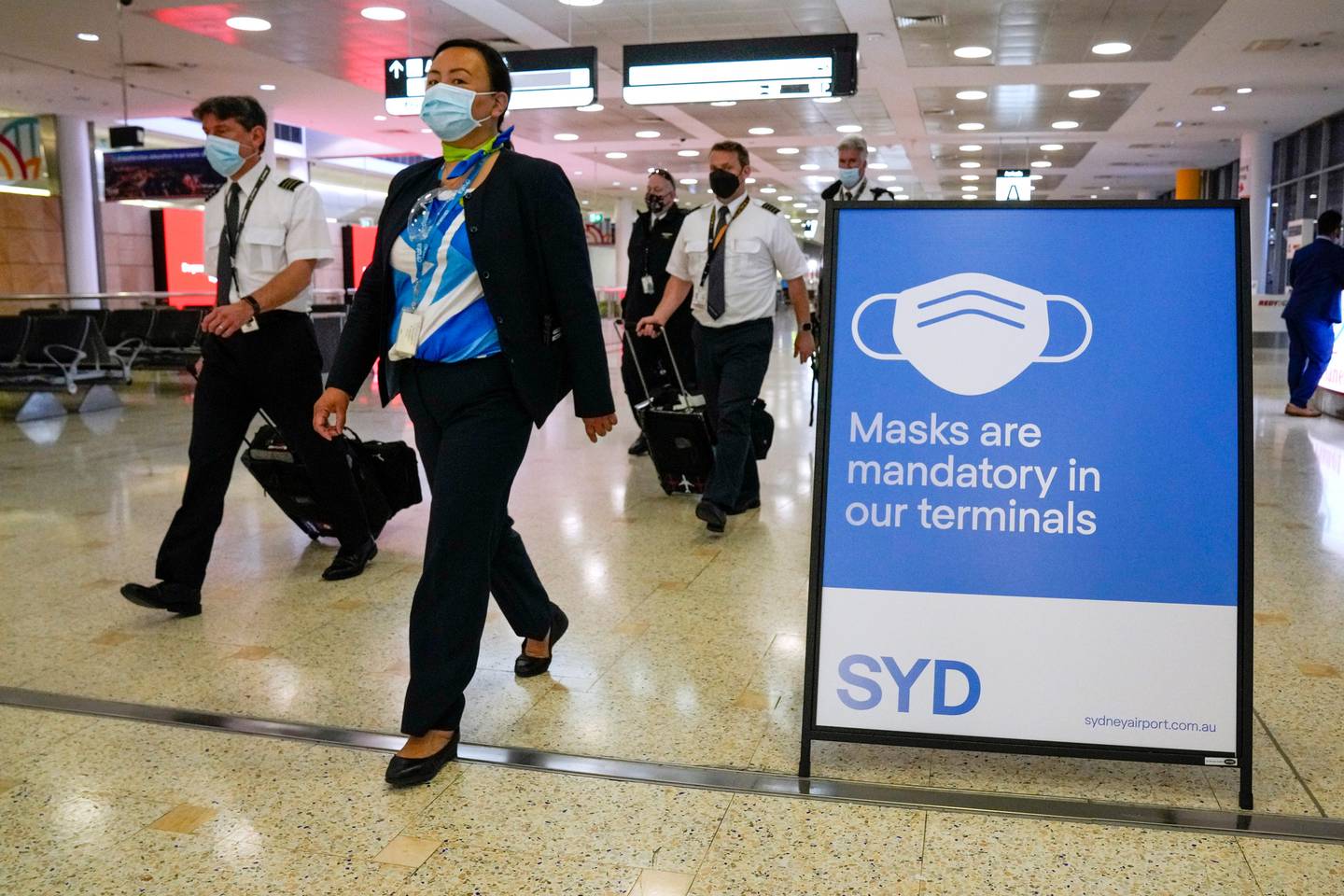 Omicron was first detected in Botswana and South Africa. Those countries and seven others in Africa are still considered very high-risk.

The new variant is so widespread that director-general of health Dr Ashley Bloomfield on Thursday told reporters: "Omicron is everywhere".

"Omicron is a lot more mild and we're seeing lower hospitalisations per case, but we're seeing a lot of cases. It's not as bad as early waves, but we're creeping up there," he said.

"We just have to be adaptive and realise each outbreak is different. We can't look at the past, we have to work it out on the fly. Just as we thought we were going to have a great Christmas - we will Travel with Australia

It's understood discussion about managing travel with New South Wales has been underway.

NSW today confirmed 3057 new coronavirus infections - the highest daily number of cases for the state and for Australia throughout the pandemic.

Sydney-based clinical immunologist Dr Dan Suan said NSW was "sleepwalking into an Omicron disaster" if no changes were made to curb infections.

"We risk turning Christmas Day into a simultaneous super spreader event all across Sydney in thousands of houses," he said in a Facebook video.

For Kiwis trying to get home, the uncertainty about MIQ is very difficult to deal with, Grounded Kiwis spokeswoman Alexandra Birt told Newstalk ZB.

She said for people in places like Australia, many had been waiting for months.

"Some of them are in very dire situations and have been holding out for this date, the 17th of January, when they can finally get home. So, for those people it is extremely distressing just kind of waiting to see what's going to happen." 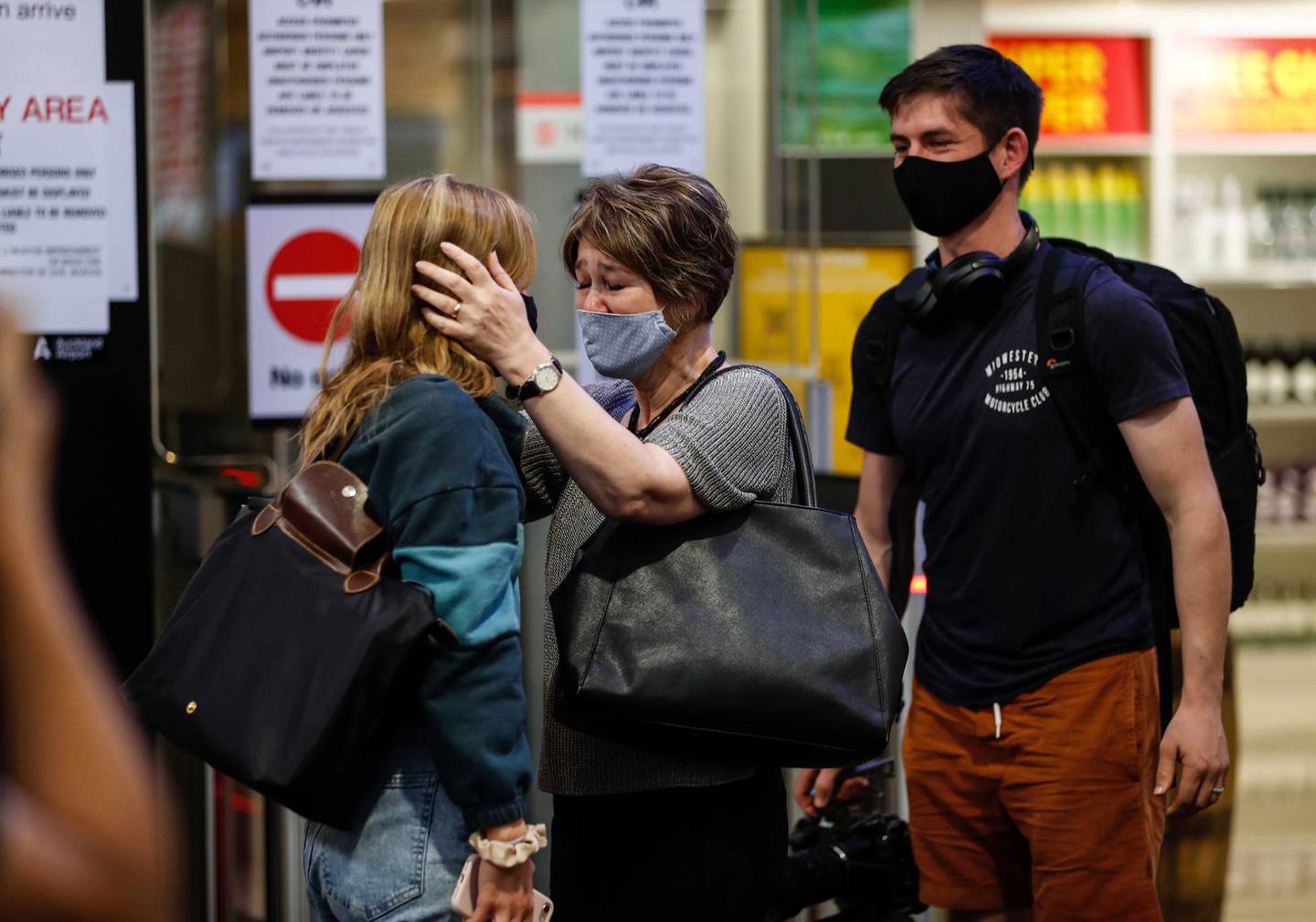 Nations across Europe have moved to reimpose tougher measures to slow the spread of the variant, including a new nationwide lockdown introduced by the Dutch government. Schools, universities and all non-essential stores, bars and restaurants in the Netherlands will be closed until January 14 starting on Sunday, caretaker Prime Minister Mark Rutte said on Saturday night. Residents only will be permitted two visitors except for Christmas and New Year's, when four will be allowed, he said.

UK Health Secretary Sajid Javid has also refused to rule out imposing tougher restrictions across the country before Christmas as case numbers surge.