Penalising tech companies for hosting extremist hatred and teaching critical thinking at schools have been cited at ways of tackling domestic terrorism risks.

The US shooter referenced the 2019 Christchurch mosque shootings, and his manifesto and livestream have already been banned in New Zealand.

"I know everyone in the community wanted for nothing like Christchurch to happen again," said Anjum Rahman, Inclusive Aotearoa Tāhono co-lead.

She said the US supermarket shootings weren't the first time mass shooters overseas had quoted the Christchurch terrorist.

The community should take some responsibility for investigating ways to mitigate the incubation of potentially lethal online hate, she said.

Bystanders gather under an umbrella as rain rolls in after a shooting at a supermarket in Buffalo, New York. Photo / AP

"What can we put in place, how can we make it so people don't get radicalised online, don't go down the stage of wanting to kill people?"

She added: "For the extreme end, you need content moderation. You need some regulation of tech companies. We need accountability as well."

The US shooter livestreamed his actions on Twitch, which removed the footage.

Rahman said teaching critical thinking at schools could be another way of preventing people falling into echo chambers or being seduced by extremist ideologies.

She said it was important any type of hate speech law did not end up stifling debate.

"Now we have these free speech absolutists who claim all speech is protected. They assume that everyone is equally rational."

He said some online social media platforms and bulletin boards were acting as enablers of violent extremism.

"Very often, the speech is directed to prey on the prejudice that already exists in people, and their mental illness." 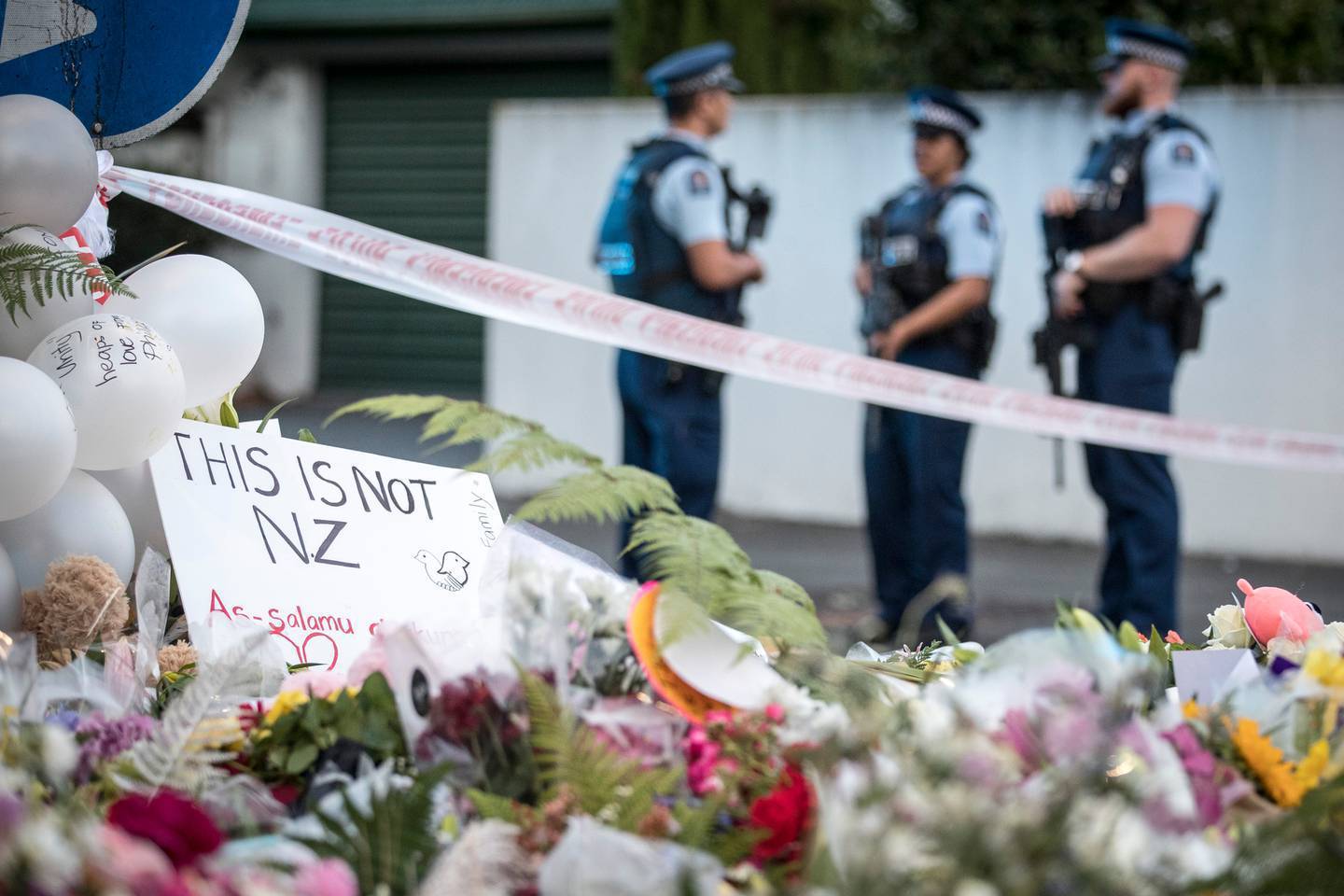 Flowers and messages of support on Deans Ave in Christchurch after the 2019 mosque shootings. Photo / Michael Craig

"We can't err on the side of people being rational and reasonable. Unhinged minds will gravitate to these sort of platforms...and if unconstrained by law, many of them will act upon it."

He said some local free speech absolutists and fringe media personalities were "dogwhistling to the extremists".

Dogwhistling referred to seemingly harmless but often coded words or terms communicated through phrases only a select group of people understood.

"We've got to get serious and put a hurt to tech platforms as well as the individuals involved.

"If you're profiting that much then you have enough money to self-regulate and police your own content. Because your billion-dollar business can afford to do 24/7 monitoring."

Cabinet minister Megan Woods on the weekend said the US shooter's apparent idolisation of the Christchurch terrorist retraumatised some in the local Muslim community.

Also on the weekend, Broadcasting Minister Kris Faafoi said the hate speech issue was "fraught" and he was unwilling to disclose a detail or timeline about proposed laws.

Act leader David Seymour said, "The hate speech laws would create a divided and hateful society where cancel culture would spiral out of control."