Legislation heralded as an essential tool in combating "unprecedented" gang activity in the mid-1990s has been largely unused and ineffective, new research reveals.

It found politicians and police officials campaigned for reform without sufficient evidence to appeal to voters, stoking the public's fear of gangs to pass law enforcement measures - some previously deemed unnecessary by lawmakers.

And it comes with a warning from the author who believes New Zealand is likely to repeat its mistake as the 2023 election nears and gang activity grabs headlines. 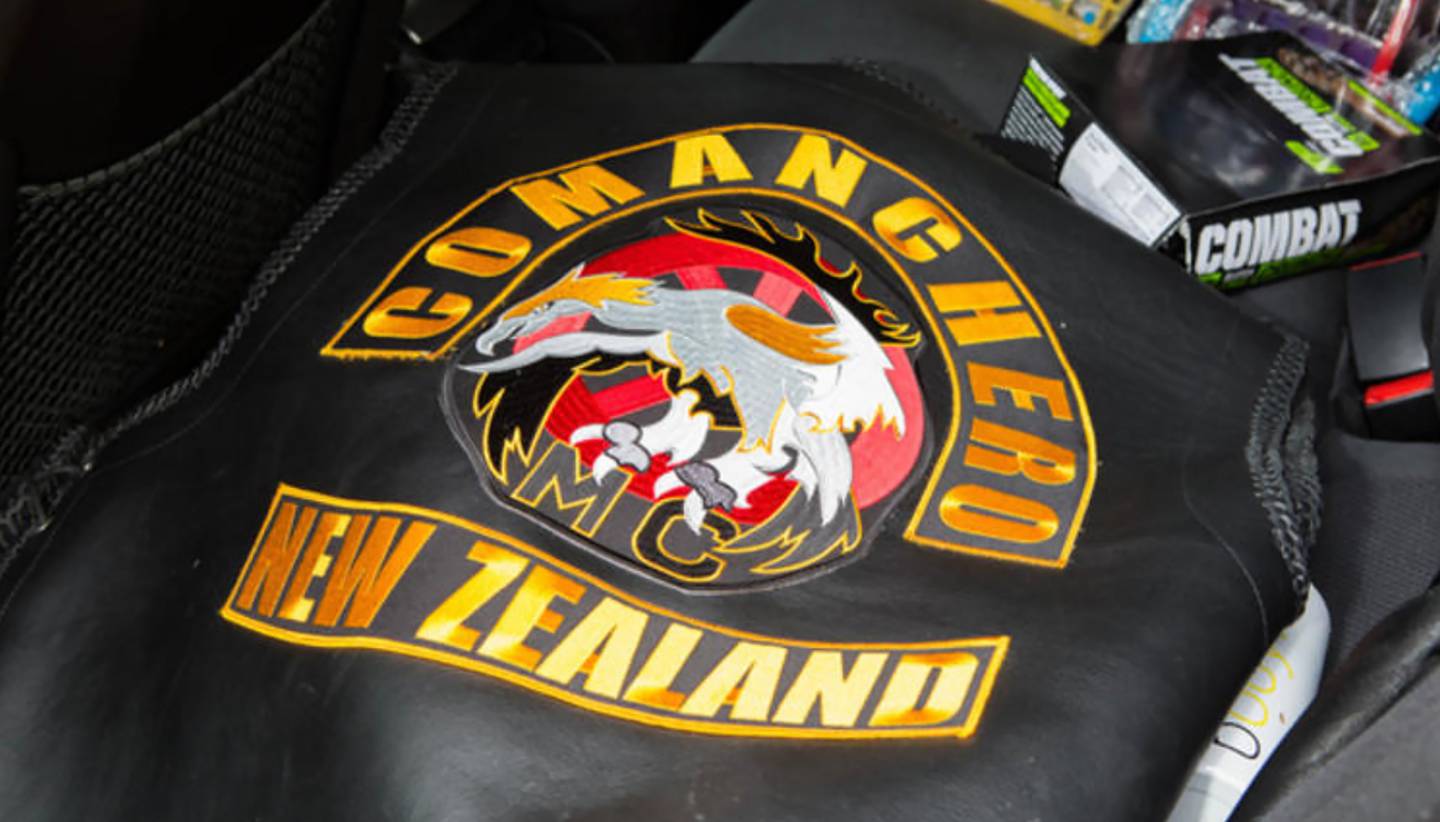 The growth of the Comancheros in New Zealand has had a significant impact on organised crime. Photo / Supplied

The research, led by University of Canterbury sociologist Jarrod Gilbert and funded by the New Zealand Law Foundation, assessed how often the laws - passed in 1996/97 - intended to target gangs were used and against whom.

The analysis was prefaced by a detailed explanation of the gang activity that generated calls for tougher laws, namely violent conflicts in public between the Road Knights and the Epitaph Riders in Christchurch, and the Knights and Black Power in Invercargill.

The police commissioner at the time, Peter Doone, warned without action, it would take just five years for gangs to be completely beyond control.

Media publications at the time considered gang activity was "unprecedented", the report said.

It added to calls for urgent reform from the Labour Party in opposition, including the now deceased MP Mike Moore who said gangs were a "time bomb lodged against the heart of the nation" as the 1996 election neared. 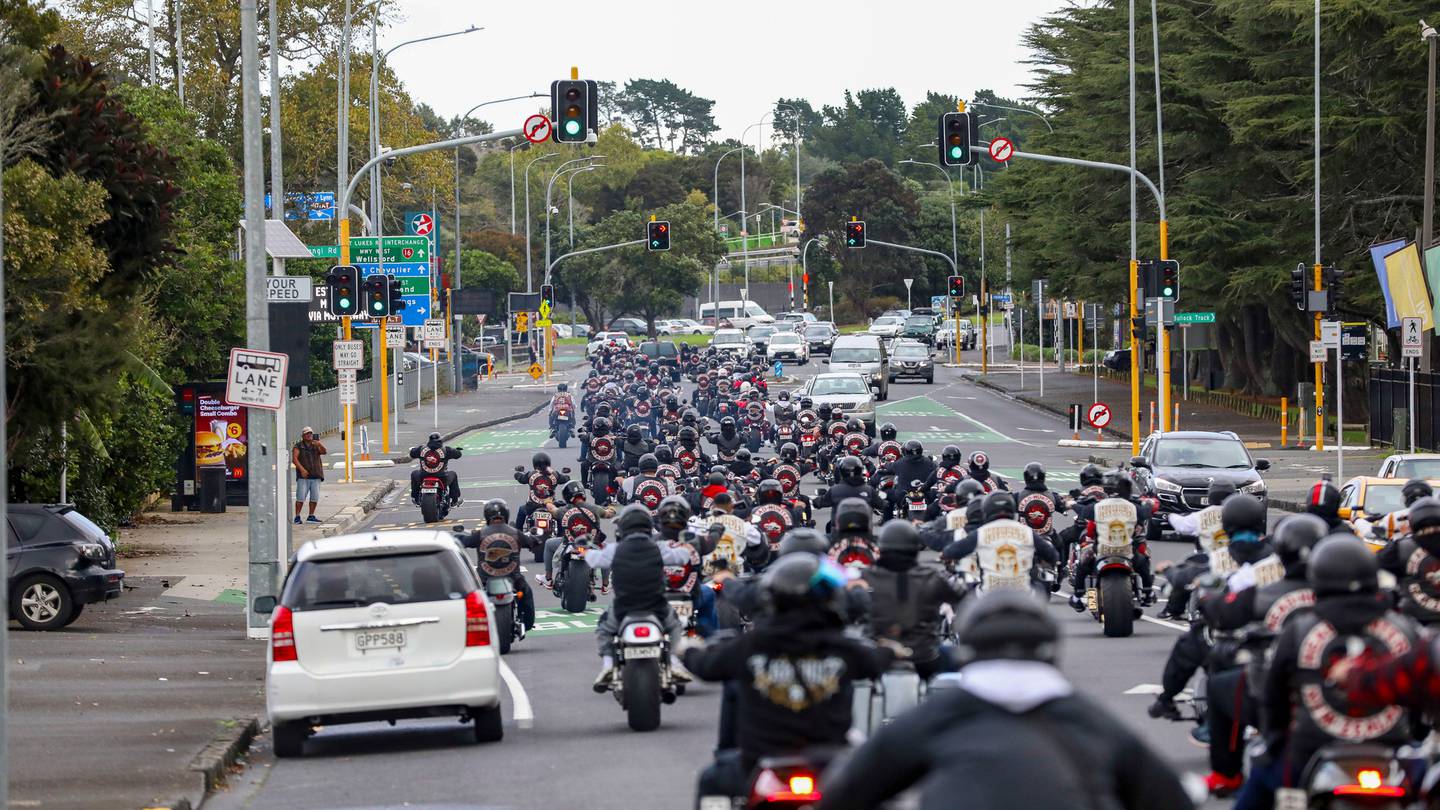 Aimed at limiting associations between problematic gang members, only two people had been charged with the offence in 22 years - one of whom wasn't a gang member.

"Clearly, these measures were a failure," Gilbert said in his report.

Changes to the Local Government Act (1974) allowed for the removal of gang fortifications but it was found to be "unworkable" until it was updated in 2002 - near the end of Doone's five-year prediction.

A new criminal harassment offence resulted in an average of 71 people being charged annually, but only 9.5 per cent were linked to gangs on average.

The only change that achieved any success appeared to be the charge of participation in an organised criminal group, as 60 per cent of people charged since 1999 were linked to gangs. 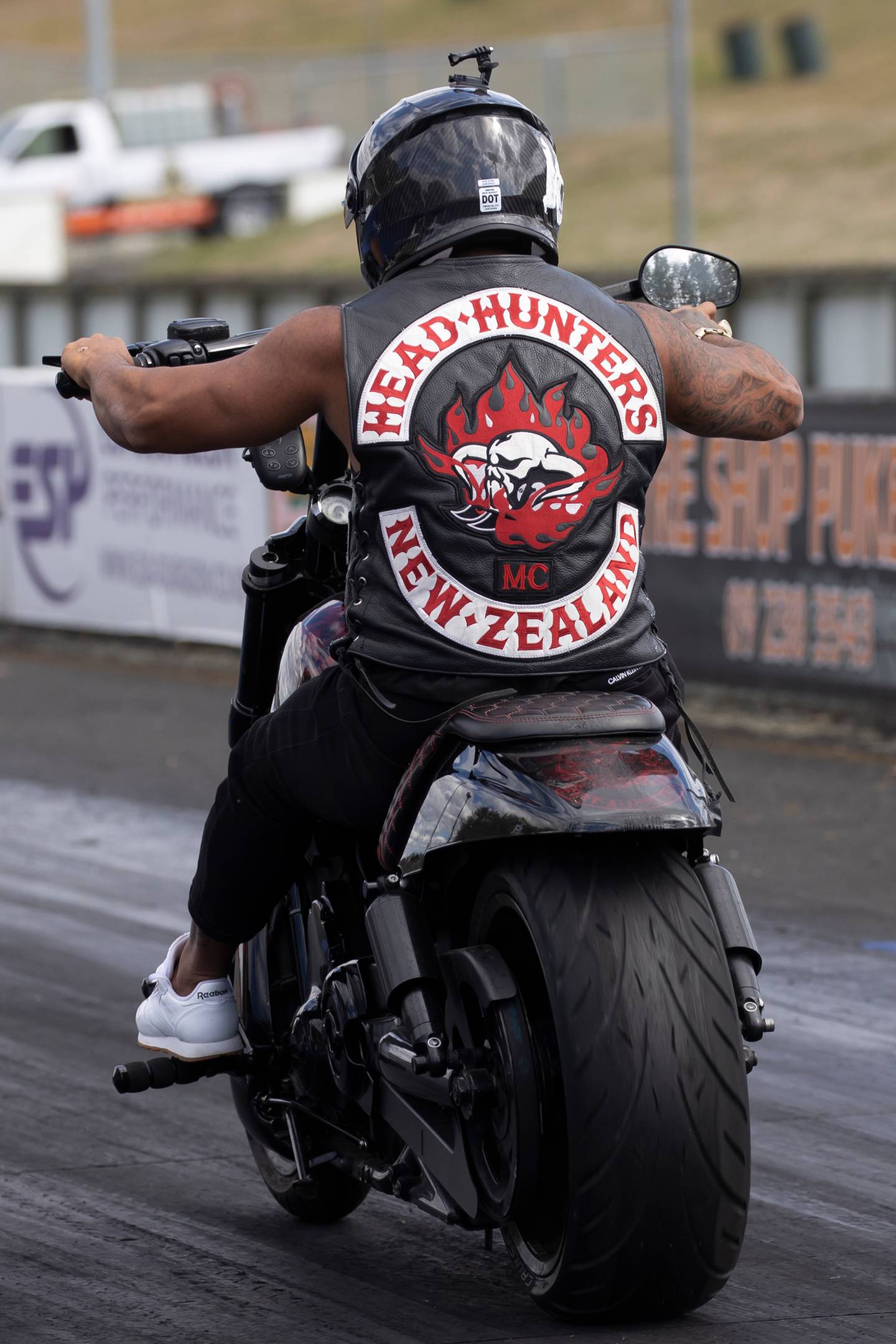 Some of the laws designed to target gang members have actually been applied more often to non gang members. Photo / Brett Phibbs

However, Gilbert considered even that proportion low, given the broad criteria for someone to be gang-linked - something that had blown out New Zealand's estimated gang population to 22,251, well in excess of the more accurate 8175 figure.

Analysing the effectiveness of other new offences, including possession and supply of cannabis, intimidation and interception warrants, was compromised by insufficient data.

Gilbert said the findings endorsed his concern the legislation was based on no independent data or research - something admitted to within the Harassment and Criminal Associations Bill (1997).

"It was abundantly clear that [lawmakers] weren't being driven by an informed approach," Gilbert told the Herald .

"If you don't understand the issues, the chances of finding sound solutions is remote, and that's exactly what came to pass." 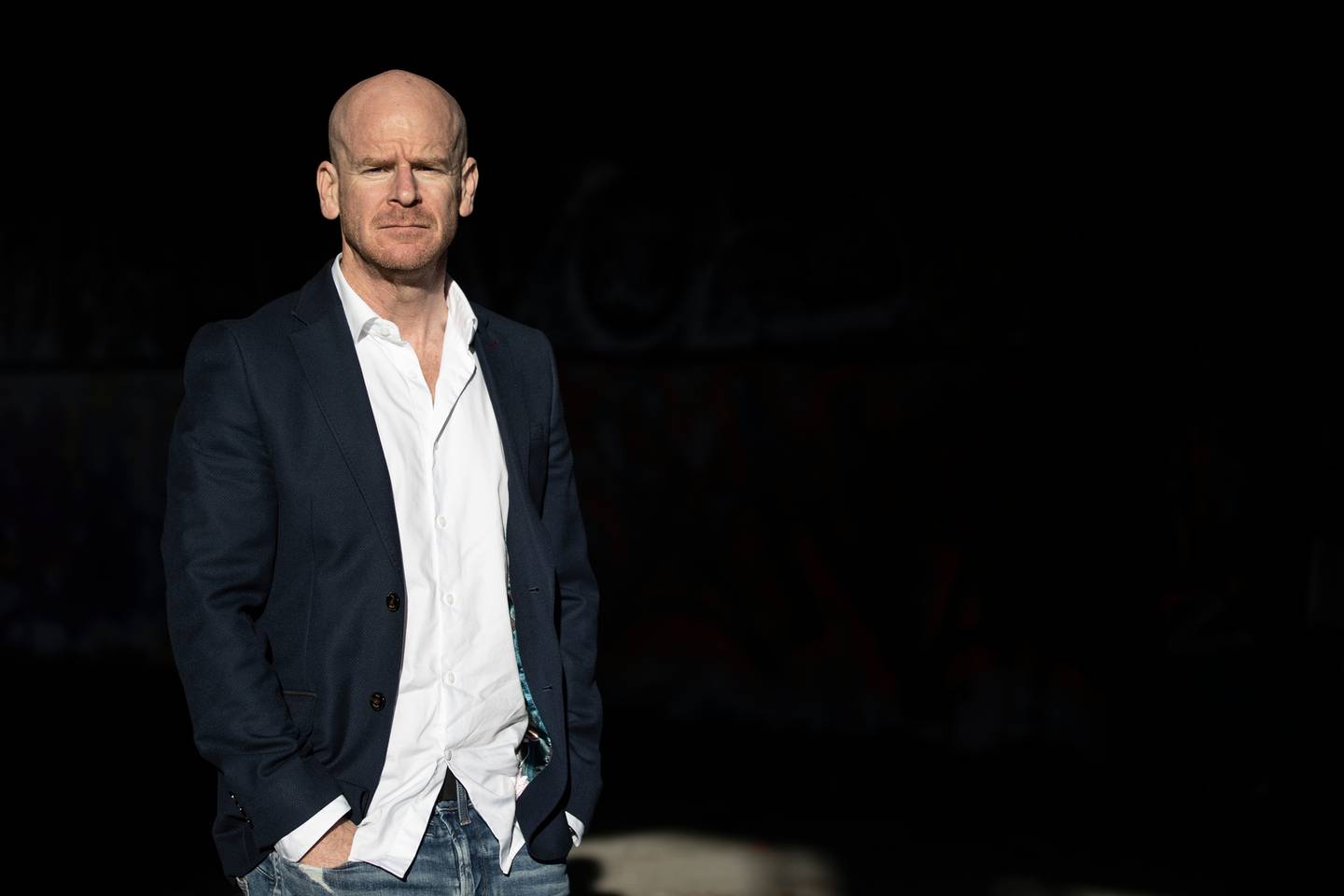 Similar law enforcement measures had been requested twice prior to 1996 and were deemed unnecessary by Parliament, but later gained favour when presented as gang laws.

Gilbert said politicians of that day should be embarrassed by their desire to use gang legislation as a political football.

"There are only two explanations for it; either it was pure ignorance they had no idea what they were talking about, or it was cynical and they were only doing it for votes."

Gilbert's primary concern was the potential for history to repeat itself, given recent gang activity. 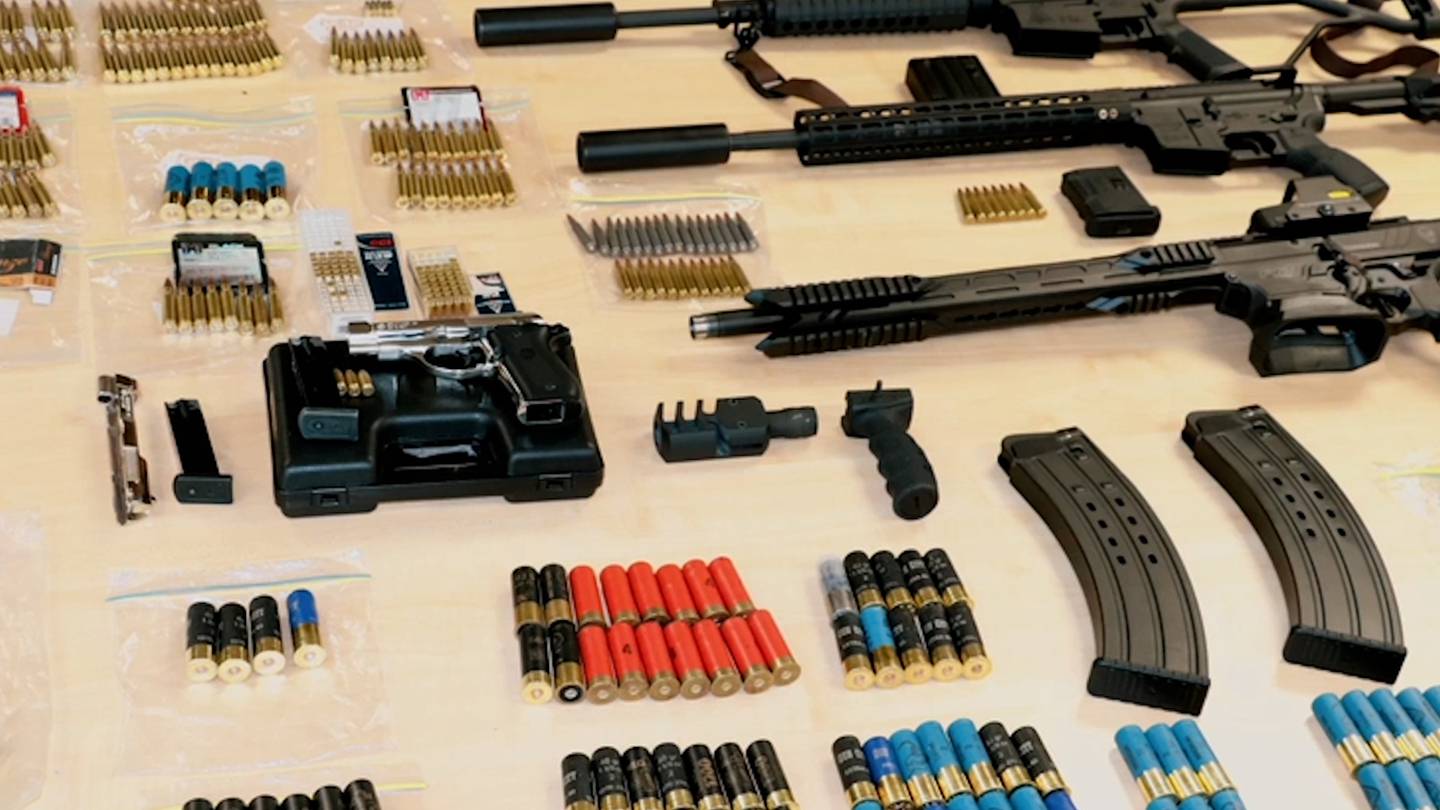 Firearms have become more prevalent in recent years along with the influx of Australian gang members to New Zealand. Photo / Supplied

He cited the current territory battles taking place in Auckland, an influx of gang members coming from Australia and the increasing sophistication and globalisation of organised crime.

He feared New Zealand would adopt Australia's recent legislative approach to gangs, which had drawn criticism from some experts for being rushed and didn't match the threat posed.

Gilbert hoped any proposed law changes would face more scrutiny but suspected Kiwis would hear similar calls for urgency from politicians as next year's election approached.

"The reason why politicians do this is that it works.

"If the public is prepared to accept that and reward them, you can expect more of the behaviour."

Minister for Police Poto Williams said the Government has recognised how the arrival of 501s has fundamentally changed the way gangs operate and said they have put "more police officers on the beat than ever before".

Overall she said over 1,400 extra police on the front line since Labour came into office
"This record investment has also enabled the highly successful Operation Tauwhiro to be extended. The Operation has given evidence to police for them to develop the Gang Harm Reduction Plan."

On top of that, Williams said they are supporting police in its major operations against gangs and organised crime. 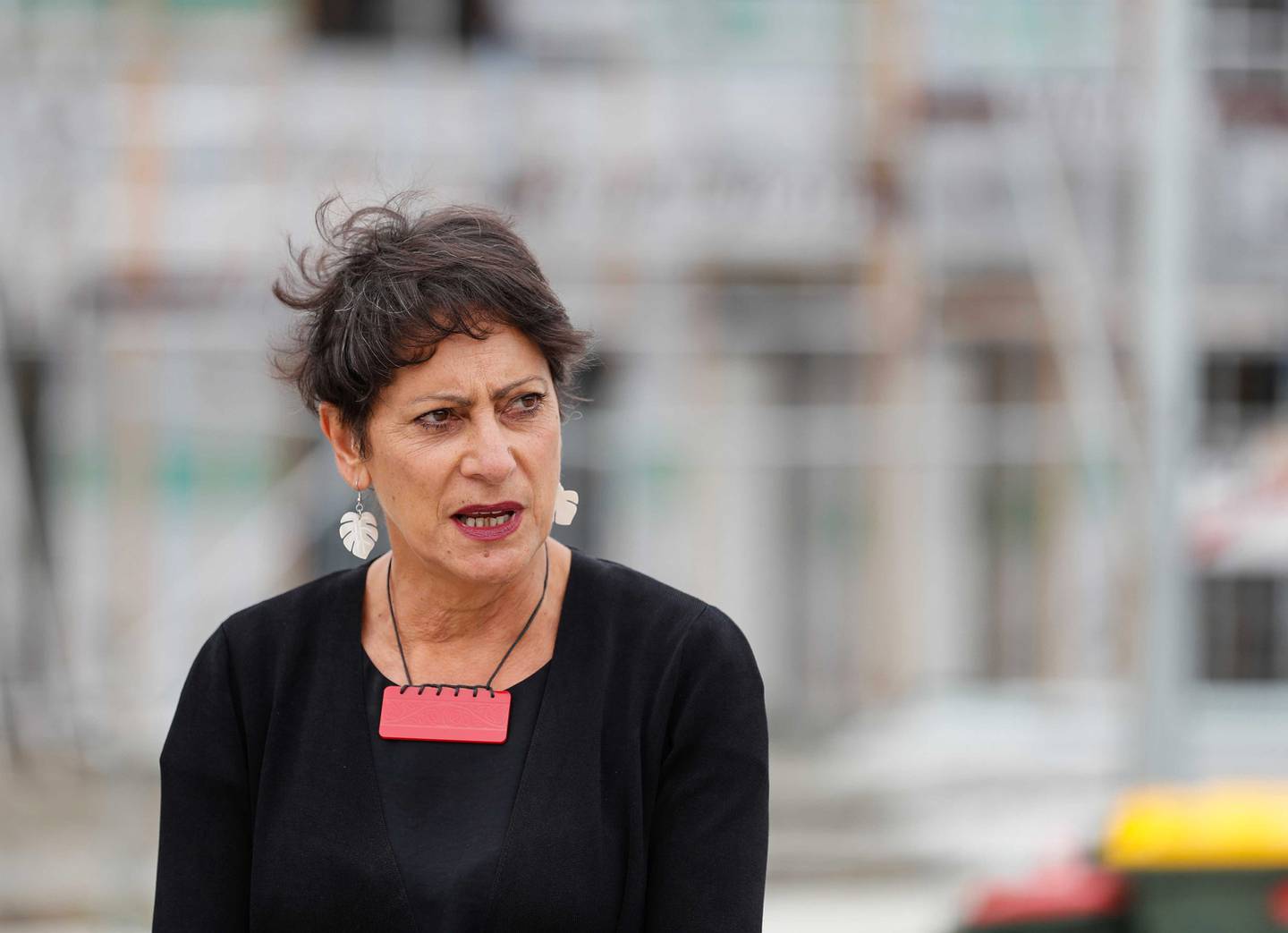 Poto Williams said they are supporting police in its major operations against gangs and organised crime. Photo / Dean Purcell

"The issue of young people becoming involved in gangs is not an issue that police can solve alone. It requires a multi-faceted approach because of the many factors at the heart of the gang issue – like poverty, health and educational issues, pressure from others, and drugs."

With over 1,000 arrests in the past year and more than $500 million in assets seized in the past four years, Williams said Labour is supporting Police in its major operations against gangs and organised crime.

She said a comprehensive Firearms Prohibition Orders before the Justice Select Committee, will also provide police with "even more tools to crack down on gangs".

Williams said the Ministry of Social Development and Police are co-sponsoring work on behalf of the social sector on gangs.

"The work on youth is specifically drawing on things that work well, such as the Youth Gang Action Plan, and what we know about why young people join gangs in the first place.

Meanwhile, National's spokesman for police Mark Mitchell said the Government has been too slow to recognise and respond to the changing gang culture.

"Gangs have become better organised, well-funded and more violent as they become more plugged into a global network of organised crime. The Government's soft on crime response was reinforced with a business as usual Operation Tauwhiro."

Speaking on 501s, Mitchell said they have a "significant influence" on the gang culture.
"They have introduced new levels of violence, sophistication and organisation within the organised crime scene," he said. 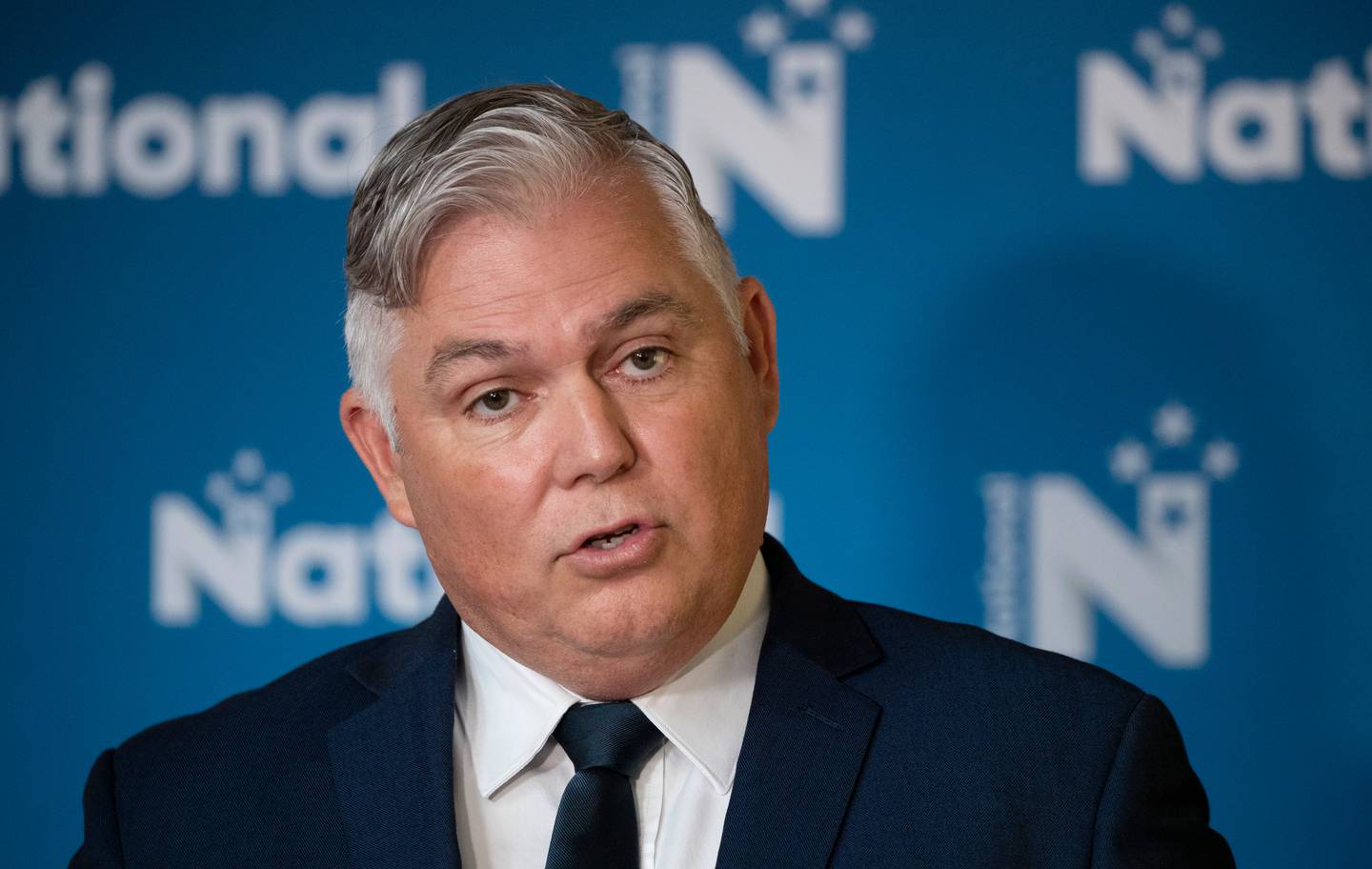 Mitchell said National would have delivered a Police Task Force Resolute four years ago in response to the 501s and growing gang numbers and violence.

"This would have been a dedicated task force with the personnel and resources needed to take over and respond to all gang related violence and intimidation.

"We would have introduced a Fire Arms Prohibition Order Bill three years ago with the search powers required by the police to start taking guns out of the hands of gang members and violent criminals."

Mitchell who is also a former police officer said young New Zealanders are being recruited by gangs to commit crimes as they know if caught youth offenders receive much lighter sentences than adult offenders.

"Youth are being heavily influenced by the gang culture and many aspire and see themselves as gangsters. Gangs are sophisticated in the way they attract and recruit new members."