The Human Rights Commission is under fire for making a donation to the Waikato chapter of the Mongrel Mob, after a controversial speaking event.

Newstalk ZB can reveal the commission gifted $200 as koha – a customary Māori gift or donation – to the Mob in May.

Although the donation was relatively small, the Opposition says it's completely unacceptable that any amount of taxpayer money was gifted to a gang.

"This is a criminal organisation which peddles misery and the Human Rights Commission is using taxpayer money to legitimise them," Act leader David Seymour said.

National Party leader Judith Collins is now calling for commissioner Paul Hunt's resignation, saying this morning: "Hunt must go whether by his own resignation or not."

"That Mr Hunt and HRC staff thought it was appropriate to donate to one of New Zealand's largest gangs – who were recently involved in an international gang drug bust resulting in arrests – calls into question their judgement and raises questions as to the priorities of the commission."

Collins said it wasn't about race, rather about "organised crime and to tie that to Māori and tikanga is actually insulting to the overwhelming majority of Māori who are not in gangs and are just as appalled as New Zealanders of any other race".

National's police spokesman Simeon Brown was also outraged and told ZB no Government organisation should be donating to the Mongrel Mob, full stop.

The donation was revealed through the Official Information Act, which showed the commission spent $4200 on donations/ koha in the 2020/21 financial year.

Left-wing activist group ActionStation Aotearoa also received money, as did a number of schools and Marae.

The koha was given after Commissioner Paul Hunt delivered a speech at a hui hosted by the Mob's Waikato chapter in May.

At the time, Hunt came under fire for attending that event, with Brown saying it was astonishing.

Greens co-leader and Minister for the Prevention of Family and Sexual Violence Marama Davidson was also at the hui. 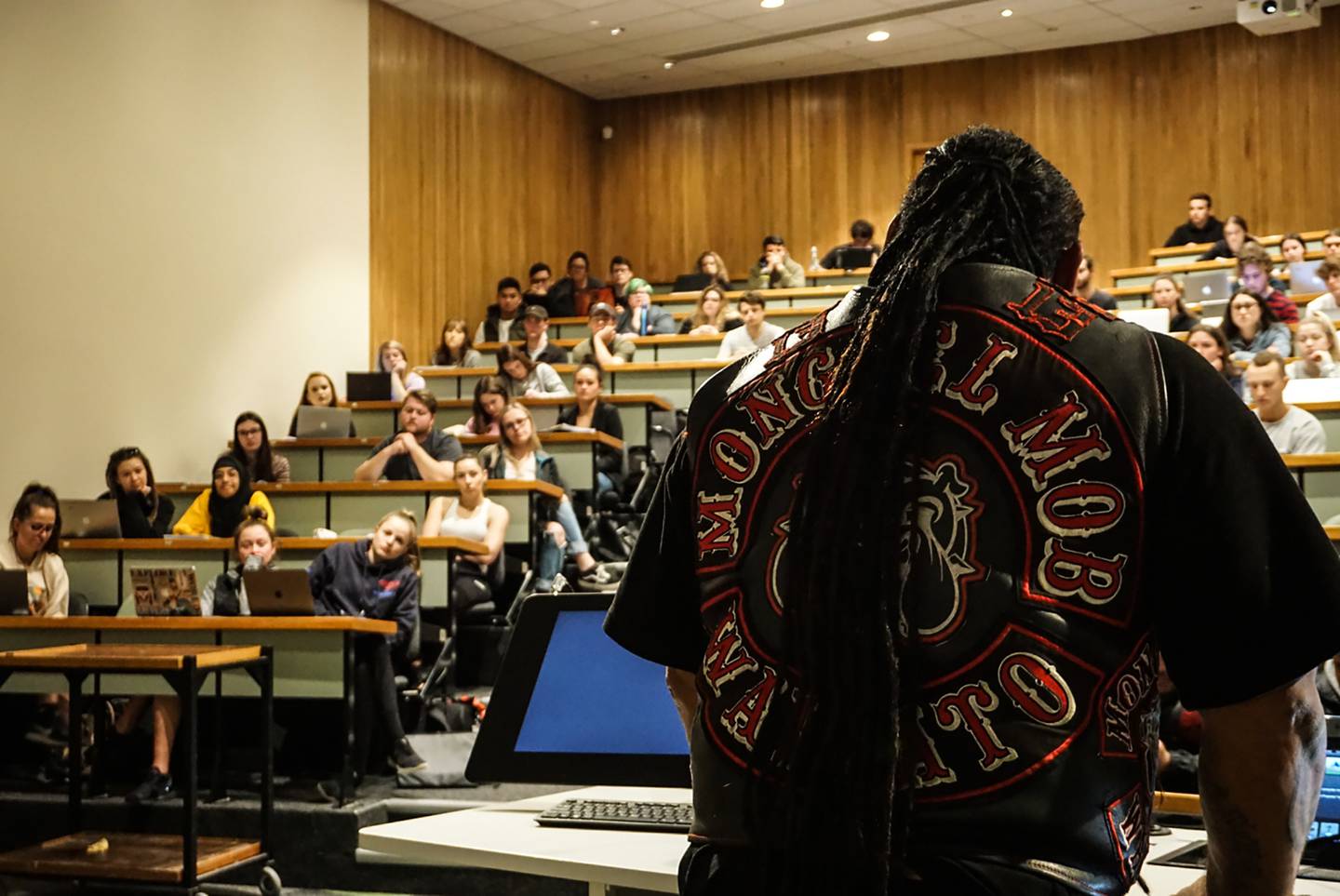 But it's understood Davidson did not provide any koha to the Mongrel Mob.

A Commission spokesperson said Hunt was not available for an interview.

But in a statement, they confirmed $200 was provided as koha to the "Mongrel Mob Kingdom … as part of the event the Chief Human Rights Commissioner spoke at on May 1st in accordance with cultural advice provided to the Commissioner".

Hunt has said he spoke about social inclusion at the event and he did not want to exclude gang members from that conversation.

"I think it would have been a dereliction of duty if I declined the invitation to speak about rights, responsibilities and relationships with the Mongrel Mob," he told RNZ.

Despite this, Seymour has called for Hunt to resign.

"Paul Hunt is one of the worst things to happen to Human Rights in the history of that movement – of course he should be gone."

And Brown was not holding back either.

He said the donation would be bad enough even without the revelation the Mongrel Mob was caught up in an international drug bust.

The charges include drug dealing and money laundering, although more details will come out in court.

"What this [the donation] does is emboldens the Mongrel Mob, it emboldens the gangs; it gives them more credibility in the community which they should not have," Brown said.