Chlöe Swarbrick has picked a fight with some of the most well-funded lobbyists in the country.

The Green MP's members' bill proposing to abolish appeals on alcohol policies and prohibit sponsorship and advertising is certain to ruffle feathers in the lucrative business of booze.

The politician tells the Front Page podcast she isn't intimidated by the prospect of going toe to toe with any opponents of the law change.

"Come at me," responds Swarbrick to the prospect of the challenge.

"The evidence is clear that alcohol causes harm like any given drug. And if we are to seriously, as a mature nation, deal with that harm, then we have to do it with evidence."

World Health Organisation data released in May this year showed that three million global deaths every year result from harmful use of alcohol (representing 5.3 per cent of all deaths) and the substance has also been listed as a carcinogen.

"If we are to consider alcohol as a drug in the same way that we do cannabis or tobacco or any other substance," says Swarbrick, "then we have to tackle it like grownups and say: 'How do we go about reducing that harm?'"

"I'm the last person to ever advocate for prohibition because prohibition doesn't work again."

Among the changes, Swarbrick's bill proposes to abolish appeals on the local alcohol policies of councils – a move that has already won swift support.

Six councils, representing half of New Zealand's population, had expressed support for the bill even before it was drawn from the biscuit tin.

The local councils of Auckland, Hamilton and Christchurch all want to see changes to the way alcohol is regulated in New Zealand.

Councils have become particularly frustrated with the status quo, which has often left their hands tied.

"Councils were supposedly empowered by the 2012 Sale and Supply of Alcohol Act, but in our largest cities and in a number of smaller regions they have been unable to implement local alcohol policies because of the ability of bottle shops and supermarkets to tie them up in litigation in courts," says Swarbrick.

"To give you a really clear example of that, both Auckland and Christchurch have spent in excess of a million dollars each, with Auckland spending seven years in court to try and put in place the things that our communities want in terms of limitations on how many bottle shops, for example, can open in certain neighbourhoods."

The second part of the bill will see the prohibition of advertising and sponsorship at live broadcast sporting events. 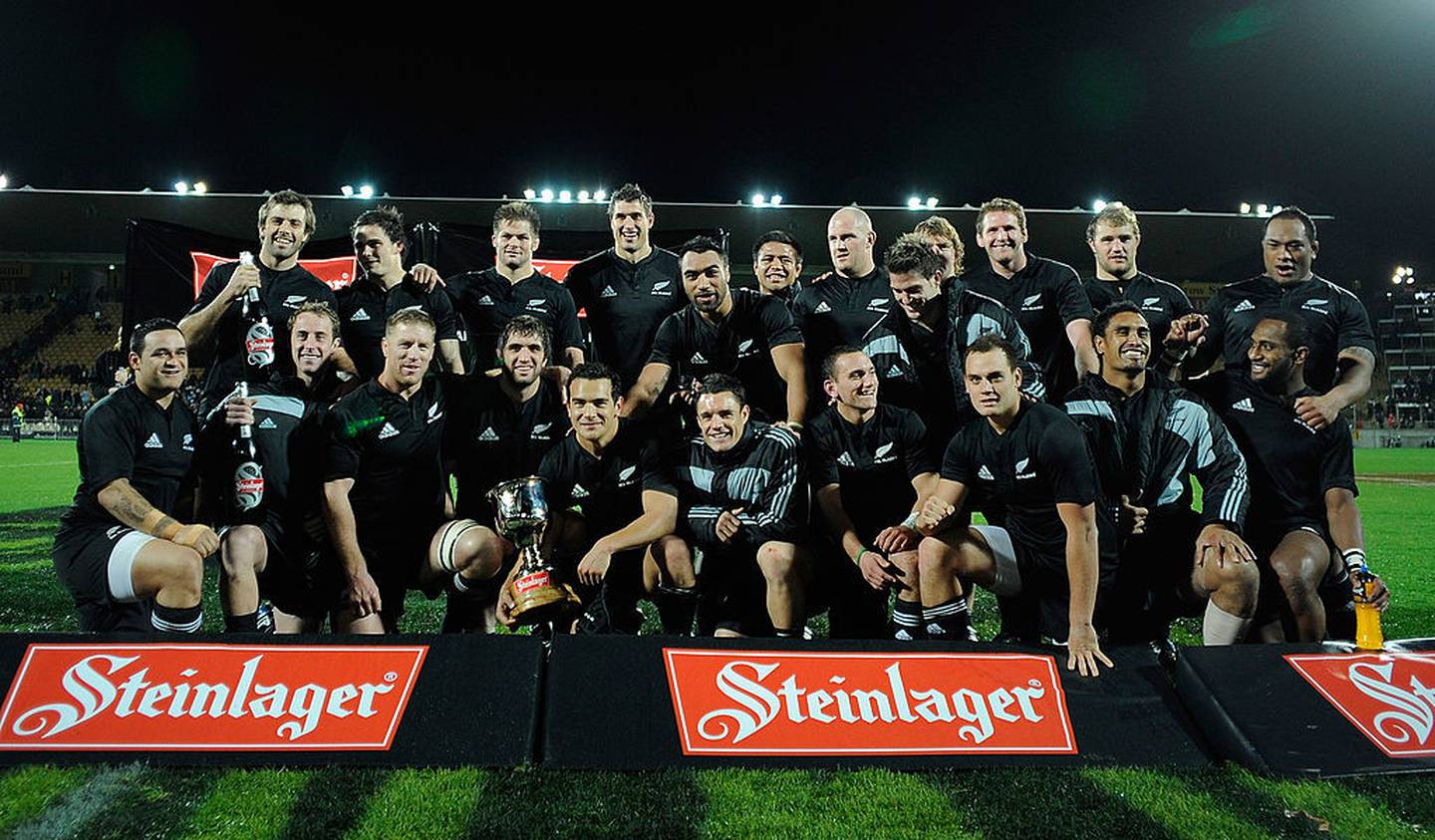 The lucrative relationship between sport and alcohol could be coming to an end. Photo / Getty Images

This will undoubtedly rile up the advertising and alcohol industries that have long used major sporting events to boost brand awareness.

Those against a ban on sports sponsorship by alcohol companies have long cited the millions of dollars that would be lost to the sporting industry if these businesses were no longer able to advertise around these major events.

But Swarbrick doesn't buy this argument.

"They said exactly the same thing about tobacco in the 1990s when we moved to ban the advertising," says Swarbrick, pointing to data showing that those advertising dollars were quickly replaced by other businesses eager to be associated with large-scale sporting events.

"In Australia when they removed tobacco advertising in sports, there was an 86 per cent automatic replacement of all that advertising and sponsorship."

Asked how much these live broadcasts sports sponsorships are worth per annum, she says that the latest figures aren't readily available.

"The most recent approximation we have is from 2014, which came from a report by Sir Graham Lowe, and it put the value of our sports advertising and sponsorship at $20 million," says Swarbrick.

"I've tried to get the most up-to-date figures from both Sport NZ and the advertising council, but they say they don't have the latest figures - but they have indicated, interestingly enough, that they think it's perhaps gone down in value."

Swarbrick says that if the advertising and sponsorship dollars aren't replaced by other businesses rapidly, the Government could set up a fund for the transition or it could apply a levy "of about 2 cents per can of beer" to fill the gap.

She adds that the actual advertising spend only tells a small portion of the economic story when it comes to our relationship with alcohol.

"If we actually want to have a genuine debate around the economic costs of this bill, one of our foremost economic think tanks [Business and Economic Research Limited] has produced a report that shows that the cost of alcohol to our society is north of $7 billion per year," says Swarbrick.

"We're not just talking about harm in terms of people winding up in hospital or police time or emergency services. We're also talking about things like time off of work and the cumulative ramifications of drinking over a number of years that leave people with other health issues."

Swarbrick says it's important to note that she has no intention of stopping people from drinking their favourite alcoholic beverage when they want to.

"No one's going to take away your beer, mate," she says.

"We're just going to have a conversation about it - and we're perhaps going to talk about the fact that it's constantly exposed to our kids."