South Waikato, Waipa, Gore, Rangitīkei, Whanganui and Clutha won't be getting new mayors after the six incumbents have been re-elected without a fight.

And Kaikoura District Council is just waiting for its mayor to be voted in after all its councillors were elected unopposed.

The voting to decide who will govern the country's 67 territorial authorities - city and district councils - hasn't opened yet but some of the positions have already been filled due to a lack of candidates in a number of areas. The positions were confirmed after nominations closed on Friday.

But political expert Dr Bryce Edwards is warning a lack of competition may not be a sign of contentment and is more likely a reflection on the public's disinterest in local body politics.

While Lincoln University local government researcher Jean Drage said it was a concern when people weren't getting to choose who lead their council. 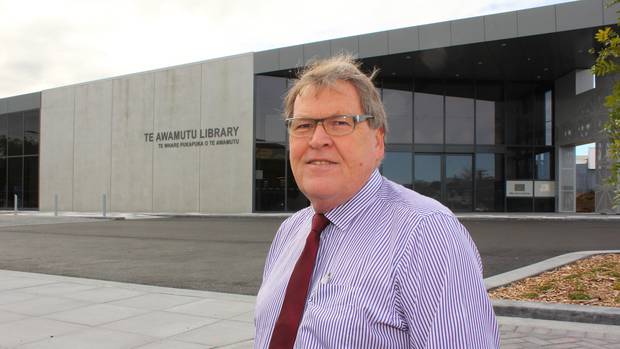 In the Waikato, South Waikato mayor Jenny Shattock and Waipa mayor Jim Mylchreest have already secured their positions for another term.

Only the councillors in Waipa District Council's two biggest wards - Te Awamutu and Cambridge - are yet to be decided on after the four incumbents in its three other wards were all elected unopposed.

Shattock goes into her second term as mayor unopposed and will be joined by Tirau councillor Peter Schulte whose spot was also uncontested.

Fourth-term Clutha mayor Bryan Cadogan was re-elected unopposed and is joined by nine others councillors who also got their seats without a fight. Elections will now only be held for the Bruce, Catlins and Lawrence-Tuapeka wards.

Gore mayor Tracy Hicks enters his fifth term along side three other councillors, John Gardyne, Stewart McDonnell and Neville Phillips, who were the only ones who wanted their seats. A trustee can now be appointed in the Southland ward after no-one was nominated for the role. 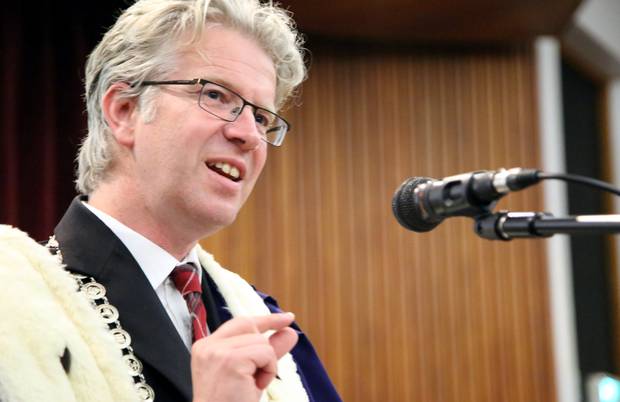 Whanganui mayor Hamish McDouall was getting ready to start his mayoral re-election campaign, but now he doesn't have to after no-one registered to stand against him in the upcoming local body elections. Photo / File

Whanganui mayor Hamish McDouall and Rangitīkei mayor Andy Watson have also been confirmed for another three years without having to stick up billboards or front up to debates.

Almost half of Waimate District Council has been confirmed after four of the nine positions were filled unopposed.

Waitomo is also almost halfway there with it's new council too, with the three councillors in the Waitomo Rural ward - Phil Brodie, Allan Goddard and Sue Smith - elected unopposed. The council has a total seven seats, including the mayor.

There was little competition in Central Hawke's Bay District Council, with four of its nine elected members elected unopposed.

Even in the country' largest council, Auckland Council, Rodney and Franklin ward councillors Greg Sayers and Bill Cashmore didn't have any competition.

But Edwards, who is a senior associate at Victoria University's institute for governance and policy studies, said while some thought it was a positive reflection of council, a mayor being re-elected unopposed could also signal an unhealthy state of democracy in those places and was part of a downward trend in participation in local body elections. While some would argue it meant residents were happy with the incumbent, it could also mean the incumbents held their positions firm and people felt a challenge was likely to fail, he said.

"Regardless of whether the lack of contenders in South Waikato and Waipa is due to contentment or discontent, it's always a bad thing for democracy when there is no election and no choice.

"It means that voters won't feel involved in their local council, and it will mean that the legitimacy of the two incumbents will always be in question - simply because they've won by default."

Elections campaigns often raised important local questions, so without an election these might not be answered, he said.

Drage said democracy was all about giving people the choice and this hadn't happened.

"People in communities making decisions on our behalf need to be there because we voted them in, because we have given them a mandate to do that.

"Politics is about a contest of ideas and a contest is actually needed to debate about the issues, the challenges."

Some reasons for why people weren't standing could be having to quite their jobs or not having a flexible job to work around council's demands and the cost of campaigning, she said.

There's also a battle going on in Dunedin for the top spot after 14 people have put their hats in the ring to replace outgoing mayor Dave Cull.

Meanwhile in the bigger cities the race for mayor is heating up with Auckland mayor Phil Goff having to try and fight off 20 other hopefuls. Christchurch mayor Lianne Dalziel competes against 12 other would-be mayors, Tauranga mayor Greg Brownless competes against nine others and Hamilton mayor Andrew King is challenged by seven including three current councillors.