When shells began falling, gunfire boomed through the night, food became scarce and people were being shot in the streets, Leonid Yurasov's life in the new Ukrainian war zone turned into a nightmare.

But when he, his wife Hannah and their son Igor were able to find refuge in New Zealand in April, the father and grandfather's hope in the future was quickly restored.

"He would often say after we arrived, 'We're going to start a new life here. We will work hard, and get an apartment just like we dreamed. We'll buy a car and I'll play music in the park. Everything is good now that we are together'," Hannah Yurasova told the Herald.

"The most cherished dream of our life was to be the whole family together and never be separated."

But eight weeks after coming to live with his Invercargill-based daughter and her family under the Special Ukraine Visa for immediate families of Ukrainian-born New Zealand citizens, Yurasov's family have been left shattered after he died in their arms from a pulmonary embolism last Sunday.

"The war started and everything went wrong. His heart couldn't withstand the heavy load he had to endure in Ukraine and began to fail."

The couple, who were previously forced to leave their home in Crimea after the 2014 annexation, were woken before dawn on February 24 by explosions, later watching Russian invaders and "endless military equipment" arrive.

"It felt like we were dreaming but caught in a nightmare. Explosions and gunfire were for five days non-stop.

"The disappointment was so overwhelming, there seemed no purpose in life any further."

Family was everything to Leonid Yurasov, especially his grandsons Elijah Ului, left, and Micah Ului, pictured on the way to Milford Sound. Photo / Supplied

News the couple and their son could come to New Zealand was tempered by Yurasov's lack of a valid passport and the trio's fear of waiting inside the war zone while New Zealand authorities organised a workaround.

Her husband wanted them to leave him behind to cross the front-lines alone to a neighbouring city to renew his passport, but Yurasova refused and instead the trio began a harrowing 10-day car journey through Russia and pro-Russian Belarus to safety in Poland.

On damaged roads they passed the burned-out cars riddled with bullet holes of those who didn't make it and scorched fields covered with military vehicles "torn to pieces", escaping a close call at one of the 23 blockades manned by Russian soldiers when a Ukrainian flag was discovered in their glove box.

"The Russian soldier only realised what he saw after we left, he called ahead to the next blockade … we were greeted with two angry soldiers demanding to see in the glove box.

"But I'd thrown [the flag] out before we got to the next blockade. I was scared, we all were, that this was the end."

Because her husband's passport had expired, it made their journey even more stressful.

"We felt like enemies in the land of our invaders."

Leonid Yurosov was the 'life of the party' and loved to play his Bayan (button accordion) at family occasions, such as this one with his new Kiwi grandson before the war. Video / Supplied

They arrived in New Zealand on April 20, but it was several weeks before the cheerful "Papa" his family remembered returned, son-in-law Cory Ului said.

"The return began when the realisation hit that he was safe … and he was with his wife, son, daughter and grandchildren."

Yurasov began talking of again playing his bayan (button accordion) in Queens Park, as he had on previous visits to New Zealand.

"People loved it, and would even give him money, but he never kept any of it. He played because he loved putting a smile on people's faces."

But when Yurasov fell and broke his hip, tests revealed the 64-year-old had metastatic prostate cancer. 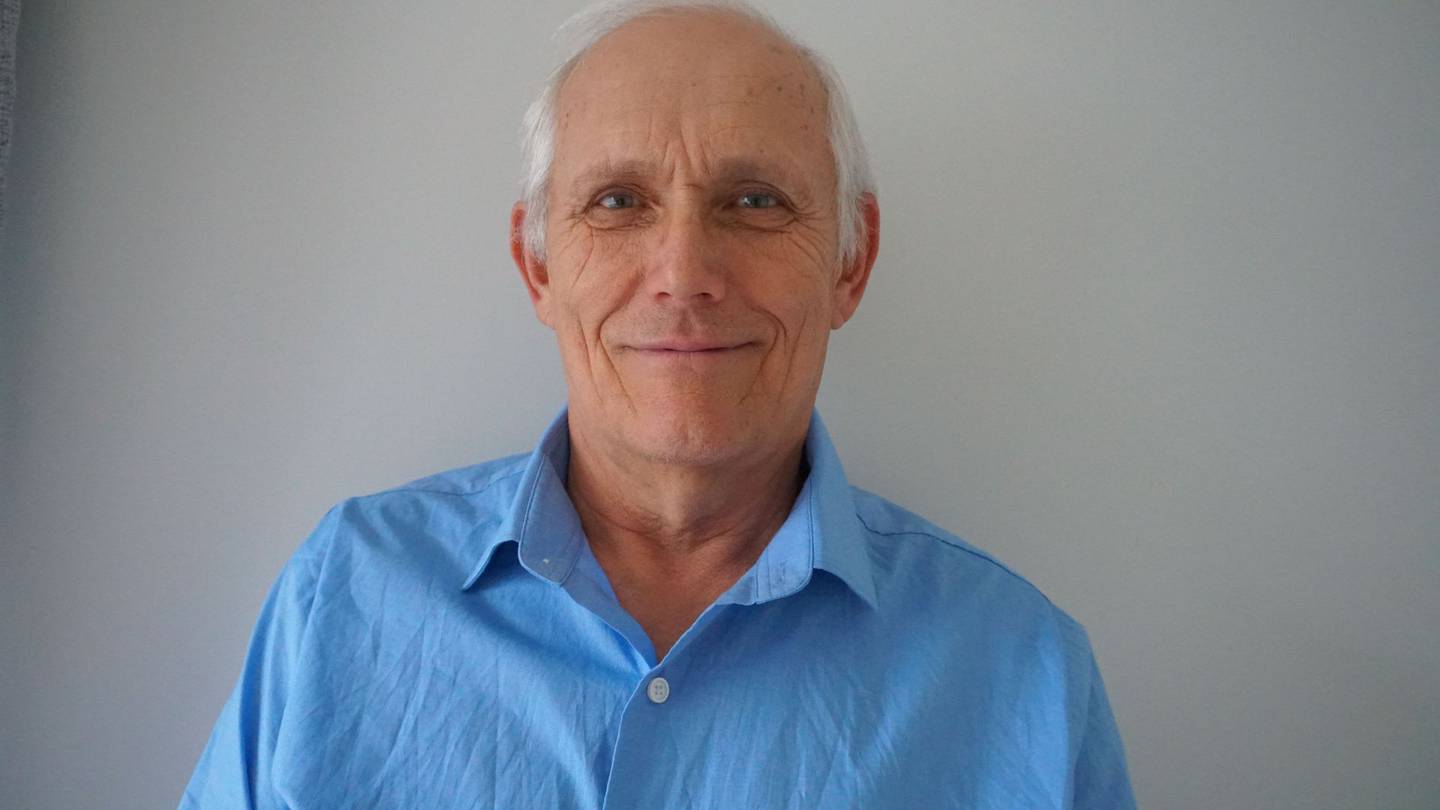 The community had rallied to support the family, with $4000 already donated to a Givealittle page to help with funeral and other expenses.

Those on the Special Ukraine Visa can work, but if unable are reliant solely on their New Zealand families for financial support.

Yurasova has a job cleaning at a motel and Igor, who initially struggled to find work, starts a forestry job this week.

Money has been so tight that 34-year-old Igor doesn't have a bed or mattress of his own, instead sleeping on the living room floor, Ului said.

Yurasova said she was overwhelmed by the kindness and generosity New Zealanders had shown to her family.

"I am very grateful. This brings me to tears."

The next challenge was lobbying the Government to allow those on the Special Visa to stay in New Zealand longer than the two years currently allowed.

With Nova Kakhovka still under occupation, the fate of the family home unknown and her immediate family now all in New Zealand, Yurasova wanted to stay in Invercargill.

"There is no future there, it is like going to your grave … I have nothing there. But it is not up to me."

A Givealittle page has been set up to support Yurasov's family.