Valeriya Horyayeva fled her hometown of Sumy in Ukraine three months ago with her 4-year-old daughter after war broke out and has been reunited with her mother in Nelson.

Horyayeva is grateful, but says for many other Ukrainians, escaping to New Zealand is next to impossible because of the requirements and cost involved.

After Russia's invasion of Ukraine, the New Zealand Government announced in March it was offering 4000 special visas for family members of Ukrainians living here.

It allows Ukrainian-born New Zealand citizens and residents here to bring in members of their Ukrainian family whose lives are at risk because of Russia's war.

A survey found fewer than 160 people have arrived because of major barriers around the application process; just 14 per cent of eligible visas have been issued so far.

Since the survey, the latest figures released to the Herald by Immigration New Zealand revealed 194 total people have arrived on the visa. 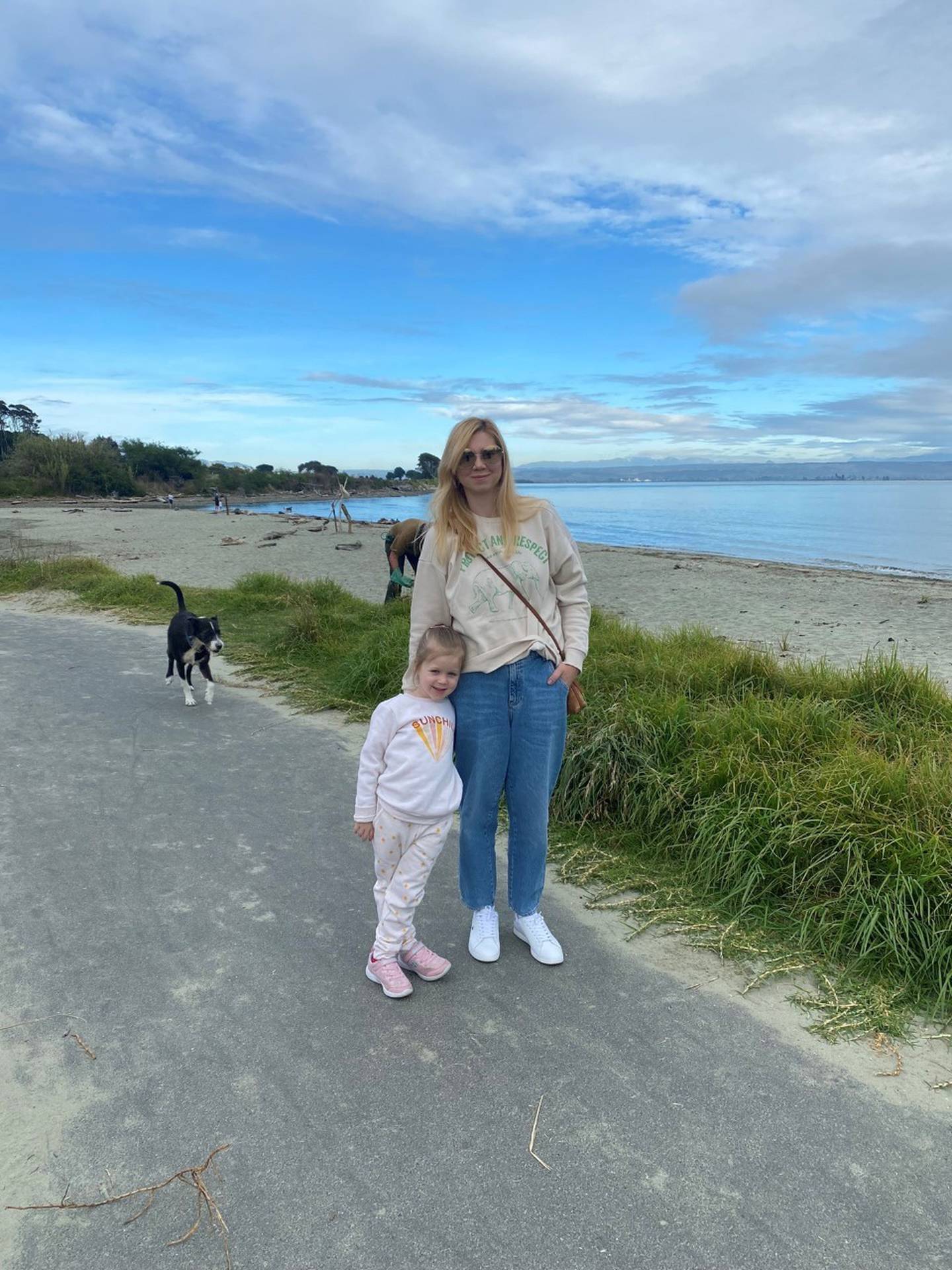 The survey, conducted by World Vision and Mahi, found more than a third had not applied for the special visa because of barriers such as cost of living in New Zealand, housing costs and the costs of flights.

The survey, involving 200 Ukrainians who live here, found 85 per cent were eligible but two thirds who wanted to sponsor family members and friends fell outside the visa eligibility criteria.

"It is so expensive to come to New Zealand from Europe and when you get here the cost of living is huge," Horyayeva said.

"So many Ukrainians have left with nothing more than the clothes on their back. They arrive in New Zealand with so little and have little support here, so it would be good to have more assistance for those that need it."

Horyayeva said she was lucky to be able to share her mother's home and the community had welcomed her with donations of clothes and other essentials. But she said for many other Ukrainians, especially those who are older, resettlement can be difficult.

The war in Ukraine has forced nearly six million to flee the country and internally displaced more than seven million.

Rebekah Armstrong, World Vision's head of advocacy and justice, is calling on New Zealand's Ukraine visa policy to be amended.

"The policy is not fit for purpose and needs to urgently be amended so that Ukrainian refugees, displaced people, families torn apart and particularly at-risk children can assess it and resettle in New Zealand where they can be free from conflict," she said.

Armstrong said it was concern over the low number of applications for the special visa that prompted the two organisations to conduct the survey.

"The New Zealand Government provides no extra support for those arriving here from Ukraine. Most turn up with nothing more than the clothes on their back. It is up to the sponsor to feed, clothe and house everyone and pay for other costs such as healthcare," she said.

Turska said most of those being sponsored are elderly or underage, who are unable to work.

"It's a heartbreaking situation for sponsors to find themselves in, especially when many of their family members would meet the definition of a refugee," she said.

The two organisations are calling on the Government to broaden the eligibility criteria for the policy to enable more people to apply.

"We are hearing many tragic stories of extended family members who are excluded by this policy: nieces and nephews, uncles and aunts, sisters and brothers-in-law, cousins," Armstrong said.

"Families in New Zealand are powerless to help their loved ones because the visa policy is so limited."

The survey findings will be provided to the Minister of Immigration, and will include a call to establish a humanitarian relocation support fund and settlement support to assist with accommodation, essentials and employment.

"Our thoughts are with the people of Ukraine both here and overseas at this difficult time," Hogg said.

As of June 7, INZ had received 882 sponsorship requests, 877 visa applications and had granted 729 visas under the 2022 Special Ukraine Visa category.

"Eligibility requires the sponsor to have been born in Ukraine or to hold or have held Ukrainian citizenship or permanent residence, and the applicant to be a normal resident or Ukraine, including Crimea, as of January 2022," Hogg said.

"There are currently no plans to change the criteria."