Jacinda Ardern has cancelled her wedding venue and the angry owner says the Prime Minister won't pay a $5000 fee.

Robin Pierson - the owner of the Bushmere Arms venue, on the outskirts of Gisborne - says Ardern and her partner Clarke Gayford booked the venue two years ago but talks broke down after a stoush over catering by a Kiwi celebrity chef.

"Jacinda and Clarke came here two years ago, she sat on the barstool and said, 'We'd like to book our wedding here'," Pierson told the Herald on Sunday.

"But she's not getting married here any more - it was too expensive and we couldn't agree on the finer details."

Pierson said the couple had requested their friend, celebrity chef Peter Gordon, do the catering.

"Jacinda told me, 'Peter Gordon has always said he wanted to be involved in my wedding' to which I said, 'I'll have a free cooking lesson any day,' thinking it would be a collaborative effort and we would be working together.

"My food is nothing like what Peter Gordon would do. I'm sure Clarke wouldn't be bragging 'Robin Pierson did our wedding'. I don't think that cuts the mustard," Pierson said.

Gordon is a world-class chef, food writer, and restaurateur. Last year he and his partner Alistair Curruthers opened Homeland, a restaurant/cooking school/community project on Auckland's waterfront. 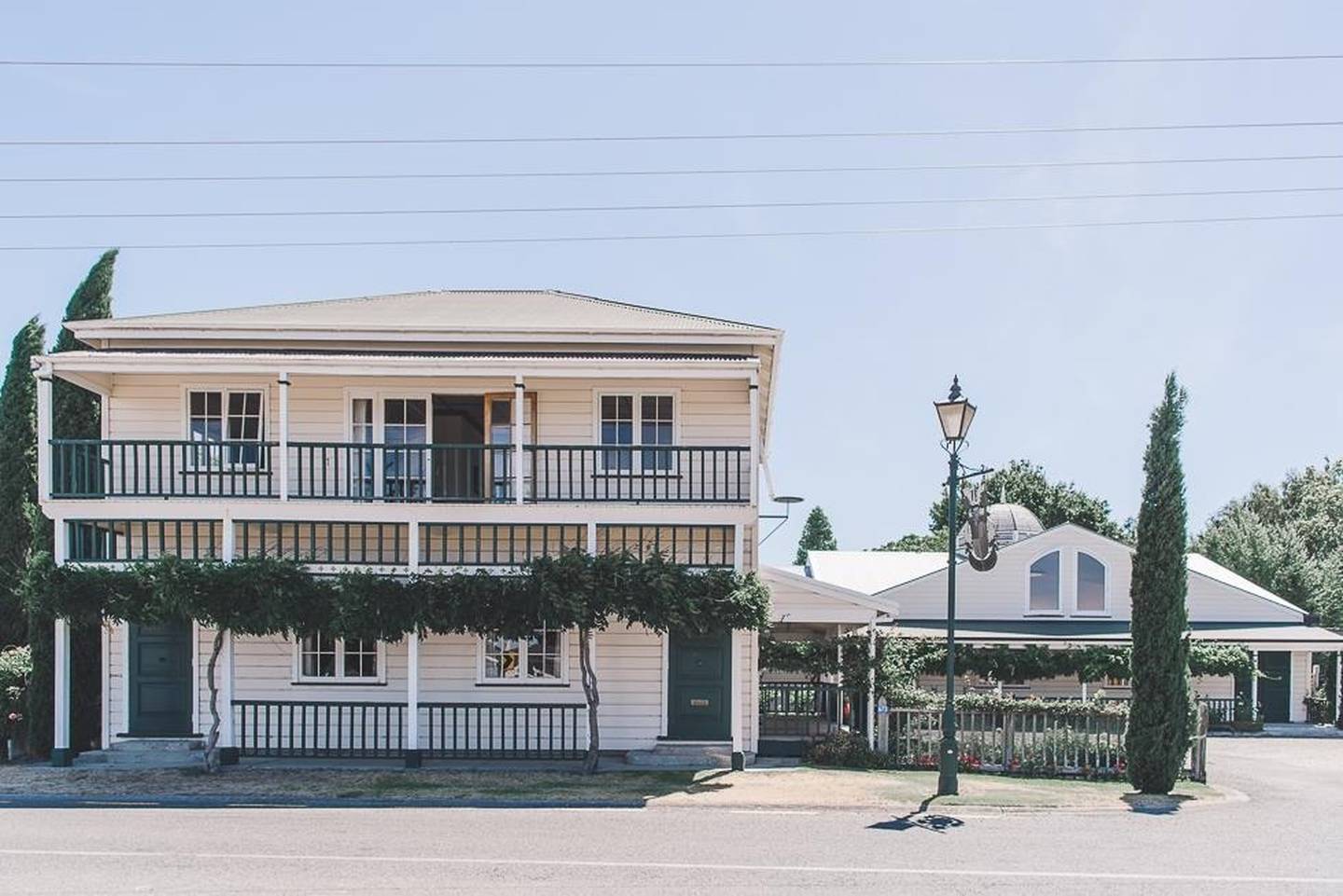 The pair had planned to wed at the Bushmere Arms. Photo / Facebook

Pierson said Barabara Ward, Ardern's electorate secretary, visited the Bushmere Arms to assist the couple with their wedding plans in early May.

"They came and had a look around; I didn't get involved. She said she needed to do some costings and needed to talk to Peter Gordon," Pierson said.

On July 5, Pierson said Ward returned with Gordon and Carruthers.

Pierson said they were friendly and the meeting went well but they never discussed the menu or food.

"A week later I got sent a proposed menu from Peter Gordon's 'man', which had been worked out with the bride and groom. It was then I suddenly realised I wasn't involved in the catering at all and that Peter Gordon had clearly been contracted to do the food.

"The day they were here they should have been upfront and said, 'I'm contracted to do the food now,' but I don't think he wanted to share the limelight with anybody.

Pierson was asked by Gordon to provide lettuce leaves from his garden, plums, homemade shortbread, and some mini pizzas for late-night snacks. 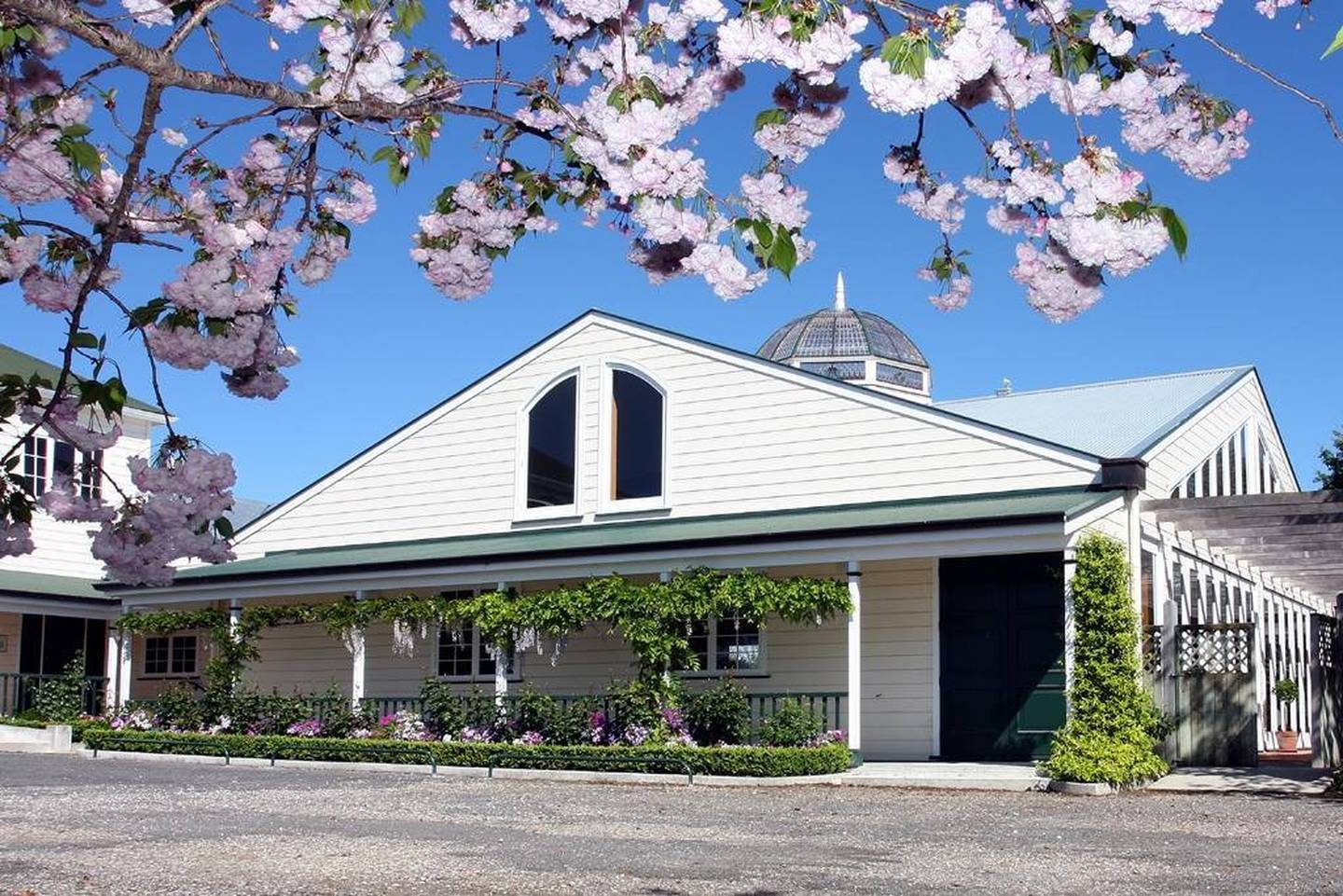 Robin Pierson, the owner of Bushmere Arms, said the pair visited two years ago and said they wanted to book their wedding there. Photo / Facebook

"It was insulting and I told them that too. In a cover letter with the menu, they thanked me for my hospitality. They were working on pricing for the event for the staff labour and the venue only.

"Peter Gordon was invoicing them separately for the food he was creating. I emailed back to say how insulted I was and told them the venue would cost $28,000.

"Barbara sent me an email saying she was sorry I was insulted and that everything had gone 'pear-shaped'. She then asked for a price and menu for Peter Gordon as a guest only. I emailed an outline and said the cost would be $100 to $110 per person, depending on the final menu," Pierson said.

On August 31, Pierson received an email to say his proposal was rejected and the couple no longer wanted to hire the venue.

Gordon declined to comment when approached by the Herald on Sunday.

Pierson said he was now in dispute over a $5000 cancellation fee.

He claimed he had been accommodating with the wedding date being changed several times because of Covid–19 and the couple's hectic schedule.

"They have offered me $1200 and I've yet to get back to them. They say my fee is 'unfounded' but It's not up to them to tell me what my cancellation fee is," Pierson said.

A spokesperson for the Prime Minister would not be drawn on the cancellation fee but said: "The Bushmere Arms was the Prime Minister and Clarke Gayford's first choice as a wedding venue, but unfortunately as is the case with many weddings, not every initial arrangement works out as planned."

Bushmere Arms is a pub, restaurant, and wedding venue in a tranquil rural setting surrounded by fruit trees, an organic vegetable garden, and rose gardens. 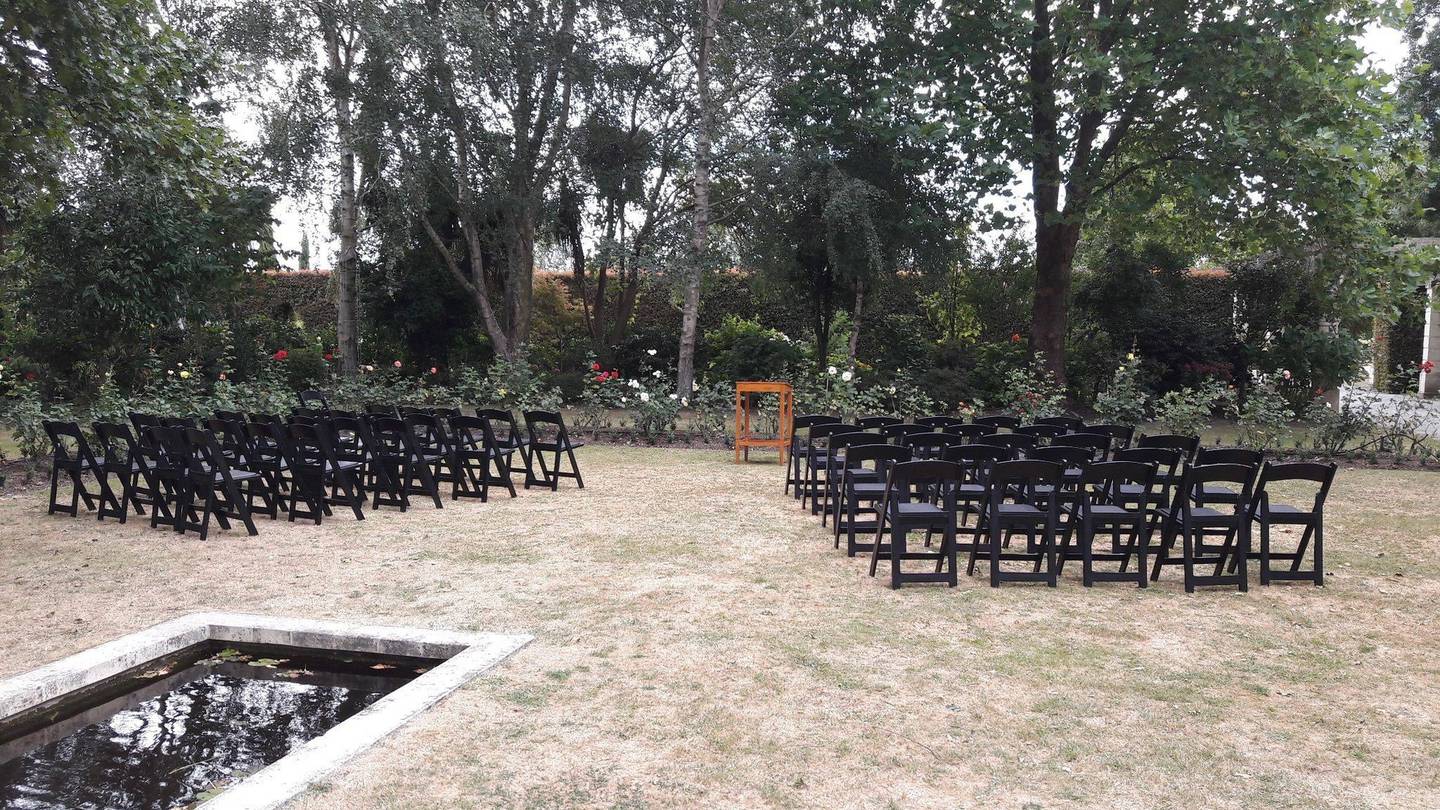 The owner of the Bushmere Arms claims the wedding date had been changed several times due to Covid-19 and the couple's hectic schedule. Photo / Facebook

Pierson believed about 150 to 170 guests were invited to the afternoon ceremony.

He understood there was a lot of security involved and local authorities were closing the air space to prevent drones from flying over.

Speculation is rife in the local community as to where the wedding will take place.

Pierson said everything could have been amicably resolved with some negotiation.

"I think they thought I'd be so desperate for the publicity I'd cave in. The thing with Peter Gordon is he has all this fame and accolades but has he owned the same restaurant for 33 years?"