Ardern was speaking after outlining a plan to lift primary sector earnings by $44 billion over the next 10 years by creating value and employing more people, while at the same time sticking to environmentally sustainability targets.

Ardern said the primary sector had already made significant strides to improve the sustainability of New Zealand's products and practices, but there was potential to go further.

New Zealand had invested in its farming sector to boost exports following the Covid-19 downturn, she said.

That included investments in marketing and helping the primary industries sector come up with innovative new products and practices.

She said that despite the Covid-19 global market's downturn, some New Zealand premium products were bringing in greater revenues due to increased demand for safer, higher quality foods from around the globe.

The PM's appearance at Mt Albert in Auckland came after minister in charge of quarantine and isolation facilities Megan Woods this morning confirmed the Government was restricting seats on international flights into New Zealand.

This would enable the Government to safely place New Zealanders arriving home into a managed isolation or quarantine facility, said Woods.

"We were never going to let border facilities reach maximum capacity," she said.

While New Zealand wasn't running out of space yet, it was necessary to step in now and manage the situation, she said.

Woods said the Government and Air New Zealand had agreed to manage incoming bookings in the short term.

"We cannot let this continue to be a purely demand-driven system".

She reiterated Kiwis booked on flights over the next three weeks would still be able to come back and these measures would be short term. She expected the block on new bookings would last for three weeks.

That meant someone with a booking a month out can still come back but there won't be any new bookings for three weeks, she said.

That would help the Government have more certainty about exactly how many people were coming in.

"We're doing this so we can ensure we have that very strong line of defence," Woods said.

Air New Zealand makes up about 80 per cent of the inflow into the country so it was critical it was on board. The Government was in talks with other airlines to take similar measures, Woods said.

Woods, however, hasn't had discussions with Air New Zealand about the potential financial impact of the measures.

Air Commodore Darryn Webb said there were now nearly 6000 people in 28 managed isolation facilities and the new limits on returning passengers would help authorities increase the number of rooms available. 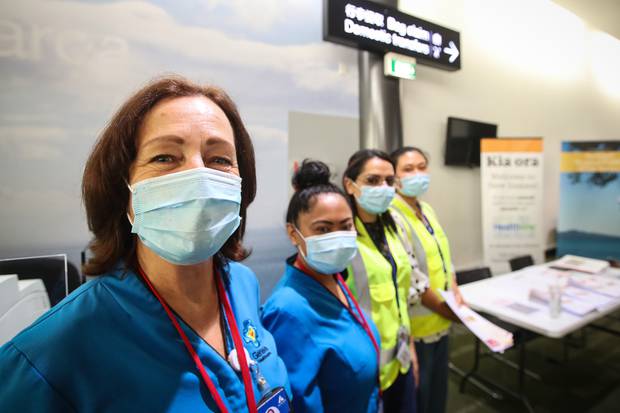 "These temporary measures will ease the current demand on facilities while additional supply is brought on line," he said.

"In the past three weeks we have brought on capacity 10 new facilities for 2000 more people, and have a plan to bring on another 750 places in the coming weeks."