Prime Minister Jacinda Ardern has emerged from her first White House visit and meeting with US President Joe Biden, saying the meeting was a reflection of the state of the relationship between the countries: "warm, friendly, shared values and shared challenges".

"I am greatly heartened by the nature of the discussion we had today," said Ardern after the meeting, the first for a New Zealand Prime Minister at the White House since 2014.

The pair discussed issues from trade in the Indo-Pacific to New Zealand's experience with gun reforms.

The pair met in the Oval Office and in brief comments beforehand, Biden said it was "good to see a not-so-old and a good friend".

"We are really delighted to have you here." 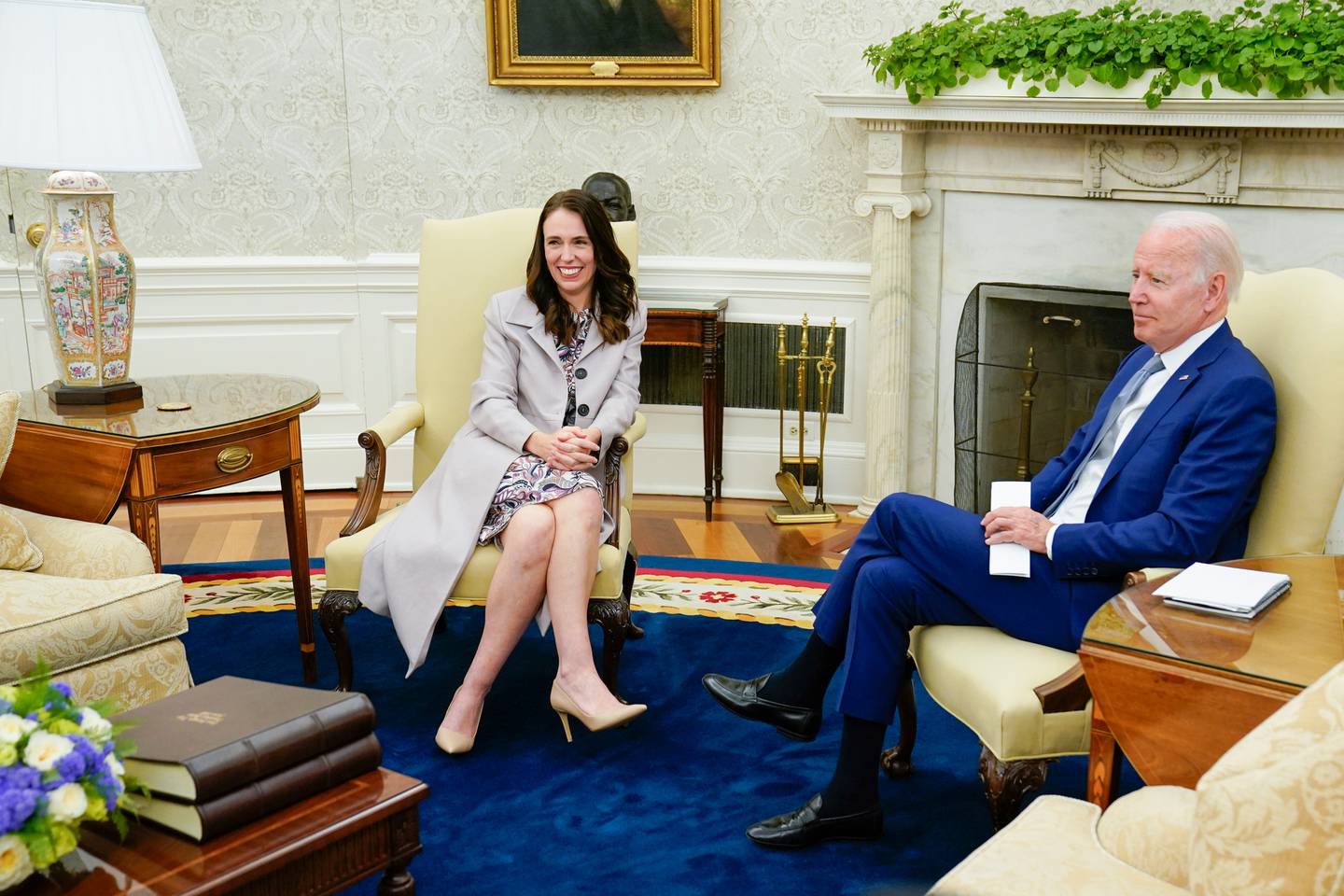 Biden assured Ardern that when it came to the US involvement in the Indo-Pacific, the US wanted to work alongside other countries: "I want to emphasise the last point you made – working together. We are not coming to dictate or lay down the law. We have more work to do in those Pacific Islands."

Prior to meeting Biden, Ardern had also met Vice President Kamala Harris. Her meeting with Biden went overtime by about 30 minutes - and included a high-powered lineup.

"Whilst of course we are significant advocates for the CPTPP, the IPEF represents a significant opportunity to build economic resilience in our region. So I look forward to having a bit of a discussion about that opportunity."

In response, Biden referred to his recent trips to Japan and Korea where that framework was announced, saying there were a lot of opportunities for working in the region.

Ardern also acknowledged Biden's "significant leadership" on Ukraine – and Biden thanked Ardern for New Zealand's contribution to that war effort. And she said she hoped there would be a chance to work together on climate change.

Biden also praised Ardern's leadership, saying she had taken on a "critical role" including on gun violence.

"You understand that your leadership has taken on a critical role in this global stage — and it really has — galvanizing action on climate change; the global effort to curb violence, extremism, and online, like happened in Christchurch.

And — you know, we want to be — I want to work with you on that effort. And I want to talk to you about what those conversations were like, if you're willing."

Biden said the United States was in "an awful lot of suffering".

"There's an expression by an Irish poet that says, 'Too long a suffering makes a stone of the heart'. Well, there's an awful lot of suffering. I've been to more mass shooting aftermaths than, I think, any President in American history, unfortunately. And it's just so much of it is preventable, and the devastation is amazing."

Ardern expressed New Zealand's condolences for the shootings in Texas and Buffalo.

"We are in an incredibly difficult international environment, but also domestically it is extraordinarily challenging as well. It's been devastating to see the impact on those communities.

"Our experience, of course, in this regard, is our own. But if there's anything that we can share that would be of any value, we are here to share it."

In response, Biden said the work New Zealand was doing with tech companies in the Christchurch Call was important – that initiative was used to stop livestreams of the recent Buffalo shootings being shared and screened on social platforms recently.

Ardern's meeting was the first visit to the White House by a New Zealand Prime Minister since John Key met with Barack Obama in 2014. 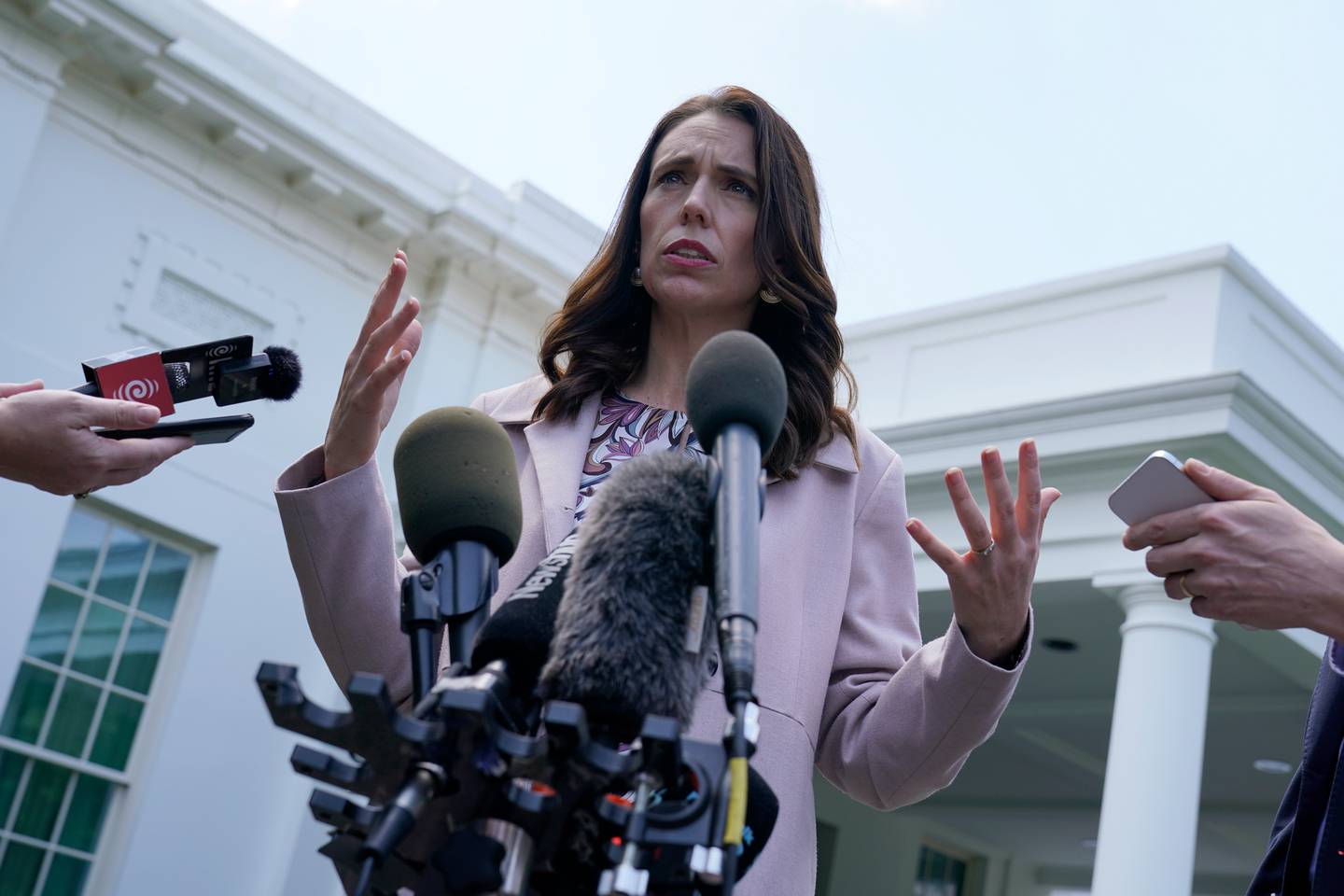 Prime Minister Jacinda Ardern said her face-to-face meeting was important for the relationship between the US and New Zealand. Photo / AP

Ardern said yesterday she did not expect the meeting to deliver any new concrete measures, but her first face-to-face with Biden was important for the relationship between the two countries.

Ardern has spoken to Biden twice by phone or Zoom since he was elected President but said "but there's nothing quite like meeting face to face".

"Now we have the opportunity to do it in his space, at the White House," she said beforehand.

"That very first call where we immediately discussed his connection to the region through his family, his visit to New Zealand, already it was at a level we were building connections.

"Tomorrow is not about announceables, it's not about new initiatives. It's actually about that relationship but I already consider it to be a good one."

Ardern said there were a number of issues on the agenda, including the war in Ukraine and China and the US engagement in the Pacific. 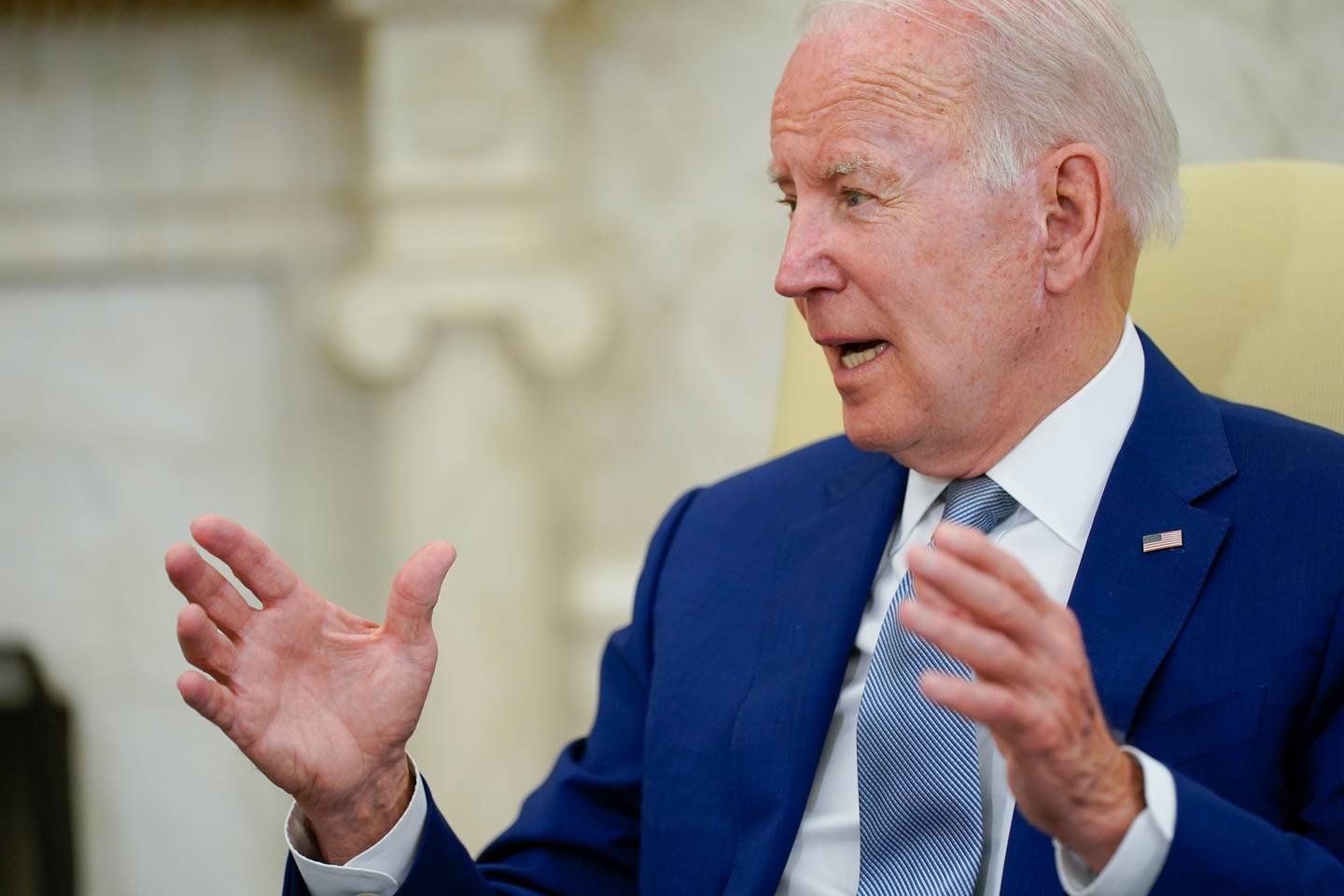 The meeting took place as both countries woo Pacific nations, seeking greater economic and security ties with them.

Ardern urged the US to be more consistent in its approach to the Pacific region and build long-term relationships rather than waxing and waning in interest.

"What is important is that all of our relationships in the Pacific need to be built in their own right, not because another country is present. This cannot be all about China."

New Zealand also wants the US to join the CPTPP trade pact, but Ardern said she would be urging Biden to at least give his Indo Pacific Economic Framework some teeth in removing barriers for trade to the US. 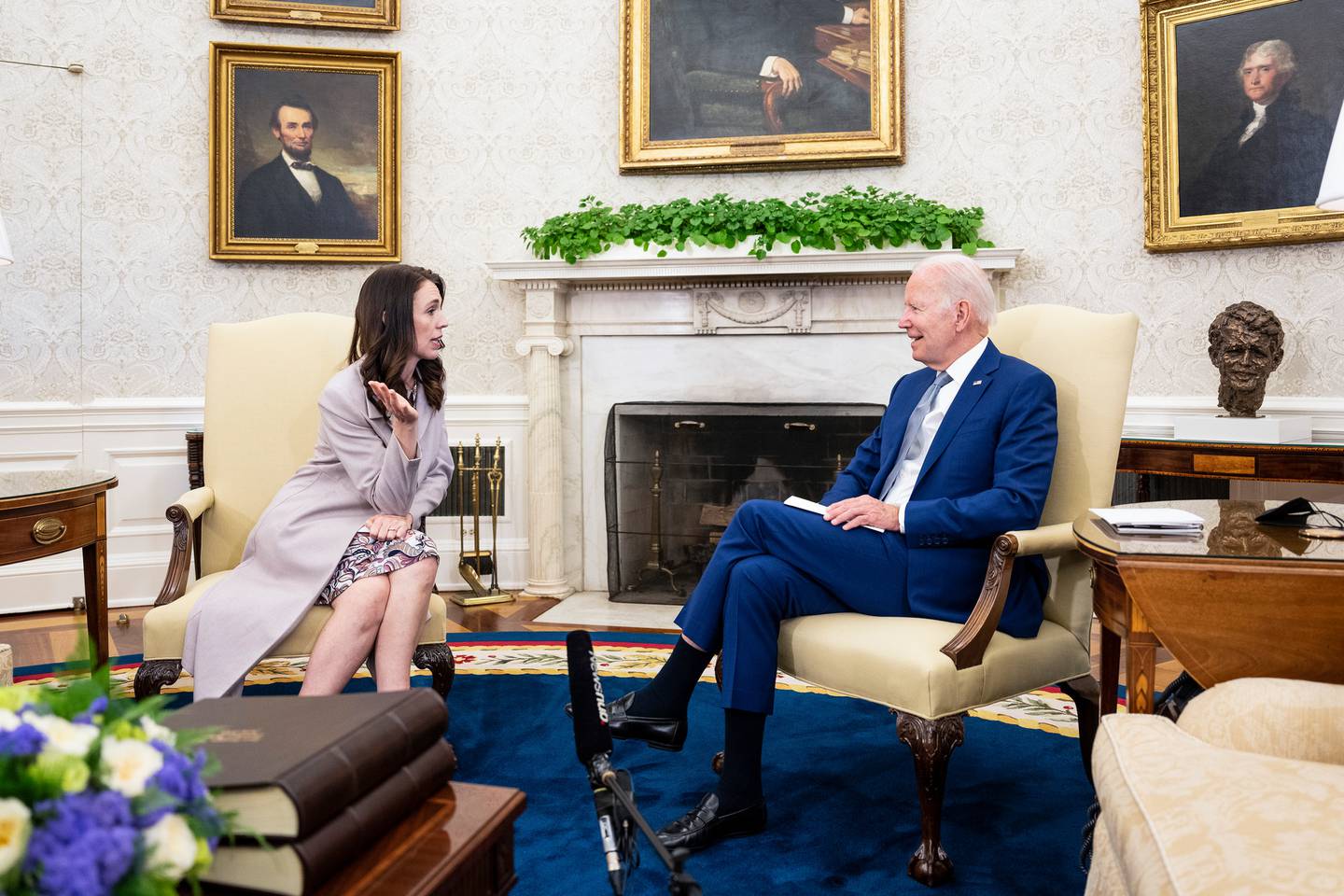 The road to the White House has been a bit bumpy – Ardern's recent infection with Covid-19 meant it had to be postponed from earlier in her trip for a few days, extending her trip.

Three key members of her delegation have also now tested positive for Covid just days before the meeting was due to be held: including Chris Seed, the Secretary of Foreign Affairs, Andrew Campbell, her chief press secretary, and one of her advisers.

The rest of the delegation and media have had to have a PCR test yesterday and a rapid antigen test just before going to the White House.