Three years ago a meeting of Pacific leaders went eight hours over time, with reports of tears and shouting at Australia's inaction on climate change.

Yesterday, the Pacific Islands Forum leaders' retreat wrapped up ahead of schedule with the theme of unity strong - especially around the very issue that caused mayhem at their last face-to-face meeting.

"Tuvalu... is having a conversation around the future nationhood without the possibility of having a landmass," Prime Minister Jacinda Ardern said shortly after.

"That is the kind of conversation that's been had."

Leaders agreed to support Tuvalu as it navigated the devastating reality that the low-lying island nation will soon be underwater, and what that means for its sovereignty.

But leaders also sacrificed tackling in depth some of the most difficult questions - from Australia's economic devotion to coal exports to the Solomon Islands security pact - in the name of that unity.

Climate change was a major focus, as leaders declared a climate emergency, agreed to pursue a limit of 1.5C warming and ramp action and advocacy across the globe.

They agreed to support Vanuatu's bid to have international courts rule on climate change, potentially defining who is responsible and who should pay. 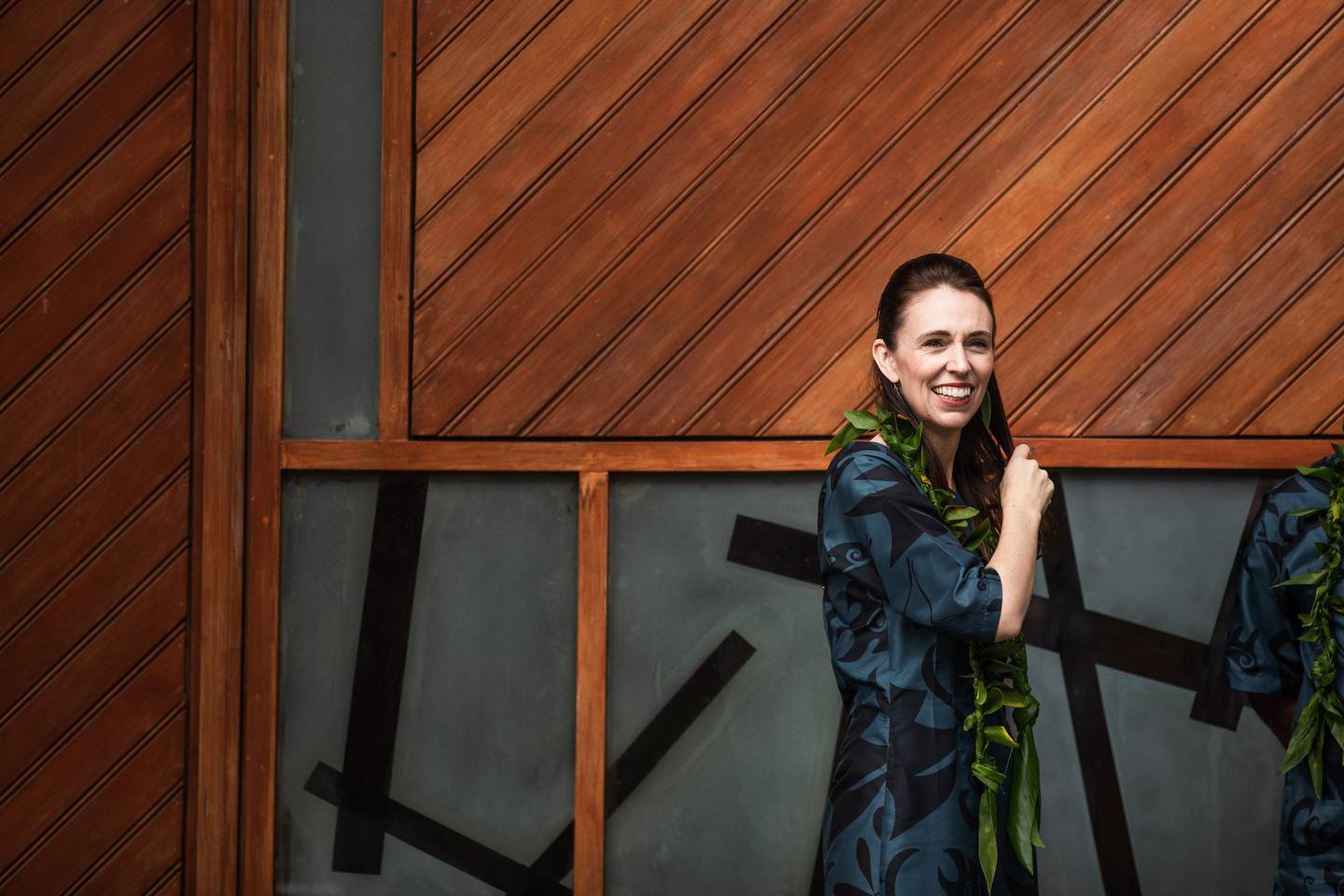 There was also strong support for Australia's bid to co-host an international climate conference - COP - with Pacific nations.

Ardern said a key focus would also be energy security in the Pacific and securing 100 per cent renewable energy - 72 per cent of electricity now comes from fossil fuels.

"Now that has two impacts on climate, related to enormous reliance and vulnerability to the changeable energy market," Ardern said.

There was strong unity, but at the same time leaders acknowledged some of the tougher issues were "parked" for a later date.

Fiji PM and forum chairman Frank Bainimarama said afterwards he would have gone after new Australia PM Anthony Albanese on the touchy subject of coal, but decided to instead support the strong ambition shown already - in stark contrast to his predecessor Scott Morrison - in the name of unity.

Leaders agreed to the Blue Pacific Strategy to guide the region until 2050, with a range of commitments to approaching security and economic issues as a "family".

The high-level strategy is also the vehicle through which approaches to geopolitical issues - such as the influence of China and the United States, which launched a major Pacific push this week - will be tackled. 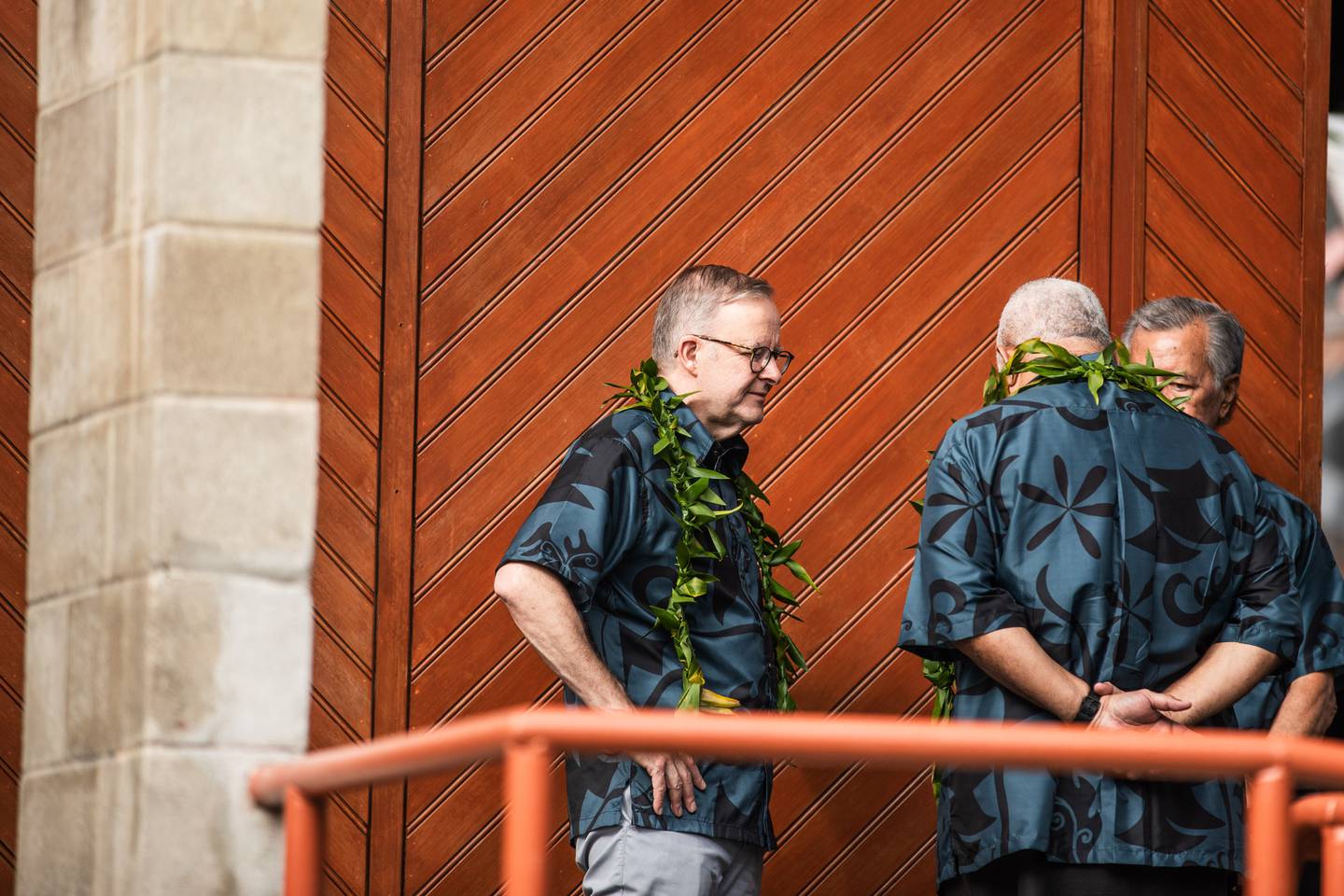 It is understood the agreed communique has no mention of Solomon Islands and its security pact with China, although there was agreement with rising strategic interest, also from the United States, to remain united.

Ardern said she would not discuss exactly what came up but that there was agreement on "supporting one another within the region to meet our own security needs".

Asked if there was greater transparency on the arrangement, Ardern said she had already raised that directly in her bilateral meeting.

"That doesn't mean that nations can't make their own choices around their own defence needs.

The unity pledged by leaders post-meeting was in stark contrast to how the week appeared to be shaping up, after three years without a face-to-face meeting due to Covid-19 and recent geopolitical moves by the US and China.

Before the forum began, Kiribati announced it was leaving, citing ongoing concern over leadership issues, but also sparking concerns its increasingly close links to China could have influenced the decision.

Leaders agreed to support the Suva Agreement, which brought in four other Micronesian countries which had also threatened to quit the forum. They also agreed to continue talks with Kiribati to bring it back into the forum.