The Government has announced $10 million for a seed bank in Fiji - the first funding from its $1.3 billion climate fund set up in October.

It comes as Pacific leaders, in Suva this week for the Pacific Islands Forum, urge New Zealand and Australia to step up action on climate change, which poses an existential threat to low-lying nations.

Also high on the agenda are rising geopolitical tensions, with China and United States vying for influence, and unity within the forum itself after Kiribati announced it was leaving.

PM Jacinda Ardern said she had met Palau's President this morning, and discussed issues within Micronesia over the Pacific Islands Forum.

She had also spoken to the World Bank and IMF representatives on the global economy, and strains on it from Ukraine and Covid-19 lockdowns. She said energy resilience was a major issue.

Ardern said she hoped Kiribati would re-enter the Forum, noting climate change in particular was an issue for it which was best addressed regionally.

Ardern said while US and China had been in the Pacific for some time, the interest of some had waxed and waned.

She said China had increased its attention lately, and when that moved to security elements "that concerns us".

She said on the other hand, the US interest had waned in recent years, and was only now gearing up again.

Ardern said it was important to make sure coercion was not at play in the superpowers' relationships with the region, and moves towards militarisation should be resisted.

The PM is due to meet with Solomon Islands' PM Manasseh Sogavare tomorrow, and said she was keen to talk about its agreement with China.

She had voiced concerns over the phone "and now's the chance to do it face to face. That won't come as a surprise".

"No-one is questioning the individual sovereignty [for countries] to form its own relationships," but added when that relationship affected the security of the wider region, it should be discussed.

She will also meet Fiji PM Frank Bainimarama and would catch up on the Forum, climate change and the regions.

Ardern began the day attending a leaders dialogue panel, where Bainimarama and forum chair Henry Puna spoke of the need for unity at the forum, addressing the "breakdown in connection" with Micronesian countries.

"Great to meet you in person," Wong said.

"Exactly," Ardern replied. "We all look so much younger in person."

Wong replied in jest: "Speak for yourself, Prime Minister." 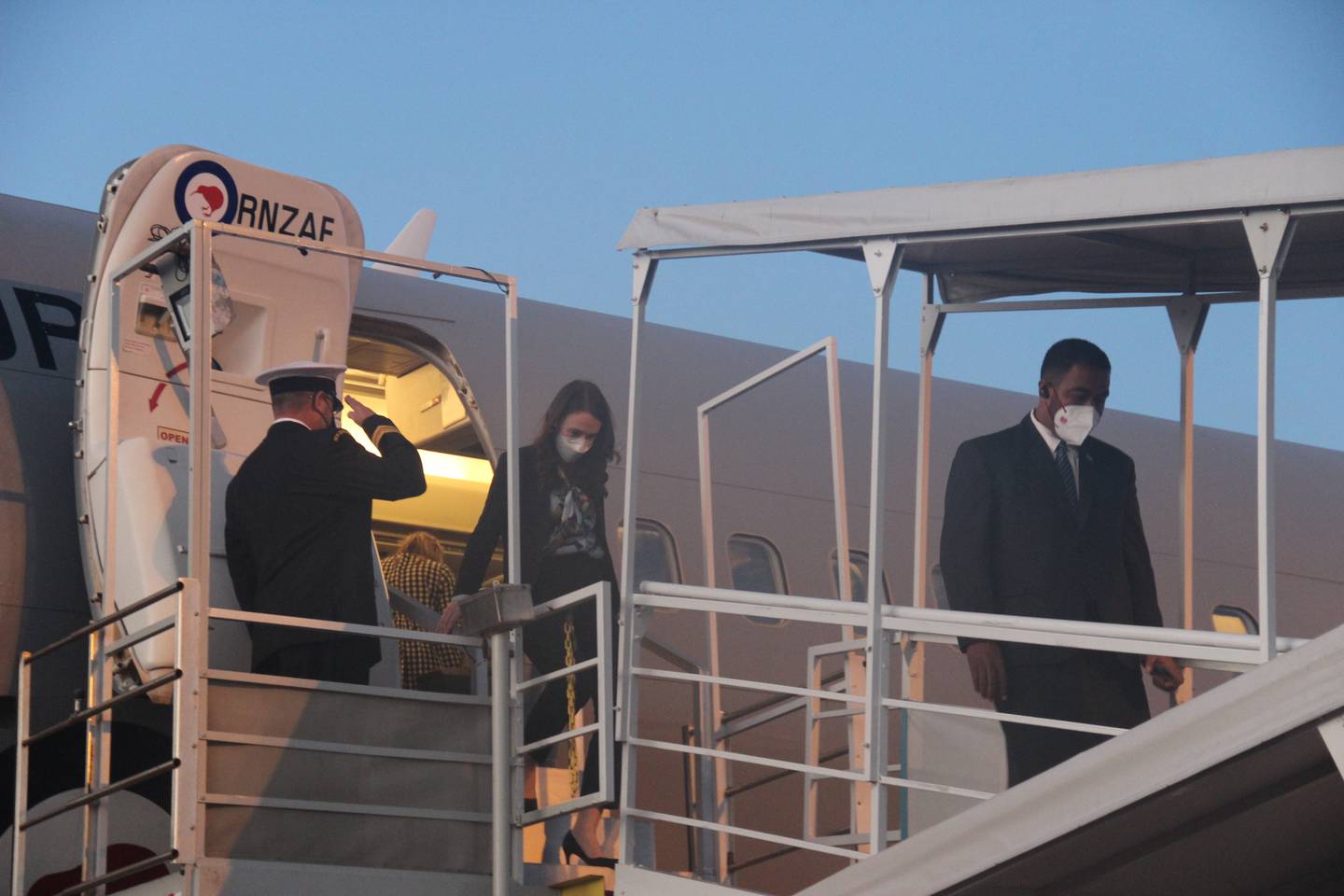 Australia PM Anthony Albanese is scheduled to arrive in Suva on Wednesday.

Half of the climate funding announced today will go to the Fiji-based Centre for Pacific Crops and Trees (CePaCT), which since 1998 has been conserving the regions collections of 17 crops including yam, coconut and 70 percent of the world's taro varieties. Another $5m will go to a global genebank supporting the centre.

"This investment will increase the Pacific's resilience by ensuring our regions seeds and plant materials are preserved and protected for future generations.

"We are now seeing the knock on effect of climate change with more extreme weather events like cyclones and droughts leading to outbreaks of pests and diseases that can be devastating for food production."

CePaCT is part of the scientific and technical agency — the Pacific Community (SPC).

"The investment will help the Centre to scale up its work, which also includes conducting research into developing new climate resilient varieties of crops that are resistant to drought, pests and diseases," Ardern said.

Half of the climate financing commitment, announced in October last year, for 2022–2025 is dedicated to mitigation and adaptation measures in the Pacific. 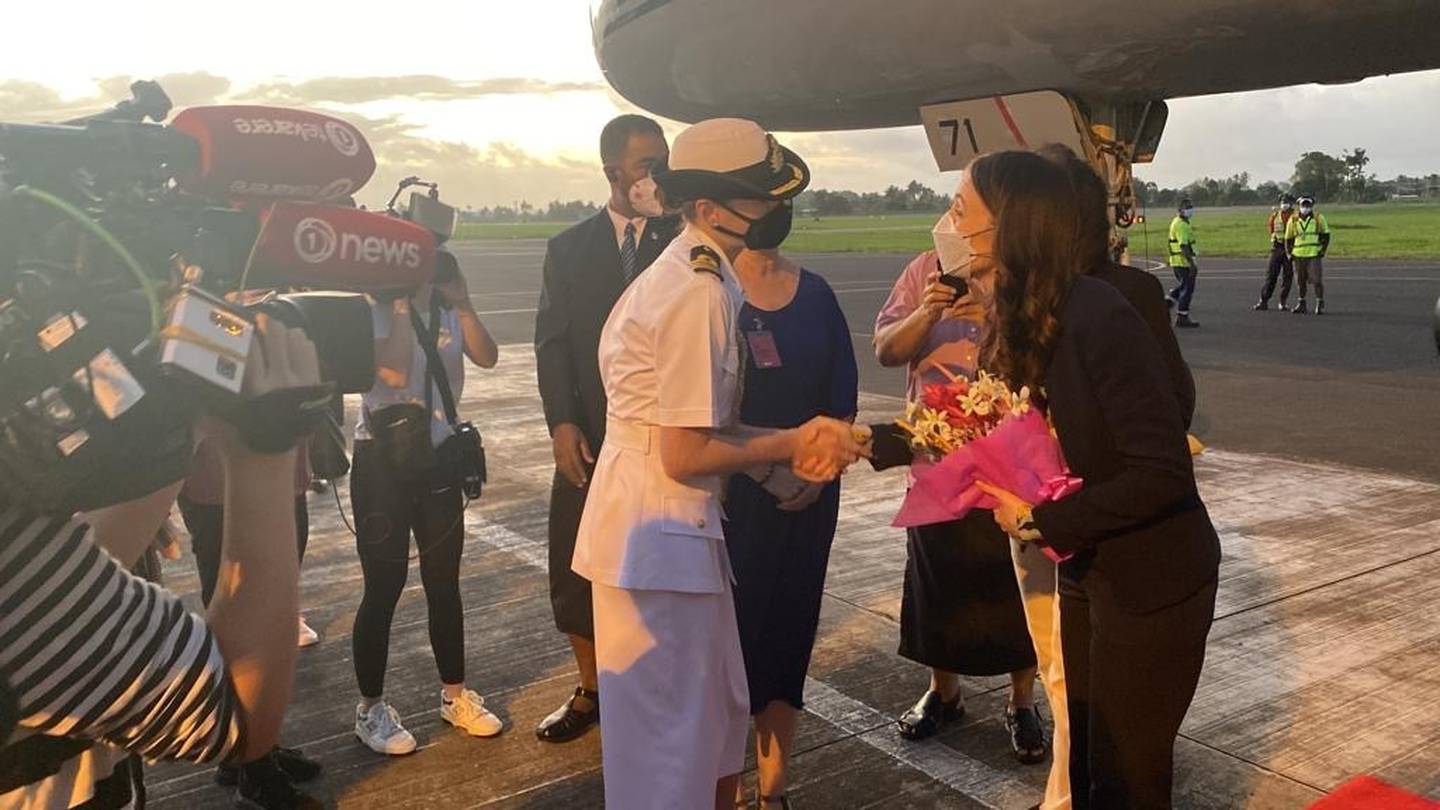 "By investing in crop diversity, we're helping to boost the overall resilience of Pacific food systems in the face of climate change. A warmer planet will make it much harder to grow many of the crops that families across the Pacific rely on for their livelihoods. A warmer, wetter or drier climate can also lead to more pests or diseases that reduce crop yield."

Low-lying Pacific island nations face an existential threat from climate change, and as such have been urging the world to keep global warming below a maximum of 1.5C. This target requires countries to make as ambitious cuts to greenhouse gas emissions as possible, and fast.

Australia and New Zealand are among the highest greenhouse gas emitters per capita in the world, and as such carry great responsibility to reduce their emissions. As the wealthiest nations in the Pacific Islands Forum, they are also looked to for financial contributions to assist others. 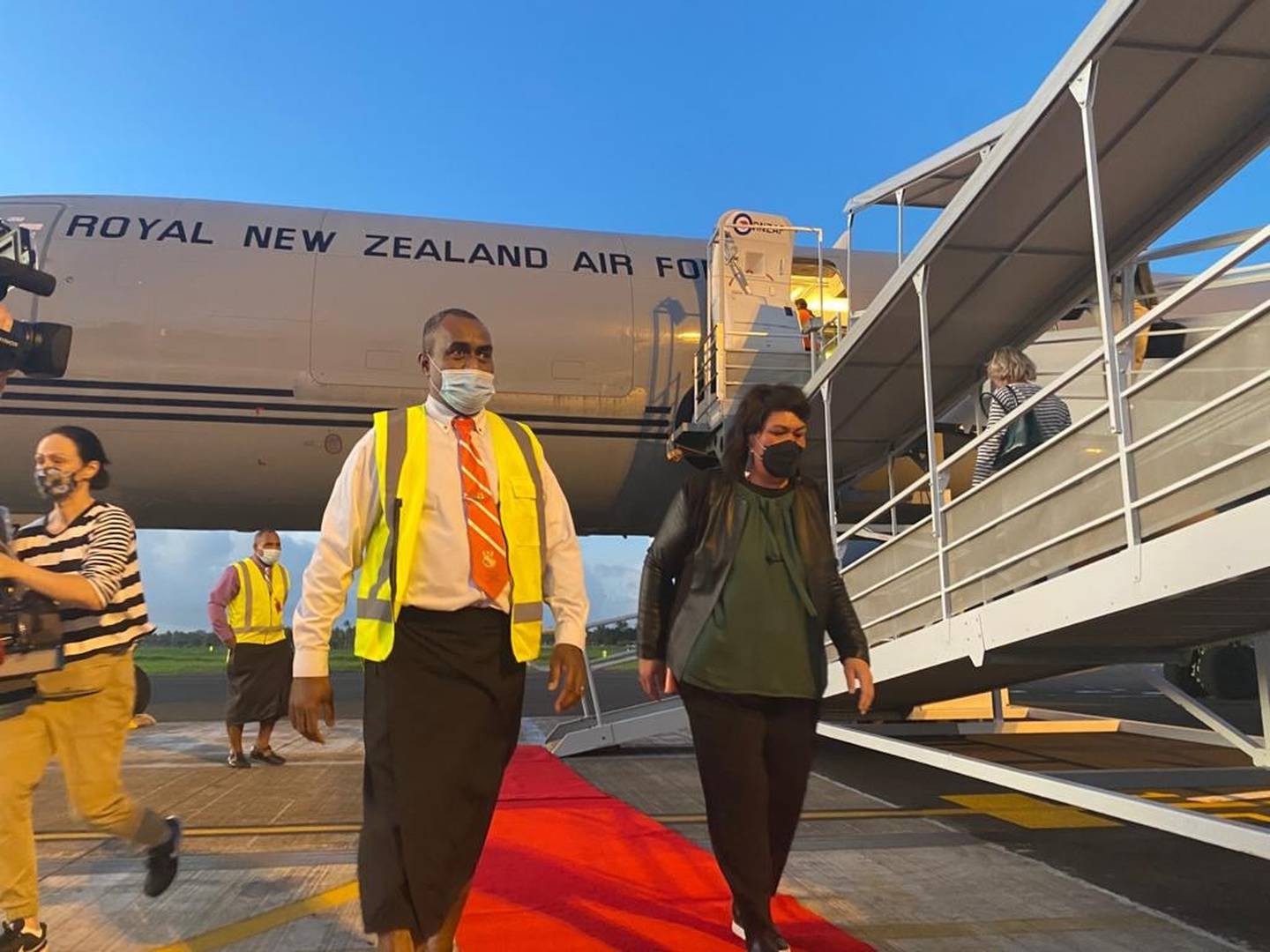 Australia has long been regarded a laggard on climate change action, largely for its devotion to coal and years of conservative leaders who have raised scepticism of its impacts.

The Climate Council last week said in a report Australia was responsible for about 84 per cent of the Pacific's emissions - per capita emissions were almost 10 times higher than smaller island nations.

Conversely, New Zealand has drawn praise in recent years from regional leaders for comparatively ambitious emissions targets and advocacy on the world stage.

New Zealand has committed to reaching net-zero greenhouse gas emissions by 2050 and reducing net emissions by 50 per cent below gross 2005 levels by 2030, which it says is in line with the global 1.5C target.

Last year the Government upped climate finance support, to help developing countries reduce emissions and for adaptation efforts, to $1.3 billion over four years - at least half of which will go to the Pacific. This puts it roughly on a par with Australia, despite having a fifth of the population and a much smaller economy. 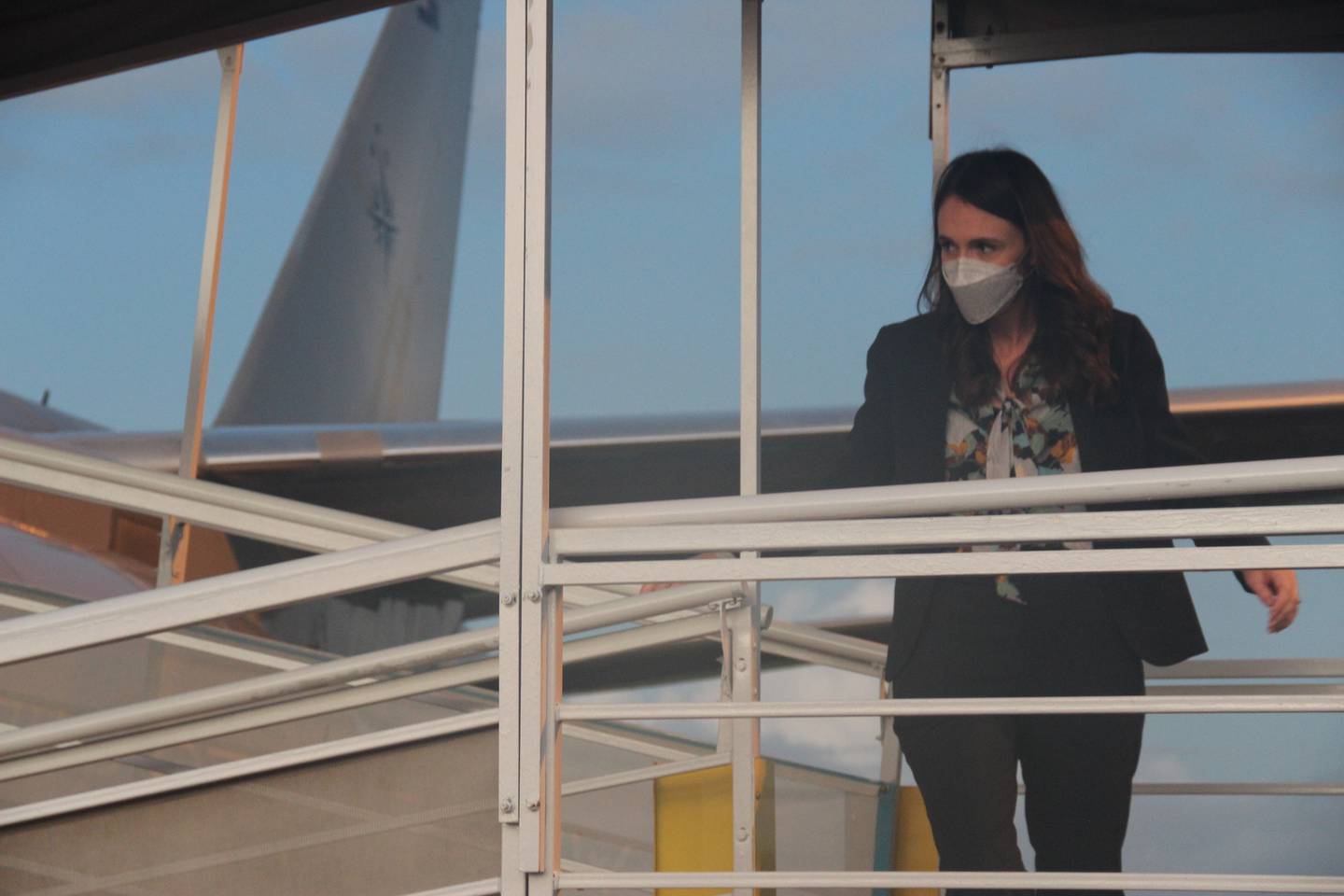 Australia is also committed to net zero emissions by 2050.

The Albanese government has been welcomed by Pacific leaders after he strengthened Australia's 2030 emissions reduction target to 43 per cent on 2005 levels (up from 26-28 per cent under Scott Morrison). He also committed to a National Transition Plan to take Australia to a "supercharged" clean energy future and move away from reliance on coal exports.

In their recent bilateral talks in Sydney, both he and Ardern spoke of collaboration on climate change as being a core part of ongoing relations.

On climate finance, Australia's commitment currently averages A$400 million a year. Experts estimate a "reasonable share" of what is needed globally is $2 billion to $3billion.

Climate change will be a key topic in meetings through the week and the leaders' summit on Friday.

Vanuatu is also seeking support in its case to get the International Court of Justice – the world's highest court – to issue an Advisory Opinion on the climate crisis.

If successful, this would have huge implications for climate litigation, and could shape the way that domestic and international courts address issues relating to climate change.

Foreign Ministers backed the bid on Friday at a meeting setting out intentions for this week, signalling leaders are likely to support it. However, support is with the caveat to see the final text first.

The bid is also in the context of Albanese seeking to co-host a United Nations COP meeting on climate change with Pacific island countries, a move also backed on Friday.