The Opposition is calling on the Government to act on boosters, rapid testing and the vaccine roll-out for children amid the Omicron community scare.

It has been announced by the Ministry of Health today that a second border-related case has been in the community.

The case is an Air New Zealand crew member who worked on a flight between Auckland and Sydney on December 24. 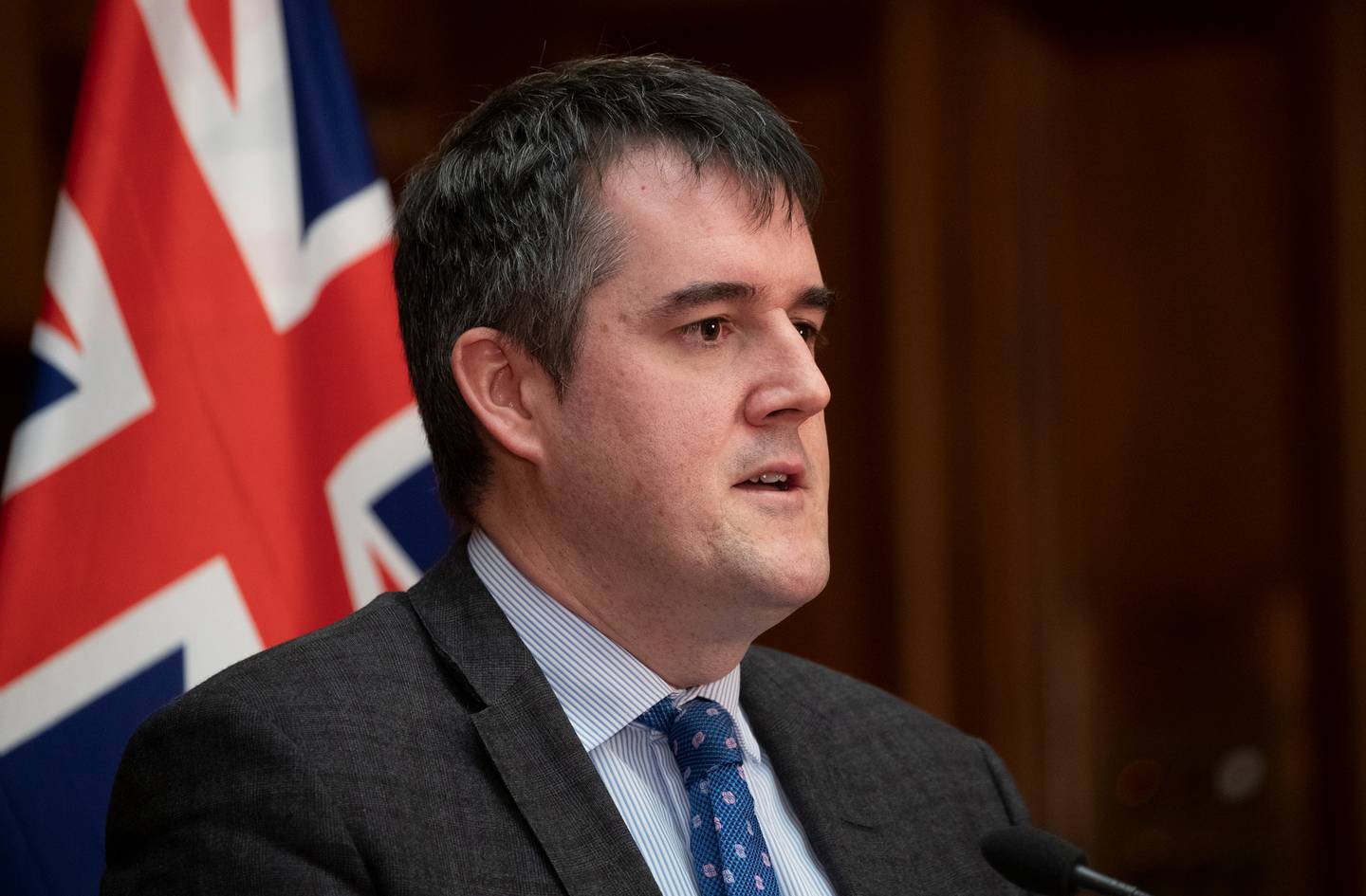 There are 60 new community cases of Covid-19 today, and 11 new Delta cases identified at the border. There are six additional Omicron cases, bringing the total number of Omicron cases to 78.

Last night it was revealed an Omicron-positive person – who later turned out to be British DJ Dimension, real name Robert Etheridge – had been active in the Auckland community for two days.

The DJ – who had travelled to New Zealand to perform at the Rhythm & Alps festival – spent seven days in MIQ, before then transferring to an approved beachside location for MIQ.

He said the Government now needed to make three urgent policy changes - to immediately allow people to get their booster after four months, bring forward kids' vaccination and allow the use of rapid antigen testing. British DJ Dimension, real name Robert Etheridge, tested positive for Omicron and had been active in the community. Photo / Supplied

"The Government needs to bring forward the timeline for kids' vaccinations. New Zealand has already been regrettably slow off the mark on 5 to 11-year-old vaccinations, and we need to speed the timeline up. Many parents are keen to get their kids vaccinated over summer and they should be able to," Bishop said.

"We are now in the situation that people will be able to get the safety of their recreational drugs tested at Rhythm and Alps this summer but not pick up a rapid Covid-19 test at the festival to see if they have Covid-19 or not," Bishop said.

"New Zealand has been far too slow at deploying rapid antigen tests in the community. They are widely available overseas at pharmacies and supermarkets, but in New Zealand the only way to get one is to either work at one of a select few companies or be unvaccinated.

Bishop said multiple types of testing techniques and technologies were needed in the community.

"This means saliva and nasal PCR tests widely available, but it also means rapid antigen testing, which are cheaper and produce much faster results." 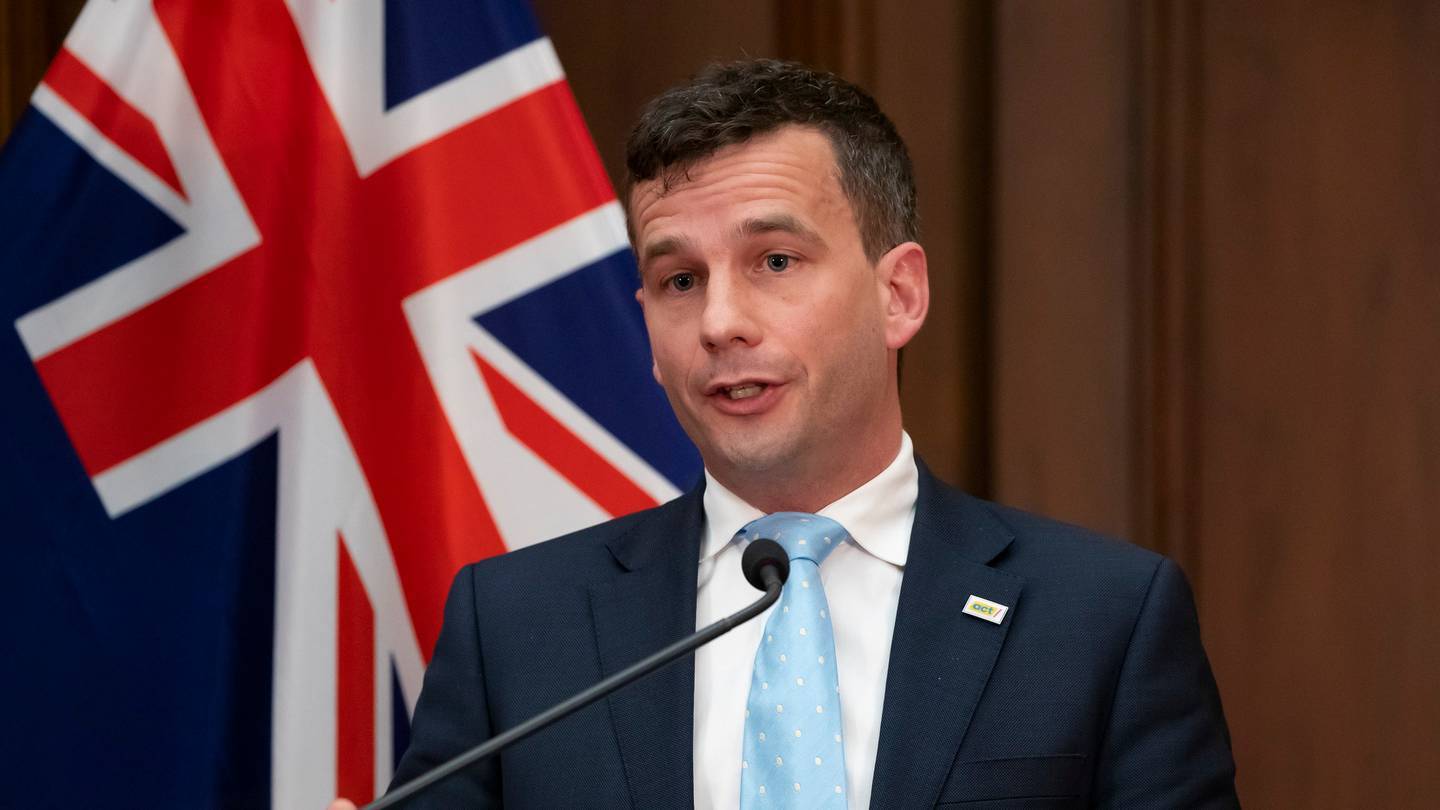 Act leader David Seymour said the news of the "near hit or miss with Omicron" should be a wakeup call for the Government's "lazy vaccine programme".

"Four-month boosters are our strategy for Omicron but there's absolutely no urgency getting them ready, that should change today," Seymour said.

He criticised the Book My Vaccine system for not being updated for four-month boosters.

"If you could book a four-month booster, there's no bookings at all until January 5," Seymour said.

"Perhaps there is a need for vaccinators to have a rest, but that doesn't apply to the entire retail sector who're working double-time right now. There's either a crisis or there isn't.

He also questioned why vaccination for children won't be available until January 17 despite FDA approval in October.

"Nobody believes that Medsafe is going to tell the world they got it wrong and stop New Zealand 5 to 11-year-olds being vaccinated for Covid. It's a shell game," Seymour said.

"At times like this, you have to hope we've dodged yet another bullet. If someone with Omicron is going to go to a nightclub and not spread it, of course it will be in the luckiest Covid country on earth, New Zealand.

"Whether it's a hit or near-miss, the Dimension case should be a wake-up call to get the vaccination roll-out on track. If it is possible for someone to get a vaccination, it should be available, without needless bureaucratic delays."

Earlier today, Covid Response Minister Chris Hipkins said up to 100 people could be isolating as a result of close contact with the man who tested positive for Omicron and spent time in the community.

University of Auckland epidemiologist Rod Jackson says New Zealanders should be very worried about someone with Omicron being in the wider community.

"The best possible explanation is it's a historical infection. That would be the best scenario that he doesn't actually have active Covid.

"The most likely and possible scenario is that he got it at MIQ which is a worry. If he brought it in, then it is a very long incubation period which would be highly unusual."

Jackson also added a warning: "We have to accept that even if this case didn't bring it in, it is going to come.

"I can't see how we can keep Omicron out."

Jackson said the Government should be very seriously consider requiring a rapid antigen test before people board a plane to NZ.