A man awaiting verdicts for fraud charges after an investigation into donations involving the NZ First Foundation claims the integrity of the country's elections would be at risk if he was named.

The argument came as two men continue efforts to maintain secrecy after being accused by the Serious Fraud Office (SFO) of operating a fraudulent scheme to conceal nearly $750,000 in NZ First donations.

The duo faced and denied two charges each of obtaining by deception during a judge-alone trial last month. Verdicts in the case are expected in the coming weeks.

The High Court had earlier ruled their name suppression would continue until the beginning of the trial, but the first defendant then made a fresh application for suppression which was argued in the High Court at Auckland today.

The first defendant's lawyer, Gregory Thwaite, said if his client's identity was known there would be a flow of "disinformation" from actors "linking [his] the name to lurid allegations by certain parts of the internet".

Thwaite said that even if acquitted, his client would suffer from "a stain that will never be wiped out" if he were associated with allegations of electoral fraud.

"Wasn't he the one who was prosecuted for electoral fraud?" Thwaite suggested people would query about any future business dealings with his client.

"His interest is to melt back into society," he said of the defendant.

Thwaite also argued suppression should be maintained to maintain the integrity of New Zealand's democracy.

The protection of genuine elections is a more important principle than freedom of expression and the role of a free media, he told the court.

"Democracy around the world is under stress and one of the reasons is the flow of money into electoral contests," he said.

"Whatever goes out will be twisted and may be used for disinformation." 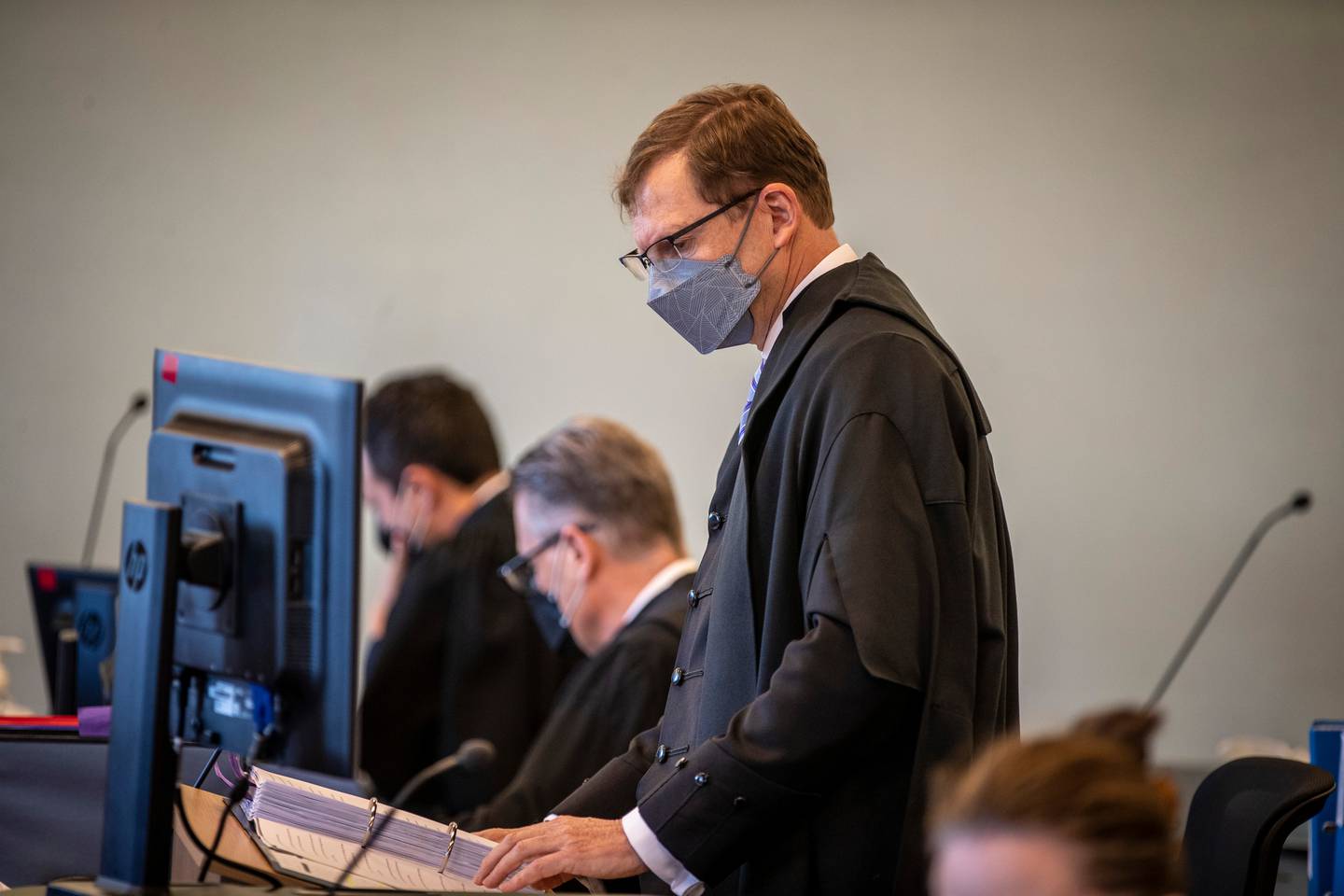 The SFO's prosecutor John Dixon QC said in reply: "Respectfully, I'm not sure how this case would impact the free and fair elections of this country and how naming [the defendant] would do that?"

Robert Stewart, who is acting for a consortium of media organisations, including the Herald's publisher NZME, also struggled to see how the integrity of the electoral system would be harmed.

He argued knowing both defendants' identities was not going to affect a potential voter's participation in an election.

Tudor Clee, representing the second defendant who has suppression as long as the first accused continues to, did not make any arguments in court today.

Thwaite again also called on an affidavit from controversial blogger Cameron Slater, which was used as part of his client's early District Court suppression arguments in November 2020.

Peters did not give evidence at last month's trial. 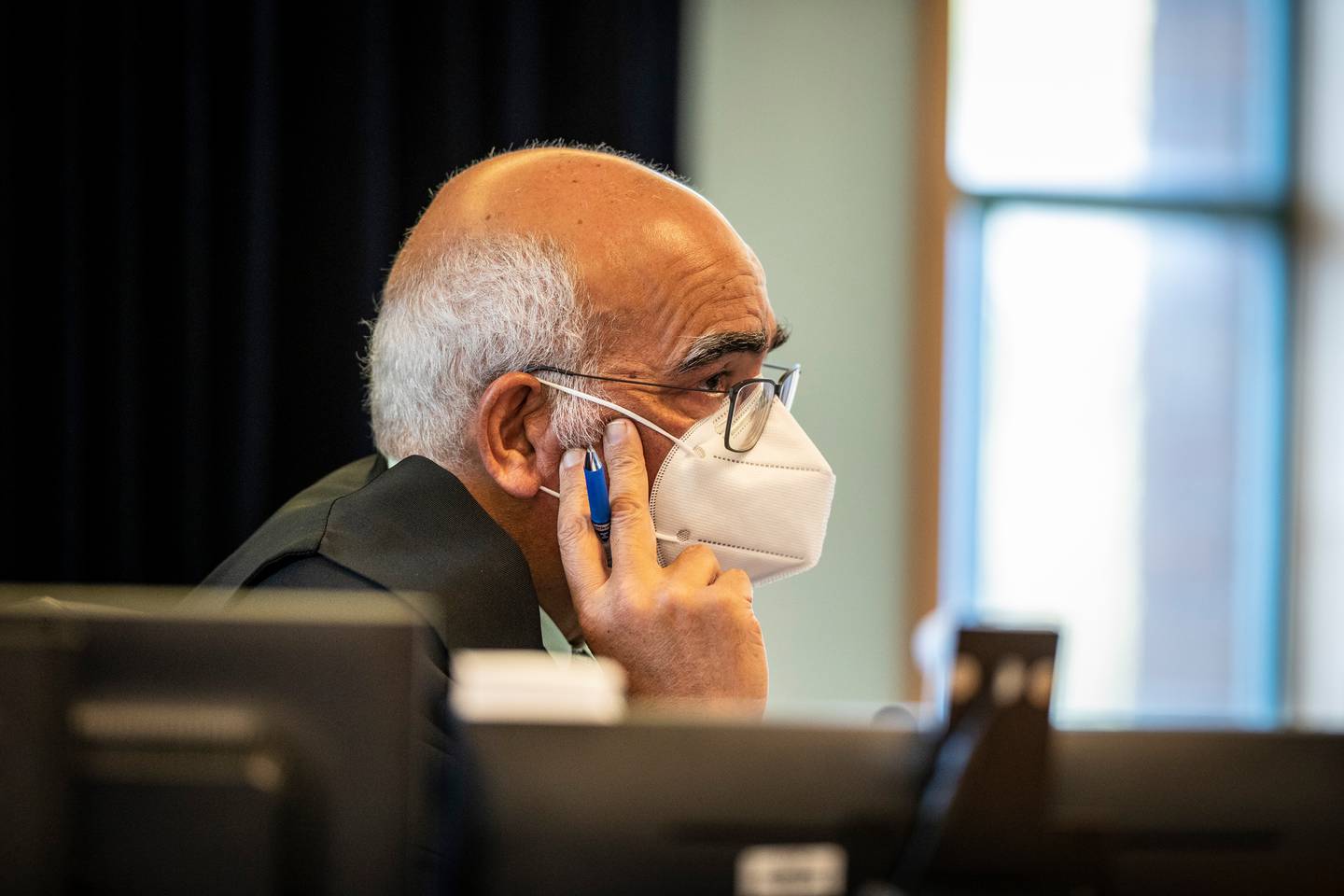 Justice Pheroze Jagose is expected to deliver his verdicts in the coming weeks. Photo / Michael Craig

Thwaite said if the court ruled against his client's suppression bid he had instructions to appeal.

"It's a bit farcical really, it seems to me," Justice Pheroze Jagose said.

He said in all likelihood the status quo and defendants' suppression would remain until any appeal was determined.

Justice Jagose, who presided over the trial, is expected to deliver his verdicts later this month.

Stewart said regardless of the judge's decision the public interest in the case should override any efforts by the defendants to remain anonymous.

Efforts to name the two accused stem from before the 2020 general election, when the group of media companies unsuccessfully took legal action in an attempt to inform voters before the polls opened.

At the time the SFO laid charges in September 2020, neither of the accused were a minister, sitting MP, a candidate in the 2020 election or a member of their staff, or a current member of the NZ First political party.

Two criminal cases over allegations of unlawful donations to both the Labour and National parties are due to be heard together at a joint High Court trial beginning later this month.