National leader Todd Muller has moved his predecessor into his shadow Cabinet, with Simon Bridges taking over the foreign affairs portfolio.

Bridges, a former Crown prosecutor, had previously asked for the foreign affairs spot but Muller had declined when he rolled the Tauranga MP in a fight for National's leadership.

Bridges was elected leader in February 2018 and held up the party's support into the 40s until the Covid-19 pandemic.

Muller is reshuffling his shadow Cabinet due to Paula Bennett's retirement.

Bennett has responsibility for drug reform and women and was ranked at No 13. She had been deputy leader before the shift.

Muller said the diversity on the front bench, the first 12, hadn't changed, but there was more diversity in the shadow Cabinet and in the 55-strong caucus.

"I wasn't going to change the front bench."

Muller acknowledged Bennett's role on issues of drug reform and he said Adams and Reti would bring an informed and considered view on the cannabis referendum.

He said he would vote 'no' in the referendum to legalise cannabis, and his feeling was that all of the caucus might do the same.

He said Bridges was a "fantastic" MP.

He said he and Bridges had a "very professional" relationship that was "absolutely fine".

Our team is focused on the 80-something days we've got to pull this thing off."

He said the caucus was "very united" and he made his reshuffle decisions on merit, not on who had voted for him in the leadership challenge in May.

"It'll be fun to watch," he said when asked about how Bridges would fare against Foreign Minister Winston Peters.

Bridges sat unranked with no responsibility although Muller made it clear that Bridges would be a senior minister in any Government Muller formed after the September 19 election.

Muller said Bridges' experience would serve him well in foreign affairs, and he could move up from number 17 if National won the election.

Brownlee, a former Foreign Affairs Minister, is the campaign chair and Muller said the move made sense. He said he didn't have to "wrestle" and Brownlee was supportive of the move. 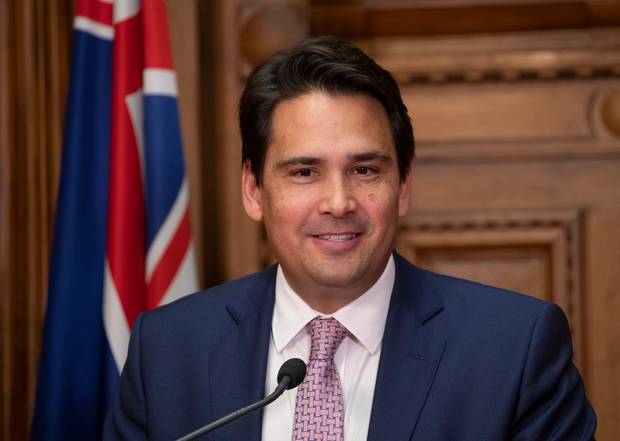 "Simon has been leader and a minister for a number of years in the last National Government. He expressed a desire for this portfolio and his experience will be valuable in this important role," Muller said.

The move was a reflection of the contribution Bridges has made to the party, Muller said.