The National Party is asking the Auditor-General to investigate the Government's cost-of-living payment after it was sent to numerous people who were ineligible.

The first of three $116 instalments was paid yesterday to New Zealand tax residents who earn up to $70,000 and are not receiving a main benefit.

However, some New Zealanders and former residents overseas have also reported receiving the payout - despite not living in the country - and the government admits it does not know exactly how many did.

Revenue Minister David Parker said about 1 per cent of the more than 2.1 million people receiving the payment - amounting to about $7.35 million - would not have been eligible, but officials did not have an exact number.

National's deputy leader Nicola Willis this morning told reporters the scale of mis-spending could be enormous and she would be writing to the Auditor-General today to request an investigation.

"We know there are a million New Zealanders living overseas, the question is, how many of them have a dormant bank account that the IRD has just thrown some money into? It's not good enough to say, 'well we think it's less than 1 per cent but we don't know'.

"We've had reports of people who've been living in Dubai - 22 years outside New Zealand - someone on the news last night from Australia who hasn't lived here for six years."

She said the cost could "run into the tens of millions". The investigation she was requesting would look into how widespread the problem was and whether taxpayer funds had been used without proper authority of Parliament, she said.

"This is obviously a significant misuse of taxpayer funding, but it's also potentially an issue at law," she said.

"The general policy statement for the cost of living legislation is explicit that the eligibility criteria for that payment require that people be both present in New Zealand for tax purposes and that they're also living here."

She said the right thing to do if people had been paid in error was to pay it back, and that they would be required by law to do so.

"I think puts New Zealanders overseas in a really invidious position. They didn't ask for this money to go into their account, and now they're in a situation here [where] according to the law they're required to pay it back, and I put to you that many of them may not even know that payment's been made yet."

She said the government had been informed throughout the entire process this would happen, and that Finance and Revenue should apologise - alongside the prime minister.

"This is a matter that we think is very serious and we think it's unacceptable that the Minister for Revenue David Parker has admitted he does not know what the scale of the problem is but has also said he will not be investigating it further.

"It's too difficult to do these payments when you're in a roaring hurry and you're making policy on the fly, which is what the case was here. This payment was put together in a real rush, and so no one has had time to iron out the wrinkles, to do the data matching, to ensure it's done properly."

Parker acknowledged the government had been advised before Cabinet decided on it ahead of the Budget - that some people would receive the payment despite not being eligible. 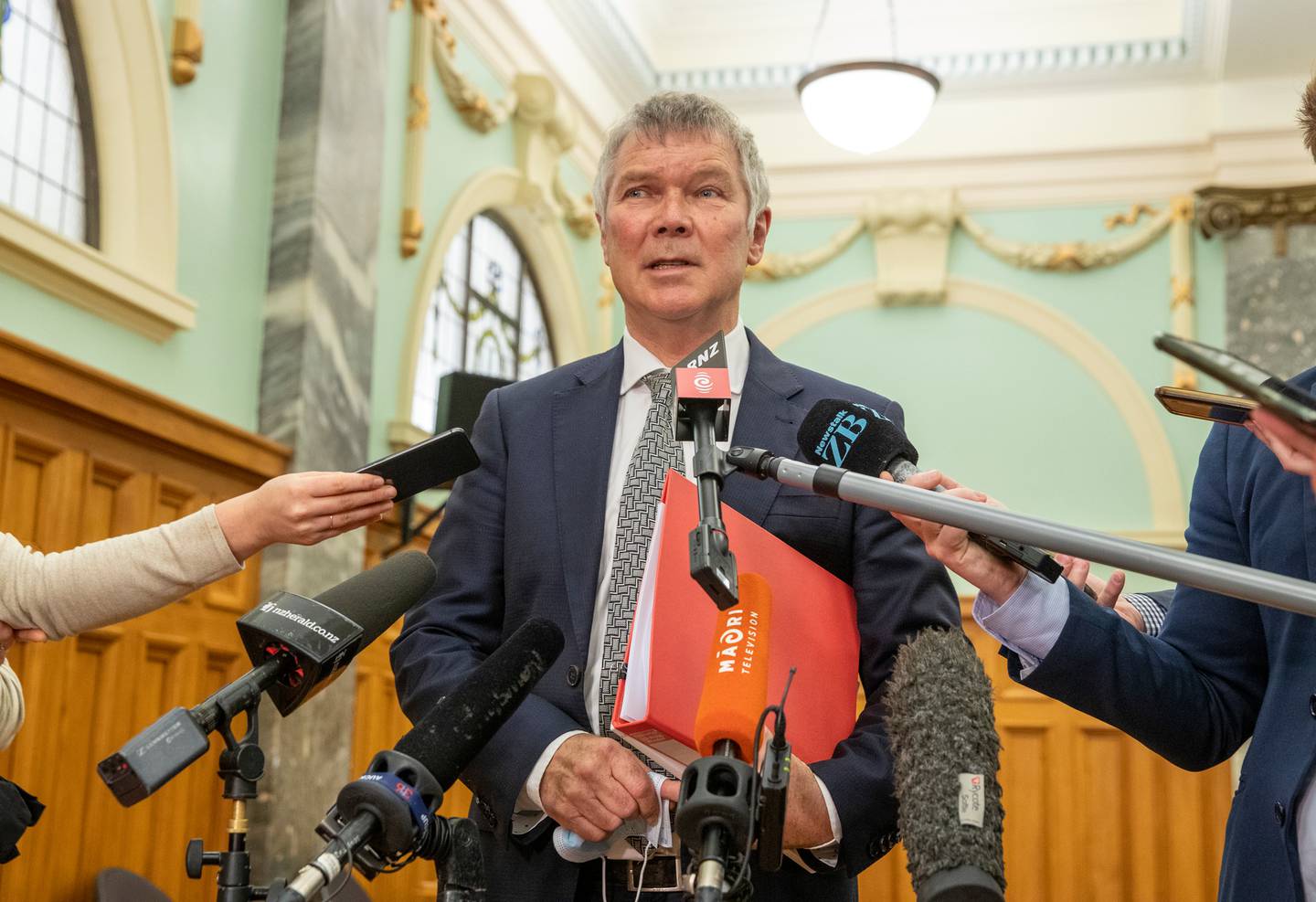 Revenue Minister David Parker is under the media spotlight over the cost-of-living payments. Photo / Mark Mitchell

"We understood those risks from the start," he said.

He suggested the scale of the problem was not as large as it was being made out to be.

He said IRD was doing a good job, and the only alternative would have been to require people to apply for the payment, which would have been costly and would have ensured many people who were eligible missing out.

"So the process that we have chosen was preferable."

Willis said a better alternative was to cut taxes.

"The beauty of that approach would have been that no one would have benefitted from taxpayer money unless they first paid that tax in the first place.