The National Party says it will ban gang patches in public places and stop members from gathering in public if it is elected next year.

As reported this morning, it would also copy Australia's non-consorting orders, which prevent gang-related offenders from associating with others.

The law and order policy was announced at the party's Northern Regional Conference today.

It comes at a time when gang violence is in the headlines, with a series of driveby shootings in Auckland over the last three weeks.

"New Zealanders are waking up daily to news of gang shootings and the only question is not if or when there'll be another, but whose street it will be in next time," National leader Christopher Luxon said.

He said gangs were recruiting more quickly than police, with 2000 new members during Labour's time in charge - compared to 1300 new police officers.

"It's unsurprising that as gang membership has exploded, there's been an escalation in crime, including public intimidation and shootings," he said.

It is already illegal to display gang insignia in government buildings. National's policy would extend that ban to all public places including any location visible from a public place - such as the exterior of a gang clubhouse. 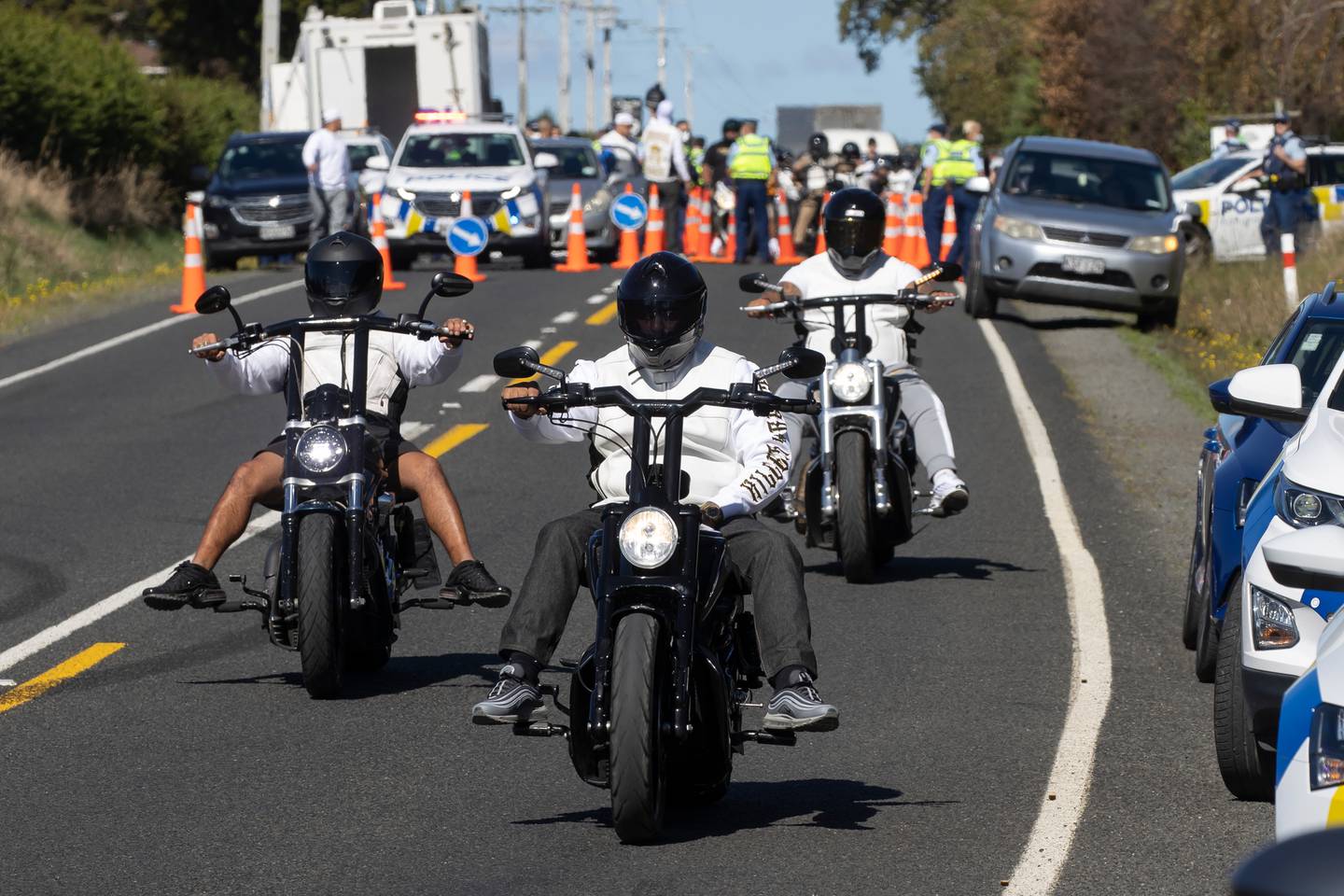 National wants to follow Australia and introduce non-consorting orders for gangs, which make it illegal for known gang members to associate or communicate with each other. Photo / Brett Phibbs

Police would be given powers to issue dispersal notices to anyone they suspected of being a gang member or prospect. Once issued, gang members would have to immediately leave a public area and not associate in public with one another for seven days, the policy paper said.

This policy came after large gang-related gatherings for funerals and other events.

National would also give police powers to issues firearms protection orders. The orders would make it illegal for the person to access firearms or enter premises where firearms were present.

The non-consorting policy would ensure police bad the power to issue Consorting Prohibition Notices to known gang offenders to disrupt or restrict their ability to engage in a serious offence.

Once issued, the specified gang offenders would be prohibited from associating or communicating with one another for up to three years.

A known offender included any gang member subject to a firearms prohibition order; convicted of a category three or four serious offence; convicted of a child sex offence; or any equivalent overseas. When a gang member could prove they had left a gang and were no longer considered at risk of committing a serious offence, they could apply to the Police Commissioner to have the notice withdrawn.

"These are four practical tools that would help Police who are facing a growing challenge on New Zealand's streets," Luxon said.

"The scenes we've witnessed recently in Auckland and other places are alarming law-abiding New Zealanders.