Senior National MP Anne Tolley has given an emotional tribute to the characters she has met through politics, from prisoners to foster kids to a constituent who had a photo of her on his coffin.

The MP for the East Coast gave her valedictory speech in the House tonight, having decided not to stand again at the election.

She first entered Parliament in 1999 as a Napier-based list MP, and again as the East Coast MP from 2005 after a three-year stint in the private sector from 2002-2005.

She held nine ministerial portfolios from 2008 to 2017, including police, social development, education and children.

She said politics was about people, and recounted the memorable ones she had met during her time as an MP and minister.

As Corrections Minister she said she took "an enormous risk" by giving the green light to Rimutaka Prison taking part in Wellington on a Plate.

"A man with a real light in his eye told me that in his whole life, he had never been good at anything but he'd found that he could cook," Tolley said.

"And a famous chef [Martin Bosley] had told him he was talented and would help him find a job when he got out."

She was proud of her role in bringing together multiple agencies to help identify society's most vulnerable, and spoke of a woman who was deemed a low to medium risk.

But starting with the woman's ACC file - she always injured herself in ways such as slamming her fingers in doors - officials learned the full extent of the her past and moved the woman to extreme risk.

Tolley said the woman was subsequently offered the support she needed for the first time in her life.

"This woman I never met. I never knew her name. But I know we saved her life," Tolley said.

She also highlighted reforming Child, Youth and Family Services (now Oranga Tamariki), and how that work needed to be based on the views of those who experience the system.

She spoke of a young, cynical teenager who was brought in to share his views, but who shunned the process and ran away from his foster home.

She later saw him at an A&P show in Gisborne and he returned to Wellington, where he "came alive around the table discussing youth justice services".

"His contribution was invaluable and insightful, and I was so grateful to the officials that listened to him and made changes."

She said it was a "huge honour" to represent the East Coast for 15 years, and she had crossed paths with many great characters and generous locals.

She made special mention of Bruce, who was dying of kidney failure and had told her that he was distressed - not for himself but for his wife.

His wife's health was also fragile, Tolley said, and she faced the strain of having to move to the Waikato because there was no dialysis unit in Gisborne. 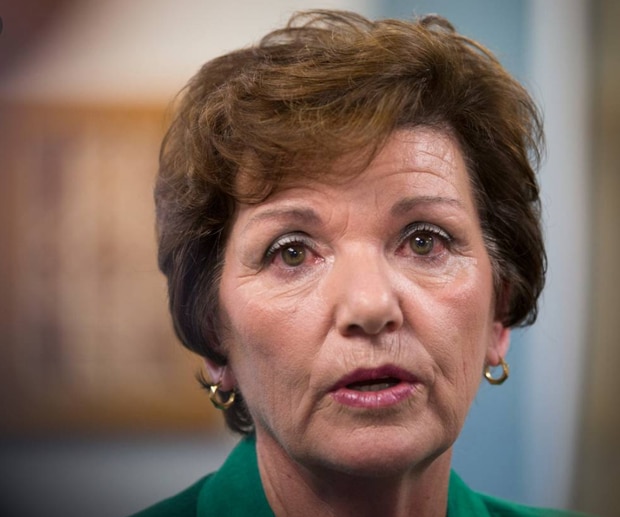 Anne Tolley has given an emotional valedictory speech in Parliament tonight. (Photo / Supplied)

Tolley and then-Health Minister Tony Ryall then saw such a unit was built in Gisborne.

"I visited Bruce there several times. He was always happy to see me, always thanked me that his wife was able to be well supported in her home as his health slowly deteriorated.

"He was a lovely, lovely man and a loving husband right to the end."

She said Bruce even had a picture of her and him on his coffin.

In the last 12 months Tolley has been part of the team developing a code of conduct for parliamentary workers, which stemmed from a review into bullying and harassment at Parliament.

"Anybody who works here or out in our electorate or community offices has the right to feel safe and respected," Tolley said.

"It's a tough environment. We all understand that, but that's no excuse for some of the behaviour that we know takes place."

She said some staff were "genuinely frightened" to come to work, and some MPs were "bullied by colleagues, and tolerated sexual harassment as part of their job".

"That is simply unacceptable."

The code of conduct included seven statements about behavioural expectations to avoid bullying and harassment, including sexual harassment.

"The public expects nothing less."

As Deputy Speaker in this term, Tolley said she had come to know MPs of all political stripes.

"Thank you for the collegiality that breaks out every now and then, and I wish you all the best of luck in the September election - some more than others."

She became emotional when she spoke about her father, who had attended her maiden speech after the 1999 election.

"We sat together every election night, watching and analysing results. He came to Wellington every time I was sworn in as a minister.

"But he's not here at the finish and it's a big gap in my life."

Her tears welled up and, looking at her speech notes, she said at one point: "Sorry, I can't read."

She was confident that she, and the people she had mentioned in her speech, had been a positive influence on the lives of many.

"That's what politics is all about."