National Party MPs are now behind the closed doors of the caucus room where they will vote to decide whether Simon Bridges holds the leadership, or Todd Muller will take through to the election.

Muller gave little away when he arrived ay Parliament ahead of the challenge this morning.

But he did say he was feeling "very excited".

"It's a momentous day for the National Party and I looking forward to the conversation with my caucus."

He did not answer questions as to whether he had the numbers to roll Bridges. Muller was with his wife Michelle - they had just flown down from Auckland.

When asked how she was feeling, Michelle said: "I'm just here to support my husband."

Maggie Barry has been the sole MP to publicly reveal backing for Muller as MPs made their way to caucus this morning.

Judith Collins arrived half an hour before the caucus meeting and said she was feeling "very chipper" and that she would be backing "whoever wins".

"I'm the person who always understands you always support the leader of the National Party, whoever that will be." 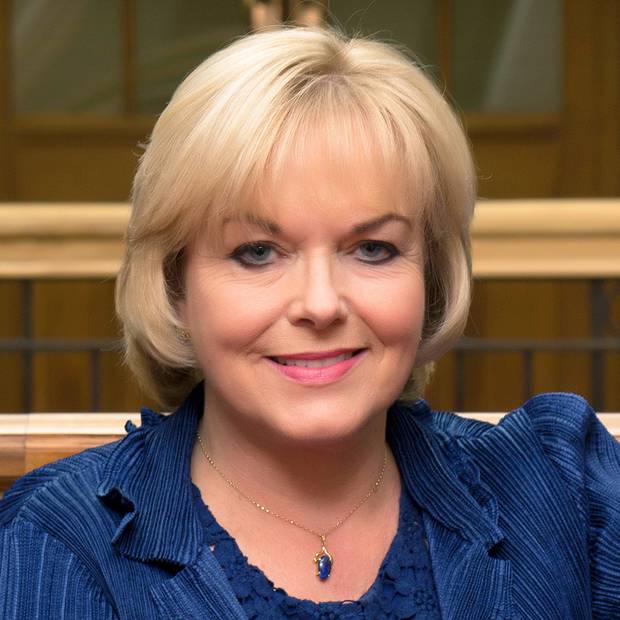 Asked if she was the 'kingmaker' she said that she was just a "humble MP from Papakura".

She said it was important to have a "very clean vote today and there is not split voting - "I'm just very keen to make sure that three months out from an election that the National Party gets ourselves all together, focused, unified and onto the job."

Asked if she had any advice for any of the leadership hopefuls, she said: "Oh, I have a lot of advice for people and sometimes i even take it".

She said it's normal for opposition to go through "tough times".

"The Opposition leader is a tough job at the best of times."

She said both Muller and Bridges were both "quality people" and she would be backing "whoever wins today".

Bridges is backing himself to win the vote but National MPs supporting Muller are confident they have the numbers to roll the existing leader – especially after last night's One News/Colmar Brunton poll.

It showed National had just 29 per cent support – it is the worst result in that poll since 2003.

Labour, meanwhile was at 59 per cent.

Northland MP Matt King admitted the poll results had been disheartening. "When polling goes down, it doesn't make you feel very good. But polls go up and down, don't they? We're coming back, definitely. We're going to win this."

King has a slim majority in Northland, but was not concerned the swing in the polls would hit him, saying he had done "the hard yards in my electorate."

National MP Ian McKelvie declined to say who he would be voting for. "I just don't think it's a great day for politics. It's just one of those things you've got to go through."

On last night's poll he said: "It's an interesting figure. I don't believe it. I think things are a little different to that."

Whanganui MP Harete Hipango declined to say who she would be voting for:

"Undecided. Still waiting to hear what's said. We're in for an interesting morning."

"It's a caucus decision and I'm not saying anything outside of that."

National MP Nick Smith was the first National MP to be spotted by media this morning.

However, he was reluctant to comment. He would not say who he planned to vote for, nor what he thought of last night's poll.

All he would say was: "National will come out of this stronger, and more united than ever."

National MP Mark Mitchell was also tight-lipped when speaking to reporters this morning.

He said there were high levels of anticipation in caucus, but the focus now was heading into the meeting to "get this resolved".

"I'm not going to speculate at all - I'm going to respect the process," he said, when asked if Bridges had his support.

He said he would not say which way he was voting because he wanted to respect his caucus colleagues.

"But in my view we're going to fight our way back from it. Now we're into the economic recovery phase and I think, as a party, that's one of our core equities."

"I think we will recover strongly from this."

Mitchell again ruled out a bid at the leadership this morning.

"I'm not even going to consider that," he said, adding that he will respect the outcome of today's process.

Mitchell earlier this week said he would be standing by his leader, and says he is not one of the two MPs who are challenging the leadership of Bridges and deputy Paula Bennett.

Mitchell told Newstalk ZB's Mike Hosking that Bridges has shown a huge amount of resilience over
the past two and a half years, has enormous self-belief and is a smart guy.

He pledged his loyalty to Bridges when he became leader and says he'll keep it.

Veteran MP Anne Tolley said it was "entirely natural" that National would have taken a hit in the polls over the Covid-19 lockdown period, and that Jacinda Ardern was being rewarded for doing "a good job".

However, she did believe National could rally.

"It's entirely natural. We've all been dispersed back into the electorate and we've been locked out both of Parliament, and of the media."

Asked if National could make a come back from 29 per cent in the polls, she said "of course they can."

"You've had Jacinda on television and radio dominating it for six or seven weeks. It's natural people would react to that. And she's done a good job of keeping the country together, so she's rewarded for that."

Tolley would not say who she would be backing but expressed some frustration about the distraction it was creating.

"I'd much rather be back in my electorate. It's the first chance I've had to get out and about since Covid lockdown. That's all I'm going to say."

Meanwhile, National MP and Bridges supporter Michael Woodhouse did not stop to talk to waiting media.

National MP Tim Macindoe also would not say which way he would vote this morning.

Speaking to media, he said he had been lobbied from both sides but would not say which way he was leaning.

"We have two very good candidates," he said.

He added that he would be listening to both of their pitches in caucus this morning.

National MP David Bennett arrived at Parliament, walking past waiting media without saying a word other than that he was not going to comment.

Bennett had replied to an email from somebody who had wanted Bridges replaced as leader, Bennett saying "working on it."

National's chief Whip Barbara Kuriger has insisted National "has a united caucus" and her job was to make sure it stayed that way.

Kuriger arrived at Parliament in her car and briefly spoke to media through the window.

How the vote works

Bridges instructed all 55 National MPs to be in Wellington today to vote on the leadership.

Some arrived last night but many got to the capital this morning.

It is understood MPs will meet today at noon in National's caucus meeting room.

It is here that Muller will challenge Bridges for the leadership. At this stage, Muller is the only challenger known.

MPs will cast their votes and the candidate with the majority support of their caucus will be leader.

It is unclear how long this could take.

Following the vote, National will call a press conference in Parliament where either Bridges or Muller will address media.

National's press team will likely send out a press release beforehand, announcing who won the vote. 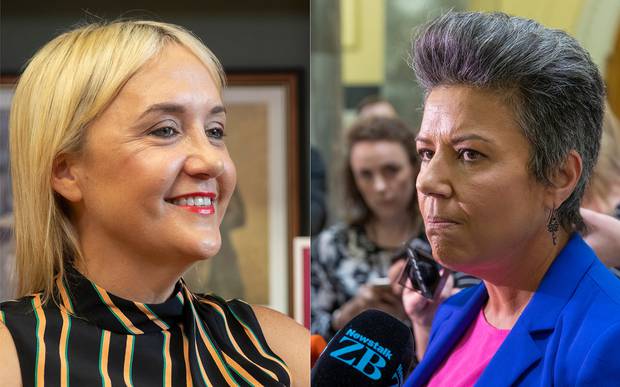 Bridges has said he's confident he has the numbers to remain leader.

One MP in Muller's camp told the Herald the poll confirmed what was already known – "there is a strong need for change".

'Not interested in being the deputy for anyone' - Collins

Speaking to the AM Show, senior National MP Judith Collins said she did not throw her hat in the ring for the leadership because she didn't have "sufficient support in the caucus".

She also ruled out a run at deputy leader.

"I'm not interested in being the deputy for anyone."

Collins said she was only interested in representing her Papakura electorate.

In terms of today's vote, she said: "Whatever happens, it needs to be clean."

She said both Muller and Bridges have excellent qualities.

For Collins, she said respect for the voters and people of New Zealand is important for her, and something she wants to see for National's leader.

Collins said Muller was a respectful man, and Bridges has "very good qualities".

She said she will support whomever wins the leadership vote.