The two television personalities-turned MPs traded barbs at the end of a select committee hearing at Parliament today.

In an exchange captured on audio, National MP Lee suggests to a staffer there should be two microphones when two Ministers appear in front of the Economic Development, Science and Innovation Committee.

But things get a little heated when Labour's Coffey weighs in.

"Hey, hey, stick to your job love," he says. "Ordering around the microphones."

"That's why you work in TV don't you," Coffey replies.

National's Judith Collins later tweeted about the exchange saying she had to tell Coffey that calling a senior female MP 'love' was completely inappropriate.

"Some folks also note that it is entirely inappropriate for a woman long past the age of 16 to be referred to as a 'girl'." 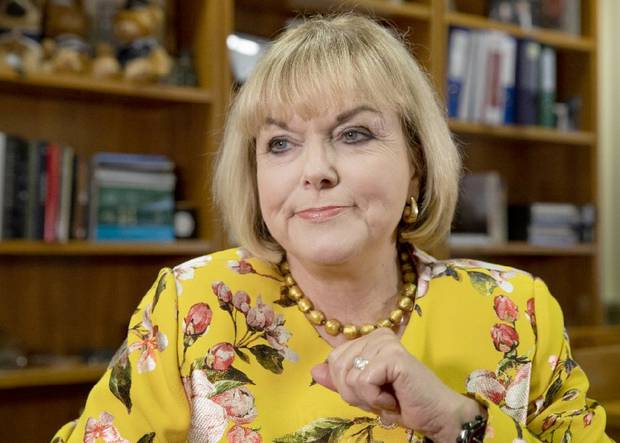 Judith Collins had to say it was inappropriate to call a senior woman MP 'love'. (Photo / Mark Mitchell)

Lee, who fronted the TV show Asia Downunder before becoming an MP, is National's spokeswoman for broadcasting, communications and digital media.

Coffey also has a background in broadcasting, as a presenter on Breakfast and numerous other TV shows before becoming MP for Waiariki.

Listen to the clip below.

Listen: “Stick to your job, love.”

National MP Melissa Lee appears to suggest there should be two microphones when two Ministers front the select committee.