The Ministry of Justice has hit back at online critics who mocked a recent advertisement seeking applicants to fill roles in an anti-racism team, revealing that assumptions made about the ethnicity of the people featured were incorrect.

The advertisement, posted to social media yesterday, attracted howls of outrage from the Twitter mob, who mocked what they assumed was a homogenous, Pākehā group.

The ad was seeking applicants for a team building a "National Action Plan Against Racism".

"What is this? The National Party?" wrote political commentator David Cormack, who shared a screenshot of the advert to Twitter. 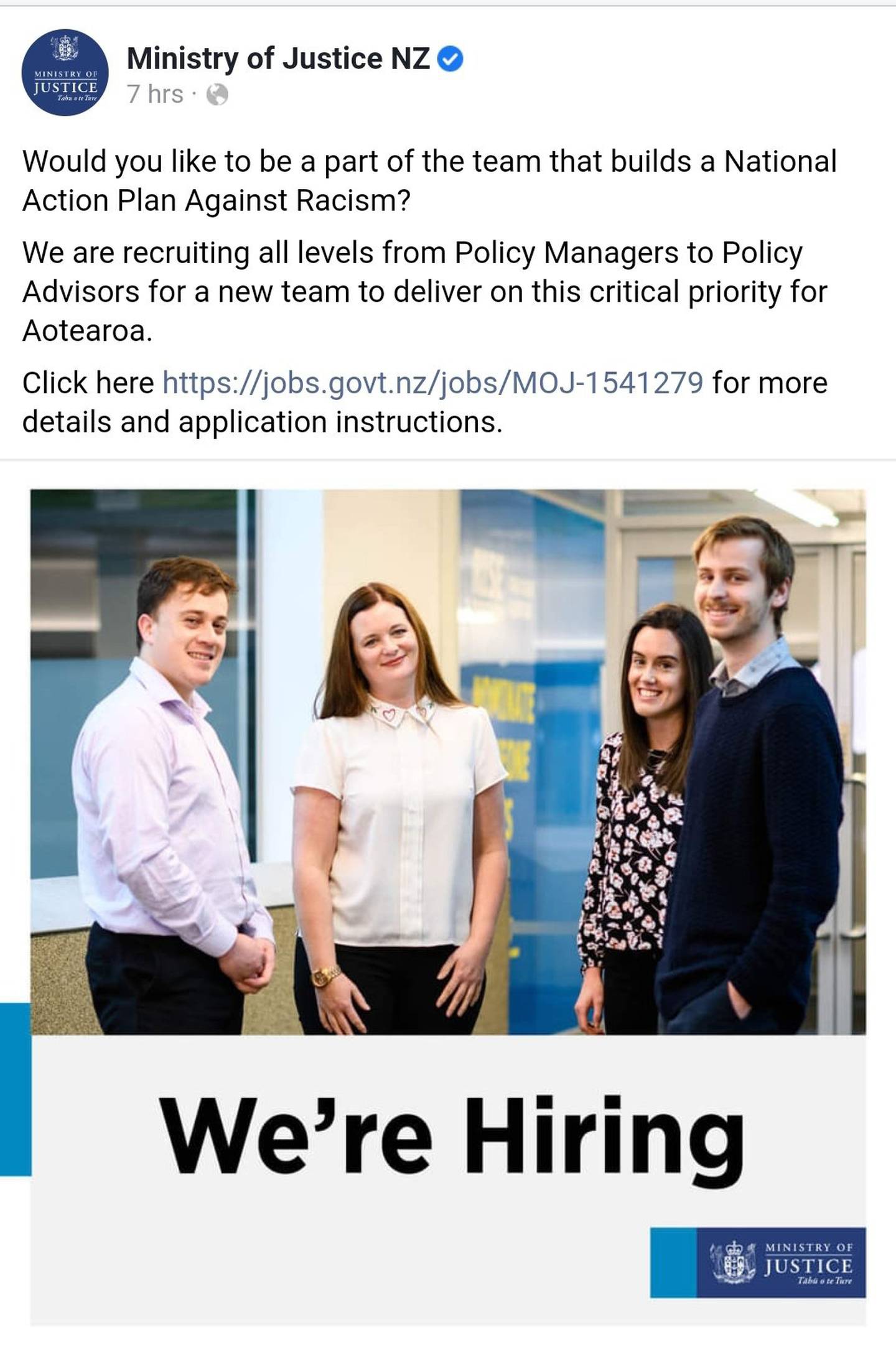 "Are these people the racists or the white saviours?" wisecracked one commenter.

"POC staff too smart to stand still for this," said another.

After the backlash, the original advertisement was removed.

In a statement to the Herald, the Ministry of Justice's Deputy Secretary Policy, Rajesh Chhana, said that critics had got it very wrong.

"The commentary on social media is a timely reminder of how damaging it can be to assume ethnicity," Chhana wrote.

"The people who appear in the advertisement for National Action Plan Against Racism are a cross-section of gender, sexuality and ethnicity."

Chhana said that, while the ministry had received no formal complaints about the ad, they removed it because "the commentary has distracted viewers from what is truly important; and that is to build a team to address racism nationally."